Tie-Ins Range From Fragrances to Hotel Key-Cards
READ THIS NEXT
Watch Elon Musk’s awkward ‘SNL’ promos—plus, why his hosting stint is so controversial

Ever wonder what the Incredible Hulk smells like? Try Indian sandalwood, musk and sharp cedar. 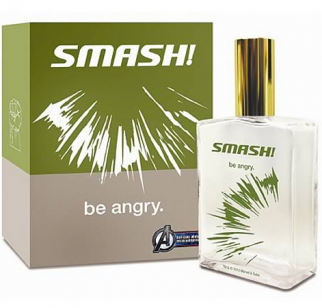 The fragrance based on the Hulk

"It's more of an earthy fragrance," said Andrew Levine, CEO of Jads International, the Maryland-based marketer that signed on to produce a line of "Avengers" scents, including Smash, a cologne based on the green superhero. "You have to mimic the character."

Dozens of companies are tying in with "Marvel's The Avengers," the Walt Disney Co. action film opening today in the U.S. With its Captain America character dating back to World War II, "The Avengers" has an unusually broad appeal, attracting licensing and sponsorship deals that go well beyond toys, including ones for hotels, fragrances and luxury cars.

Searching for revenue beyond the box office has been a big part of the strategy at Disney, where the Marvel division generated $6 billion in retail merchandise sales last year, according to License Global magazine. Disney's consumer products division produced operating income of $816 million in 2011, more than the $618 million brought in by the company's original business, its film studio.

"The superhero transcends age, gender and ethnicity," said Robin Korman, head of loyalty marketing at hotelier Wyndham Worldwide, which is offering a ticket giveaway for guests. "It really is one of those genres that 's universally embraced."

Wyndham made collectible room key-cards and commissioned 400,000 copies of a comic book from Disney's Marvel division to distribute free at its properties. The comic features "Avengers" characters including Iron Man and the Black Widow enjoying loyalty program perks such as free rooms and Internet access. The Hulk works out in a fitness center.

"Please don't blow up any of our hotels," Ms. Korman asked Marvel's illustrators.

"They have a built-in fan base hungry to see this concept come to life," Mr. Bernacchi said, adding "they are 22 percent more likely to purchase a motorcycle."

Sales of movie-related toys, gadgets and apparel can exceed film receipts, Jay Rasulo, chief financial officer at Disney, said last year. The company, which didn't respond to requests for interviews, is scheduled to report fiscal second-quarter earnings on May 8.

Marvel-related toys, such as Thor hammers and Hulk fists, are expected to generate a record $400 million in revenue this year for licensee Hasbro, according to Drew Crum, an analyst at Stifel Nicolaus & Co.

"We expect Disney to push the Marvel franchise more aggressively across international markets," Mr. Crum wrote in an April 27 report.

"The Avengers" is the first Marvel film Disney has marketed since purchasing the business for $4.2 billion in 2009. The movie has broken international box office records, grossing more than $281 million overseas as of May 2, Disney said in a release. And it may help Disney forget the debacle of its last big release, "John Carter."

Mr. Levine, the cologne maker, said the response has been "phenomenal" to his line of "Avengers" scents, which retail for $29.99 a bottle and target customers 16 years and older.

"It's all about being a hero," he said. "People want to be part of something good."