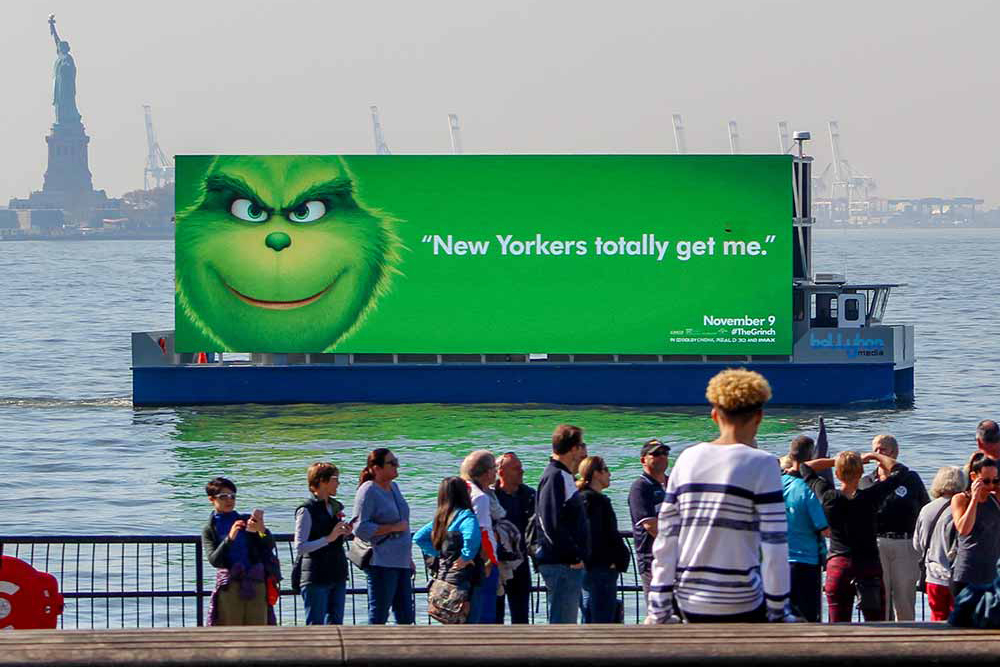 Floating digital billboards that attracted a storm of backlash this year may soon have to sail away from New York for good.

“These floating billboards are a nuisance that blight our shores and distract from the great natural beauty of our waterways,” Cuomo said in a statement. “This action will help make our waters more enjoyable and safer for everyone.”

The legislation gives local governments the ability to prohibit vessels equipped with billboards from operating or anchoring within 1,500 feet of their shores.

Ballyhoo Media CEO Adam Shapiro wrote in an op-ed for Crain’s New York Business last month that his small business was “Amazoned:” A "handful of critics" pressured elected officials to run him out of town. The Miami-based company brought its ad boat to New York in October, with a route that glides its digital ads in front of Hudson Yards, Battery Park City and beneath the Brooklyn Bridge, among other landmarks. A 30-second looped spot on the boat costs $55,000, according to a January report from Digiday.

In a statement to The New York Times on Tuesday, Shapiro said he remained “undeterred.”

”Our legal team believes these changes to the navigation law do not prohibit us from operating,” he said in the statement. “Instead they offer clarity on what we can and cannot display with our platform. As such, Ballyhoo intends to continue providing an innovative platform that encourages creativity, collaboration, and community.”

New York City Mayor Bill de Blasio sued in March for an injunction to block Ballyhoo, arguing that city zoning prohibited advertising signage in most districts the barge operated in. The city won a temporary injunction earlier this summer in the case, which is ongoing. City Council also took action, with two councilmen pushing a bill that would have tacked $100,000 fines on floating LED billboards.

Ryan Deffenbaugh is a writer for Crain's New York Business.

Ryan Deffenbaugh
View all articles by this author