Prediction: The Condé Nast glossy is going to sell a lot of copies 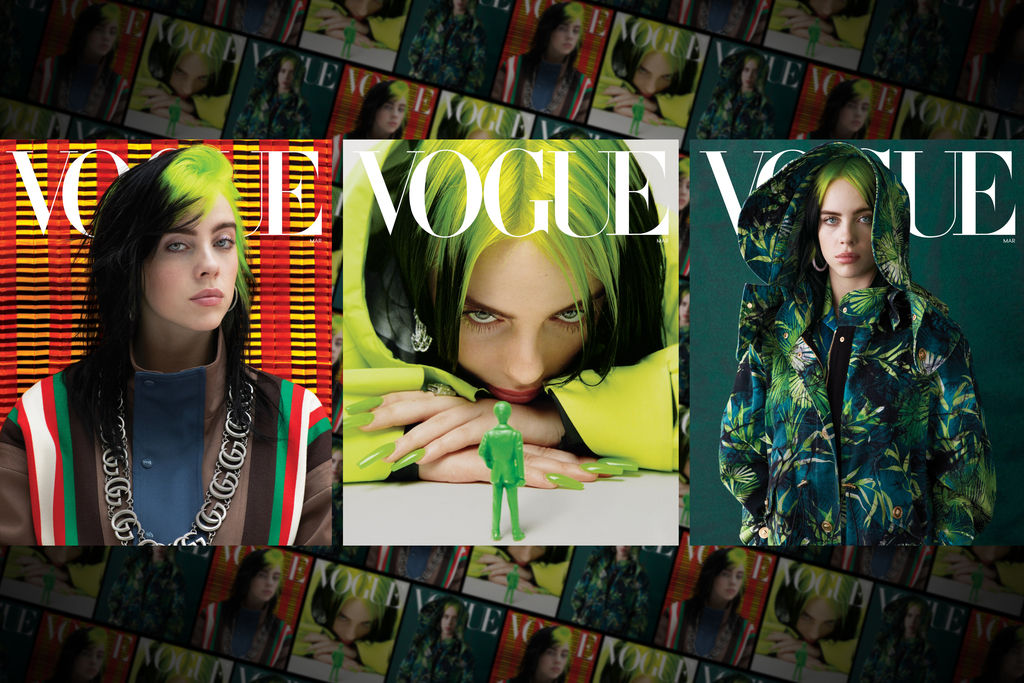 Prediction: Vogue magazine is going to sell a lot of copies of its March issue, which is fronted by pop superstar Billie Eilish. Not only is the issue-drop perfectly timed—coming in the wake of Eilish’s Grammy Awards sweep and just a few days before her Academy Awards performance—but the Condé Nast glossy has split its print run three ways to show off three different (collectible) covers of the 18-year-old style icon.

Hassan Hajjaj, Harley Weir and Ethan James Green are the A-list photographers who shot Eilish (as shown left to right, above), who has already shared the covers with her 52 million followers on Instagram this morning.

And in a smart nod to the vibrant community of young creators who are among Eilish’s most hardcore fans, a fourth digital-exclusive cover features an Eilish illustration by 16-year-old Nastya Kovtun. (Scroll down to see it, along with larger versions of the three photographic covers, with coverlines, via Vogue’s official Instagram.) Vogue knows exactly what it’s doing here.

See also: the cover story itself, “How Billie Eilish Is Reinventing Pop Stardom,” by Rob Haskell.