Nicki Minaj spent the summer shilling for Pepsi, but she soon may have a Coke perched in front of her on the set of Fox's "American Idol." 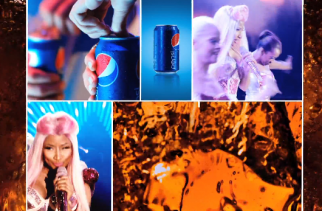 Nicki Minaj in her commercial for Pepsi

Though Fox has not officially confirmed Ms. Minaj as a judge, the soda giants are giving the partnership a green light. Fox declined to comment.

Coca-Cola, which has been sponsoring "American Idol" for 11 years, said it will be back as a partner in 2013 but isn't weighing in on judges. "We are not directly involved in the specific editorial aspects of the show," Melina Baetti, a Coca-Cola spokeswoman, told Ad Age . "'American Idol' has always done a great job over the past years bringing in new talent to the show to keep it exciting for viewers, and we look forward to the 2013 season."

And Pepsi, which featured Ms. Minaj in its first global campaign this year and at a "Live for Now" concert in New York just last week, says it's supportive as well. "Pepsi works with some of the hottest stars in the world of music," Andrea Foote, a spokeswoman for the brand, told Ad Age . "So, it's no surprise that the producers of 'American Idol' would look to the Pepsi family to find their newest judge. Nicki remains a part of the Pepsi family on a global basis. We wish her the best as she takes on this new role."

It's not clear whether sipping Coke during "American Idol" episodes would violate her contract in any case. Pepsi declined to discuss the contract's terms. 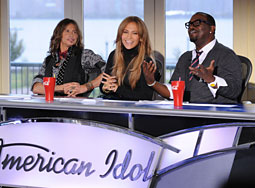 The cola giants have sparred over talent before. Earlier this summer, Coca-Cola terminated a sponsorship deal with Brazilian soccer star Ronaldinho after he showed up at a press conference drinking a Pepsi. And Britney Spears, now a judge on Pepsi-sponsored "The X-Factor," was caught by paparazzi swilling Coke while under contract to Pepsi back in 2001.

So signing on with "American Idol," a property so closely associated with Coca-Cola, while still working with Pepsi is perhaps a bold move for Ms. Minaj. Pepsi decided to feature Ms. Minaj in its new campaign after execs heard the lyrics to her song "Moment 4 Life." The lyrics -- "I wish that I could have this moment for life/'Cuz in this moment I just feel so alive" -- parallel Pepsi's strategy of capturing "the excitement of now."

"Nicki is at a great point in her career," Brad Jakeman, president-global enjoyment and chief creative officer, told Ad Age this spring. "We have always found artists at just the right moment in their career -- where they are famous enough to have earned a place in pop culture but not so famous that they're played out. Then the association with Pepsi has really amplified their pop-culture relevance. That's when the brand is at its best, when it's really participating with entertainment."