LOS ANGELES (AdAge.com) -- The drive for better business on cable has encouraged Court TV to become TruTV, Syfy to carry pro wrestling and, most recently, Spike to seek older men who can complement its audience of young guys. 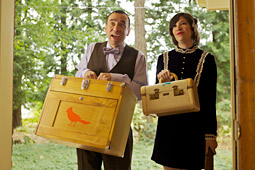 But the channel doesn't want to change too much, risking the young, affluent, well-educated and often hipster crowd that already watches it -- even as they watch less TV overall and stream more stuff online. "We're not looking to be all things to all people," said Evan Shapiro, president of IFC. "We didn't want to become a general-entertainment brand. There's still a very important segment of the population watching less TV. So we're opening up our programming so we can do things like 'Onion News Network,' which is the most expensive thing we've ever done by far."

Ramped-up development slate
IFC, part of Rainbow Media, has never had this many original shows simultaneously in development. "Onion News Network," the first TV extension of a news parody that has lived online so far, and "Portlandia," a satire from "Saturday Night Live" star Fred Armisen and Lorne Michaels, arrive in January. The travel documentary series "Young, Broke & Beautiful," a sort of "No Reservations" for the urban hipster set, arrives next summer. And the channel has two more shows in development that haven't been greenlighted as series yet: "Whisker Wars," from "Deadliest Catch" creator Thom Beers, and "I Love Local Commercials." 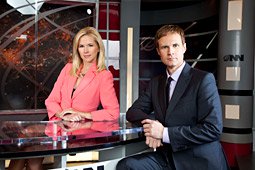 Smaller movie titles, such as recent IFC theatrical releases "Tiny Furniture" and "The Killer Inside Me," will air on Rainbow sibling Sundance Channel, while IFC will focus more on popular indies and indie-minded studio films such as "Pulp Fiction" and "V For Vendetta." But IFC, which built its brand on showcasing edgy and occasionally explicit movies and TV series, still won't alter programming for content or length. Instead it's hoping a wider range of advertisers will sign up to reach its audience of "authentic influencers" and "responsible rebels," as it positions them, and look the other way during certain scenes in films such as "Reservoir Dogs."

Verizon, Chase, Free Credit Score join ad mix
And even as it welcomes traditional commercials from marketers beyond its usual mix of luxury cars and spirits -- Geico, Expedia.com, Verizon, Chase and Free Credit Score are all coming aboard -- IFC is continuing to team up with advertisers for branded content that will air during isolated commercial breaks and custom 60-second pods. "Young, Broke & Beautiful" is already sold out of slots for branded integrations from the likes of Boston Beer and Toyota's Scion.

IFC's predominantly young male audience syncs up nicely with Scion's own target consumer, and also aligns with the brand's long-term commitment to independent filmmaking, according to Nancy Inouye, advertising and media manager at Scion, which has teamed up with IFC for extensive on-air and online integrations in the past. But some sensitivities do apply when it comes to content. 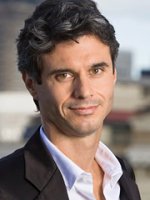 Evan Shapiro
"We work closely with the network to ensure our advertising does not run in overly explicit or violent content," Ms. Inouye said in an email. "However, we also strive to maintain the integrity of our brand with the on-air content, and in some cases this can result in our units airing within programming and/or films that are normally deemed acceptable, but may have minimal inappropriate content. In this regard, it is part of the partnership and communication when working with a creative network."

DVR destination
IFC's changes, however, also mean relying on ratings as a currency for the first time. Since flipping the switch and becoming Nielsen-rated on Sept. 30, the network has seen particular strength on Friday nights, when it airs repeats of comedies such as "Arrested Development" and "Freaks and Geeks," averaging 76,000 and 94,000 viewers on live-plus-same-day viewing, respectively. IFC is also heavily time-shifted, with Friday ratings growing an average of 46% after seven days of DVR viewing are factored in. Original comedy "The Increasingly Poor Decisions Of Todd Margaret," starring "Arrested" vets David Cross and Will Arnett, also seems to be benefiting from this activity, gaining 74% more viewers after seven days for an average total of 118,000.

Available in 63 million homes -- compared to 90 million or more for most established networks -- IFC's going to have to attract quite a few more of its responsible rebels before it can compete with key competitors like Spike and Comedy Central.

Other channels may be bigger, but IFC viewers comprise a concentrated slice of particular consumers that many advertisers want, Mr. Shaprio argued. "There is a sub-nation of people like this," he said. "It's not the largest audience in the world, but this is going to be the best place to reach them," he said.