Get Your Analog Social Media Campaign On
READ THIS NEXT
Warner Bros.’ 2021 films to hit both HBO Max and theaters in move that rocks film and streaming industries 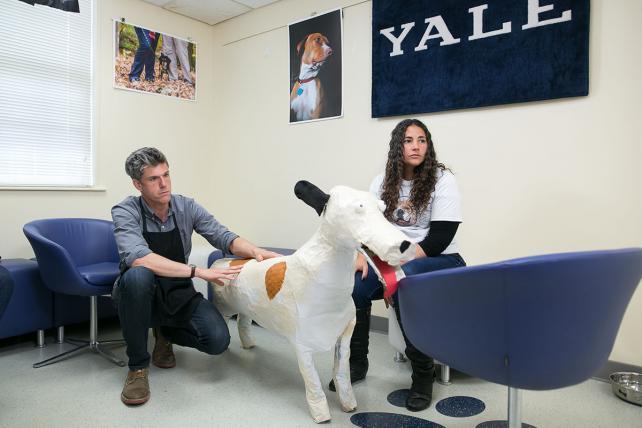 The iconoclastic cartoonist, pencil enthusiast and basic-cable host David Rees is bringing his signature brand of enlightened obsessiveness to Esquire Network, and as befits his DIY ethos, the 43-year-old is promoting his show in the most analog way possible.

With a little more than a month to go before "Going Deep with David Rees" bows on EsqTV -- the NBC Universal cable net snapped up the series after National Geographic Channel passed on a second season -- Mr. Rees is about to launch the ultimate luddite social media promo campaign. Rather than fire up his Twitter account and beg for validation from strangers, Mr. Rees is going to pile in a van with the show's producer and sound guy and embark on a road trip designed to bring the message of "Going Deep" straight to the people.

In a sense, the idea of barnstorming around the country in a panel van stuffed with flyers is a callback to the days when Mr. Rees and his friends would try to scare up a crowd for their high school punk band, the Bloody Fist of Defiance.

"I was reminiscing about the good old days when I played in bands, back when 'promoting something on social media' meant 'walking around town and stapling flyers to telephone poles' -- and that's when I realized I still have my old staple gun," Mr. Rees said. "My favorite part of making 'Going Deep' is driving around with the crew and meeting new people, so it makes sense for our social media campaign to be three guys in a van with a ton of flyers, traveling across the country and talking to potential viewers."

Once in the field, Mr. Rees will regale citizens with instructions on how to locate EsqTV on their cable boxes, while making compelling arguments in favor of watching the show. A brainy, diverting examination of the complexities that underlie some of life's most mundane activities (napping, shoelace-tying, the digging of Party Holes), "Going Deep" is the only TV program you'll see this or any year that will teach you how to properly pet your dog. (Mr. Rees also promises that there will be segments on manatees and astronauts.)

"If a dumbass like Donald Trump can do meet-and-greets in random towns and corn festivals and Elks Lodges and whatnot, there's no reason we can't do it too," Mr. Rees said. "Analog social media is the most rewarding social media!"

Mr. Rees first elbowed his way into your browser history in October 2001, with the launch of his potty-mouth clip-art comic strip, "Get Your War On." A lacerating indictment of the high crimes and inanities committed in the name of the War on Terror, the strip functioned as a kind of battered floatation device in the psychic River Styx that was New York in the days, weeks and months after 9/11.

Shortly after Mr. Rees shuttered "Get Your War On," he launched an artisanal pencil-sharpening business, a service that was complemented by the 224-page paperback book, "How to Sharpen Pencils." The exhaustive (and exhausting) treatise has received an average rating of four-and-a-half stars on Amazon.