Fortnite phenomenon turns a game developer into a billionaire 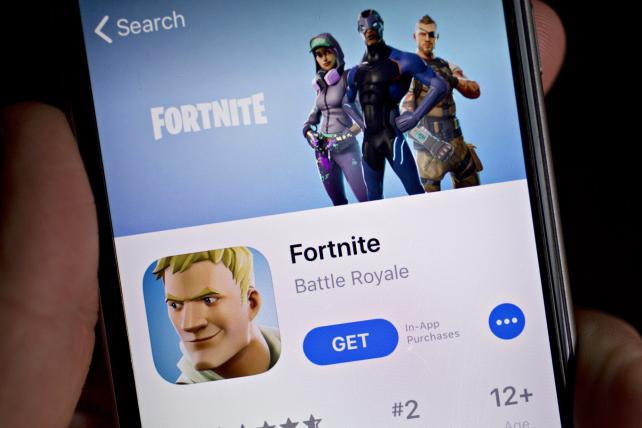 Fortnite: Battle Royale as seen in the App Store on an iPhone.
Credit: Andrew Harrer/Bloomberg

Tim Sweeney made Fortnite a phenomenon by doing something that sounds crazy: He gave it away.

That strategy has made him a billionaire.

In a video game industry chock-a-block with monster hits such as Candy Crush and Pokemon Go, Fortnite's popularity isn't surprising. Its revenues are. Between the release of the current version in September and the end of May, Fortnite brought in more than $1.2 billion, according to SuperData Research. As of early June, it has been played by 125 million people.

That's powered a revenue surge at Epic Games, the company Sweeney created in his parents' basement 27 years ago. Fortnite alone is on track to generate $2 billion this year, making the Cary, North Carolina-based gamemaker worth $5 billion to $8 billion, according to the Bloomberg Billionaires Index. Sweeney, 47, is the controlling shareholder.

Fortnite is a global phenomenon, played obsessively by children, rappers, professional athletes and middle-age accountants. It's a cartoonish, last-character-standing, fight-to-the-death battle royale where players thrash one another in a struggle for weapons, resources and survival on a shrinking, storm-ravaged island.

Instead of shelling out upwards of $40 for the game, players buy online V-bucks, a virtual currency they can exchange during play for outfits, called skins, celebratory dances or special missions that can cost as much as $20 each.

"On the revenue side, they've done something that's really unique, which is come up with a perception of exclusivity," said Michael Pachter, an analyst at Wedbush Securities. Many accessories in the Fortnite shop are available on a limited basis, prompting players to buy before coveted items disappear from virtual shelves. "If you see another player in a leopard skin and go to the store and see it's no longer available, you think, Shoot, I've got to move on it next time."

All that commerce translates into some of the highest rates of revenue-per-user in the industry and operating margins north of 50 percent, according to analysts.

Based on the trading multiples of peers Electronic Arts and Activision Blizzard, Epic could be worth as much as $14 billion, though potential buyers would demand a discount due to questions over whether Fortnite could sustain revenue growth, O'Shea said. Even if sales were to fall to $1 billion a year—half of its current estimate—the company could still reasonably command $7.5 billion in a sale, Pachter said.

That's a bonanza for Sweeney and Chinese internet behemoth Tencent Holdings, which bought 40 percent of Epic in 2012 at an $825 million valuation. It's still unclear what impact Fortnite has had on Tencent's balance sheet. Three analysts who cover the Shenzen-based firm said they hadn't yet factored the game into their sum-of-the-parts valuations.

While most games hit peak popularity shortly after launch, Fortnite was still drawing millions of new users six months on, thanks to a broadly appealing aesthetic that's more comic mischief than graphic violence. Celebrity fans such as rapper Drake and the Los Angeles Lakers' Josh Hart have pushed it further into mainstream consciousness. French soccer star Antoine Griezmann celebrated a goal in the World Cup final this month by performing the game's "Take-the-L" dance.

As a game that's social, easy to play and hard to master, it's been a particular hit with school-age kids, raising concerns from teachers and parents reporting obsessive playing during class.

Fortnite is no bolt from the blue for Epic. The developer's biggest previous hit was Gears of War, a best-selling franchise for Microsoft's Xbox 360. Epic also owns Unreal Engine, one of two widely used operating systems developers rely on for building games. At first, Epic charged customers to use the software. Sales took off when Sweeney made the product free and instead began collecting a royalty on sales from games made using the software, which have included hits like Mass Effect and Batman: Arkham.

Fortnite also started as a paid product. Launched in July 2017 as a $40 version where players built forts to defend themselves against zombie hordes, the game really took off after Epic made it free and added the multi-combatant style of play.

Its success surprised even Epic. At last year's E3, the industry's big trade show, Epic showed a few reporters the game hidden away in a meeting room. At this year's convention, the Epic booth was entirely devoted to Fortnite, with a replica of the bus that players travel in at the beginning of the game and opportunities for fans to star in videos dancing and hang gliding. That week, Epic staged its first Fortnite Celebrity Pro-Am with guests such as comedian Joel McHale and professional gamer Ninja (real name Tyler Blevins) competing in a soccer stadium. In May, Epic announced it would provide $100 million to fund prize pools for Fortnite competitions.

At Epic's office, located in a Raleigh suburb around the corner from a shopping mall, employees have their pick of free ice cream and Hot Pockets. There's a game room, a slide between two floors and giant sculptures of some of the company's video-game characters.

Raised in suburban Potomac, Maryland, Sweeney showed a knack early on for game design and business. At 11, he taught himself to program using the family's Apple computer and made a hobby of dissecting electronics. At 15, he quit his job at a hardware store after noticing that everyone made the same hourly wage regardless of how hard they worked. Instead, he borrowed his father's tractor and began trimming neighbors' lawns, undercutting professional landscapers, according to a 2011 interview with gaming website Kotaku. Sweeney began designing his own games at age 21, packaging them on floppy disks and sending them through the mail.

"Tim Sweeney is a legendary character," said Joost van Dreunen, chief executive officer of SuperData Research Holdings, which provides market intelligence on the gaming industry. "He's a hardworking, outspoken person with a clear vision of what he wants to do."

Despite captivating millions of gamers, Sweeney isn't much of a player himself. He's an avid conservationist and one of the biggest private landowners in North Carolina. After the financial crisis, he bought thousands of acres, mostly in the mountains, aiming to create nature preserves.

Sweeney often wanders the Epic office, leaving large soda cups in his wake. He favors a self-made concoction of 60 percent water and 40 percent Diet Coke from the company's fountains.

In a 10-year-old video posted online, Sweeney gives a tour of his sprawling home. The lifelong bachelor says he'd never eaten in the elegant dining room and prefers takeout from Burger King. He once owned several sports cars, including a Lamborghini, but he's sold most of them. He drives a 2019 Corvette.

"It turns out having a fast car is an excellent hobby when you're a workaholic because even when you don't have any free time you can always drive to work," he said.