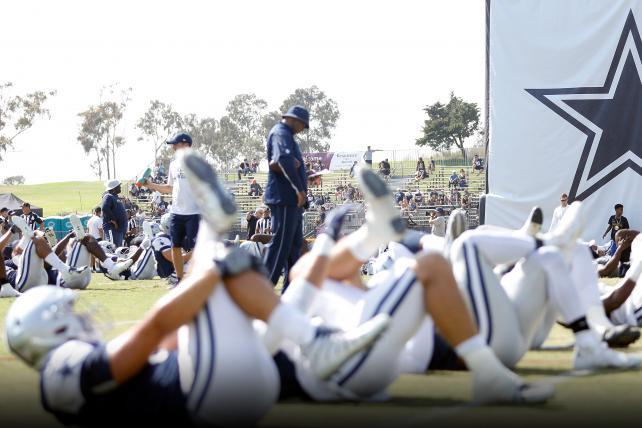 Diving deeper into the world of competitive video-game action, GameStop Corp. acquired naming rights to a new training facility being built on the grounds of the Dallas Cowboys headquarters.

The 11,000-square-foot GameStop Performance Center will include a public area where fans can watch matches, as well as a studio and training facility for CompLexity Gaming's players. CompLexity Gaming, majority-owned by the Dallas Cowboys' Jerry Jones and real estate investor John Goff, fields teams playing Fortnite and other titles. Financial terms weren't given.

CompLexity's players will be able to eat breakfast and lunch five days a week right next to the Cowboys. "This is a big step toward the growth of esports," said CompLexity CEO Jason Lake. "When you get this kind of support it helps legitimize everything we've been doing for years."

The deal ties GameStop, the world's largest independent video-game retailer, to the world's most valuable sports franchise, the source of most of Jones's $6 billion net worth. Ford Motor Co. is the naming-rights sponsor of the Cowboys' practice field at the headquarters complex, in Frisco, Texas.

The esports industry, supported by fans who watch professional gamers compete online and in arenas, is expected to top $1 billion in revenue this year, according to researcher Newzoo. Companies from AT&T Inc. to HP Inc. have sponsored events, which are popular among younger audiences who may not watch traditional sports.

GameStop has been looking for new ways to connect with customers who increasingly skip brick-and-mortar stores and buy games online. The Grapevine, Texas-based company sponsored some events last year, including an autograph signing by the Dallas Fuel, an Overwatch League team, that drew hundreds of fans.

"That was a toe in the water," said Frank Hamlin, GameStop's chief marketing officer. "Now we're all in."

GameStop has also established relationships with Infinite Esports and Envy Gaming, two esports team owners, as well as Matcherino and the Collegiate Starleague, which sponsor esports tournaments. The deals will include appearances by athletes, gaming clinics and tournament-watching parties, often in GameStop stores.