Camera Brand Will Award up to $5 Million for Best Photos, Videos
READ THIS NEXT
IOC's Olympics ad stresses resilience amid Tokyo uncertainty 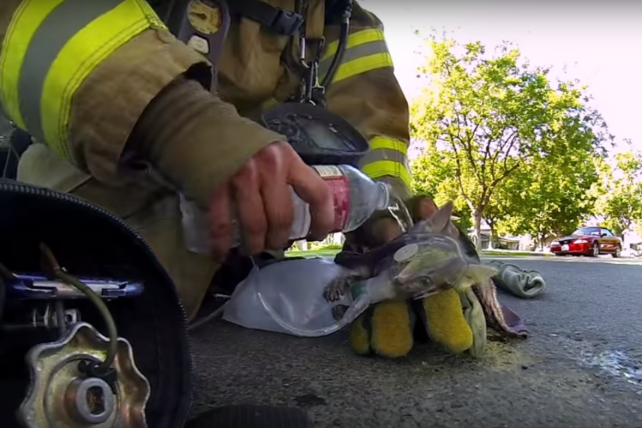 GoPro has famously used the media produced with its cameras to market its brand. Now the company will use a traditional marketing tactic to build up its media business.

GoPro has created the GoPro Awards and will hand out up to $5 million for the best photos and videos shot with its cameras. The program may sound like a standard way for a brand to reinforce customer loyalty and spread awareness -- and it is -- but it's also a Trojan Horse for the content-driven marketer's media ambitions. Like YouTube sharing ad revenue with its creators, GoPro wants award winners to invest their winnings back into producing more content with their GoPro cameras so that GoPro and its creators can make money from that content.

"We really do look at this as about investing in artists and videographers and talented people's skill sets so they can do more of it, not as much of a contest or a challenge," said Zander Lurie, GoPro's senior VP of media and entertainment.

Rewarding customers that share photos and videos shot with their GoPro cameras is the brand's primary objective, but a secondary motivation is finding more of those people and their content. People already upload videos tagged "GoPro" to YouTube 15,000 times a day, Mr. Lurie said. But GoPro thinks there are a lot more videos that aren't tagged. Not only are those untagged videos harder for audiences to associate with GoPro's brand, but those videos and the people who made them are also harder for GoPro to identify and incorporate into its content strategy.

"We think a critical component of our entertainment strategy is curating the best [user-generated content]. And if we can help source that content and drive revenue -- advertising and licensing revenue from it -- we do build up our media business and are able to share more of that revenue back with users," Mr. Lurie said. That's why the awards program is an open-ended effort, in which the $5 million purse is only the company's initial investment. "I anticipate this annual fund going up in perpetuity," he said. To further illustrate GoPro's commitment to the program, founder and CEO Nick Woodman will appear on "The Late Show With Stephen Colbert" on Wednesday night to promote the awards.

Each week GoPro will name winners in three categories without any restrictions on the number of winners per category. Winners in the "best photo" category will received $500 a pop. GoPro is offering up more money for video content, which it is splitting into two categories so that normal people may not feel like they're at a disadvantage against professionals. GoPro will give $1,000 for raw, unedited clips and $5,000 for videos that have been edited. Mr. Lurie said the company decided to bifurcate the video submissions because doing so "really widens the aperture of stuff we can see."

Award winners potentially stand to make money beyond the prize purse. Eventually GoPro may license submitted photos and videos to other companies like ad agencies and other brands, in which case GoPro would share that licensing money with the creators, Mr. Lurie said. He added that people who submit videos and photos will keep ownership rights over their content.

Even if people won't yet be reaping licensing revenue from the awards, they will be gaining extra attention for their content. GoPro plans to promote winners' photos and videos across its broad digital footprint, which spans its own site as well as its channels on YouTube, Facebook, Microsoft's Xbox One gaming console and digital video service Vessel. GoPro will also consider using the photos and videos in its own marketing campaigns as it looks to put more money toward advertising in the fourth quarter, though it won't be giving creators a cut. People will give GoPro permission to use their content for the brand's own advertising when submitting photos and videos for the awards, though Mr. Lurie said people will be able to ask GoPro not to use their content that way after the fact if they change their mind.

The GoPro Awards also seem to be a step toward what some entertainment execs consider an inevitability: a GoPro-run network of digital video creators, such as those operated by Disney's Maker Studios and Fullscreen. Mr. Lurie wouldn't commit to saying if that's in the cards but didn't dismiss the possibility.