Relative stability has been the theme throughout awards season 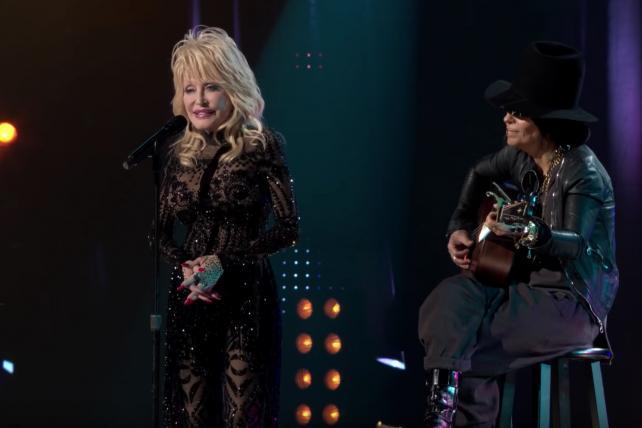 The 61st Annual Grammy Awards on Sunday eked out a slight year-over-year gain in overall deliveries, but the music world's annual celebration of itself still served up its second-smallest audience in a decade.

According to Nielsen fast national data, CBS's broadcast of the Grammys averaged 19.9 million viewers, topping the turnout for last year's show (19.8 million) by just 0.5 percent. Household ratings for the event also ticked up a notch as CBS averaged an 11.2 rating, up 0.9 percent versus 2018's 11.1 rating.

As of Monday afternoon, the Grammys stand as the year's sixteenth most-watched broadcast and the fifteenth highest-rated.

In an era of collapsing linear TV ratings, even the most minimal gains are worth noting. But despite the overall boost in viewership, an aging audience took a bit of a nibble out of the key advertiser demos. Per Nielsen estimates, the Alicia Keys-hosted broadcast averaged a 6.7 rating in CBS's target demo, which works out to around 8.08 million adults 25-54. Last year's show drew a 6.9 rating, or 8.34 million members of the 25-54 set.

The Grammys also experienced a slide among the 18-49 crowd, dipping 5 percent from the year-ago 5.9 rating to a 5.6 for a net loss of around 450,000 viewers under 50. Preliminary Nielsen data suggests that the show's deliveries were at their highest during a tribute to the incomparable singer-songwriter Dolly Parton.

Relative stability has been the theme throughout awards season, as live events once again have proven to be far more immune to the vagaries of TV viewership than are scripted series. Last month, NBC's presentation of the 76th Golden Globes averaged 18.6 million viewers, down 2 percent compared to the previous year, while the 18-49 demo improved 4 percent to a 5.2. That translates to a gain of 364,000 adults.

The last time the Grammys put up truly monster ratings was back in 2012, when 39.9 million viewers tuned in to watch a tribute to singer Whitney Houston, who only the day before had been found dead in her hotel room at the Beverly Hilton.

The all-time record for a Grammys broadcast was notched way back in 1984, when Michael Jackson's "Thriller" sweep helped CBS scare up a, well, staggering 51.7 million viewers. Forty-five percent of all TVs that were in use during the broadcast were locked in on CBS.

One brand that was conspicuous by its absence was Target, which over the past several years had bowed long-form custom creative during the Grammys. During the 2018 broadcast, Target dropped a live in-show performance video featuring country singer Maren Morris in collaboration with DJ/instrumentalist Zedd and the pop/EDM duo Grey. This year, that same song ("The Middle") was nominated for two Grammys, losing to Childish Gambino in the Record of the Year category and falling to Lady Gaga and Bradley Cooper in the Best Pop Duo/Group Performance race.

Next on the Awards Season docket is ABC's Feb. 24 presentation of the 91st Academy Awards. Last year's Oscars averaged a record-low 26.5 million viewers, while delivering the lowest-recorded adults 18-49 demo (6.8) and household rating (14.9) in the modern era.