HBO Max thinks Disney Plus should just grow up already

Twice the price—twice as nice? 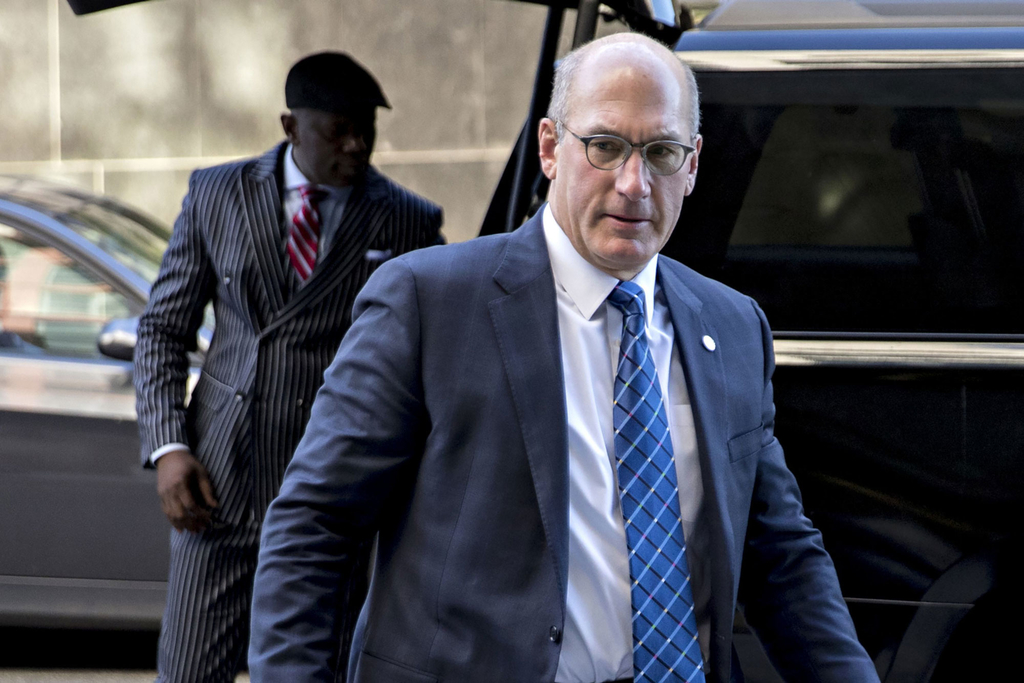 John Stankey thinks Disney Plus is kids’ stuff, a service of somewhat limited appeal that can’t stack up to the more inclusive charms of his company’s upcoming HBO Max.

Speaking to investors Tuesday morning at the UBS Global TMT Conference, the CEO of WarnerMedia (and president and COO of AT&T) said the Disney Plus offering is nowhere near as robust as the four-quadrant draw that is HBO Max.

“Disney Plus is a good product. They’ve done a nice job,” Stankey said, before noting that the Mouse House service may be hampered somewhat by its emphasis on a programming slate that skews toward adolescence. “The strongest appeal of Disney Plus is to the youth of the family. Its strength to satisfy the other members of the family—it’s not that deep.”

While Stankey acknowledged that Disney Plus features “some stuff that’s interesting to adults,” he believes that HBO Max “is a product that appeals to the entire family,” one with a “high utility factor.” In other words, “more than one segment of the household or the family … is going to sit down and watch [HBO Max] on any given day.”

Stankey’s assertion that Max will cover all the demographic bases was a point that was driven home back in October, when WarnerMedia hosted a two-hour preview of the service. The company’s cradle-to-grave programming menu includes an array of fare from brands designed to appeal to the footy-pajamas set (Cartoon Network, Boomerang, Hanna-Barbera), as well as the twentysomething magnet Adult Swim, the female-friendly CW and the flagship HBO, which, alongside the news standby CNN, tends to attract a more mature audience.

While Stankey was on hand to make a case for HBO Max, his not-entirely-generous assessment of Disney Plus was a bit strained. Yes, there is much on the menu engineered to dazzle the very young and the very young at heart—along with the Pixar library of animated features, the service comes loaded with classic films from the Disney vault—but to suggest that adults aren’t terribly interested in the Star Wars and Marvel content available on Disney Plus is to overlook the national box office numbers.

Disney films in 2019 have accounted for four of the top five highest-grossing theatrical releases and six of the top 10. Add up the gross for “Avengers: Endgame,” “The Lion King,” “Toy Story 4,” “Captain Marvel,” “Aladdin” and “Frozen 2” and you’re looking at $2.96 billion in domestic ticket sales generated by a single studio group. And while those figures aren’t further broken down along demographic lines, it’s probably safe to assume that very little of that box office haul was generated by children. (The really small ones don’t even have pockets.)

Oh, and those 2019 figures don’t include projections for “Star Wars: The Rise of Skywalker,” which arrives in theaters on Dec. 16. The previous installment of the Wookies-and-droids saga was the biggest movie released in 2017, raking in $1.33 billion in global box office.

The last time a Disney release wasn’t the biggest moneymaker of the year was in 2015, when Universal’s “Jurassic World” edged “Star Wars: The Force Awakens” by a little more than $300,000 in stateside sales. Excluding that statistical dead heat, Disney’s winning streak goes back to 2011. And again, while movie theater demos are murky, a whole bunch of the people who paid all that money to go see all those Disney films were adults—people with mortgages and mustaches and jobs, the kind of consumers who no longer sleep on Yoda sheets or have to be told to brush their teeth before going to bed.

As much as consumers are likely to mix and match competing over-the-top offerings (at least in the early going), price should prove to be a self-evident differentiator. At $14.99 per month, HBO Max is on track to be the most expensive streaming service on the market when it launches in May 2020. The sub fee is more than double the initial asking price for Disney Plus ($6.99) and two dollars more than what Netflix currently charges for its standard plan.

As one might expect, Stankey is of the opinion that the HBO sticker price will not be an impediment to its adoption, largely because the cost is a function of the volume of content that will be available via Max. “Disney is about half of the content we have at about half the price,” he said, before adding that conversations he had with investors after the October presentation seemed to reinforce the set price by way of a sort of “Goldilocks and the Three Bears” consensus.

At launch, the majority of HBO’s 33 million U.S. TV subs will be upgraded to the streaming service at no additional charge. Stankey said WarnerMedia is currently in discussions with cable operators in a bid to secure greater distribution for HBO Max. While the notion of encouraging consumers to migrate to a disruptive service may not sit well with purveyors of the traditional cable bundle, Max could be used as a means to bump up the operators’ broadband offerings.

The talks have apparently been unproductive in the early going, but such friction has informed the back-and-forth between programmers and distributors since the dawn of cable TV. “Carriage agreement negotiations follow a particular construct and pattern,” Stankey said. “There’s an inordinate amount of time spent … posturing. Then as the deadline approaches, a lot of work gets done in a very short period of time.

“It gets down to money and economics and there will be a meaningful reason why they want to participate with us.”

An HBO Max ad-supported tier will arrive in 2021. WarnerMedia has not made any final decisions on pricing for that version of the service, although it clearly will be less expensive than the commercial-free product.