If WarnerMedia wins PGA Tour rights, truTV could get the shaft 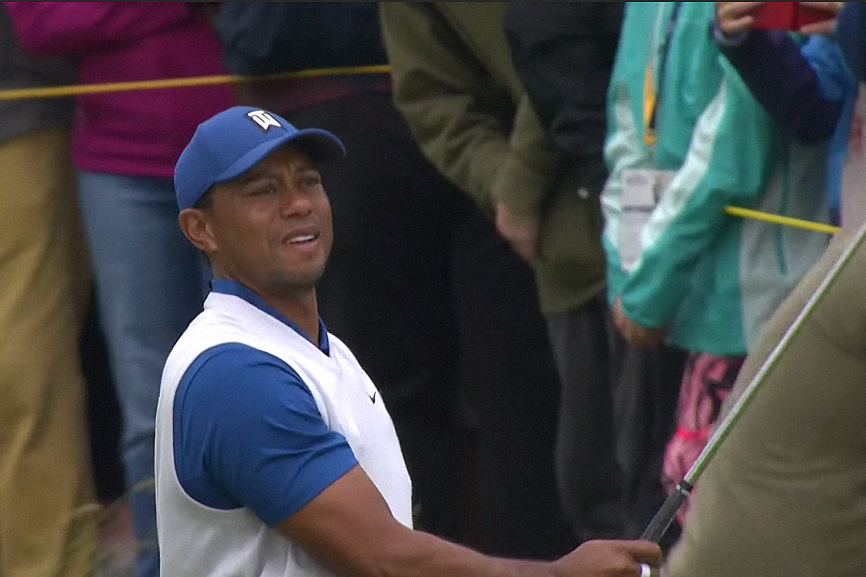 Welcome to the inaugural edition of Ad Age Sports Media & Marketing Brief, a weekly roundup of news from every zone of the sports media spray chart, including the latest on TV, streaming, sponsorships, endorsements, gambling and tech.

A good brand spoiled?
Leading off today’s lineup is John Ourand of Sports Business Daily, who reports that WarnerMedia is so keen to ink a rights deal with the PGA Tour that it’s willing to rebrand one of its existing entertainment networks under a golf-centric banner. Ourand suggests that WarnerMedia could use such a hypothetical brand switcheroo as a means to outflank NBCUniversal’s Golf Channel, which is nearing the end of its 15-year deal with the Tour. (The overseers of Big Golf have made it abundantly clear that they would like to own a stake in a linear TV network, and NBCU execs have discussed making a deal to that end with the PGA.)

WarnerMedia’s underperforming truTV is perhaps the brand most likely to benefit from a refresh; per Nielsen, truTV in 2018 finished 43rd among all ad-supported cable nets, with an average primetime draw of 175,000 adults 18-49. That marked a 23 percent drop versus the previous year’s 226,000 demographically apposite viewers.

Charles in charge
As we reported yesterday, Dish Chairman Charlie Ergen is playing hardball with the Fox-branded regional sports networks. A renowned card shark—blackjack’s his game, so please don’t refer to him as a mere “gambler”—Ergen says the RSNs are too pricey to keep carrying, and that most of the 12 million Dish and Sling TV subs won’t miss the channels in two months when baseball season has run its course.

Ergen’s made similar threats in the past only to eventually reach a deal, but he’s clearly not talking through his hat. HBO has been scratched off the Dish roster since last November.

Shoes your own adventure
Puma marketing chief Adam Petrick tells The Drum’s Stephen Lepitak that the 71-year-old sneaker brand is looking to escape the shadow cast by category giants Nike and Adidas by  focusing on how sports and culture co-exist in a sort of pop double helix. A new-ish agency partner will help steer Puma through the sports-culture labyrinth; after leaving its Publicis-owned incumbent Blue 449 last year, Puma brought its $120 million media account to Havas in October.

“We’re going to be working together for a very long time, so we’re hoping to leverage Havas’ access to music, to culture, to publishers,” Petrick says. Petrick and Havas have their work cut out for them; per company earnings reports, Puma’s $2.4 billion in footwear sales was about a tenth of what Nike booked ($22.3 billion) in 2018.

World’s most annoying basketball fan links up with world’s greatest basketball player
Didn’t get enough of Drake’s gurning mug during the NBA Finals? Well, does Variety’s Todd Spangler ever have news for you. The rapper/Toronto Raptors enthusiast/“Degrassi: The Next Generation” alumnus is breaking into the sports-media biz with an assist from NBA superstar LeBron James and his athlete-empowerment brand, Uninterrupted.

As with the stateside tent pole, the Uninterrupted spinoff will churn out a steady stream of merch, content and events created and/or inspired by Canadian jocks. Sadly, there’s no truth to the rumor that Drake will kick off the collaboration with a specially-remastered version of his 2012 single “HYFR” in which the acronym now stands for “Hell Ya Fabulous Rougeaus.”

The House That Ketchup Built
In a naming-rights two-fer, SportsPro’s Steven Impey reports that Pizza Hut is the first brand to slap its logo on a virtual stadium, while Sports Business Journal’s Terry Lefton has the skinny on the fate of longtime Pittsburgh Steelers partner Heinz.

Per Impey’s dispatch, as part of a joint deal with the NFL and EA Sports, four Madden NFL 20 Championship Series esports tournaments will be played in Pizza Hut Stadium, a venue constructed out of a chain of ones and zeroes. Meanwhile, in the material world, Kraft may pull its Heinz brand from the façade of the Steelers’ home stadium after its rights deal expires in 2021. As Lefton reports, Heinz under its current contract is forking out a mere $2.9 million a year, and the Steelers think their real estate is worth upwards of $10 million.

If you’re gonna play the game, boy / You gotta learn to play it right
Ad Age’s Lindsay Rittenhouse has news on bookmaker and daily fantasy sports powerhouse FanDuel, which has tapped Publicis Groupe’s BBH to help craft brand strategy as its lead agency partner. Eleven shops participated in the review for the $50 million account. FanDuel CMO Mike Raffensperger told Rittenhouse that the gradual legalization of online sports betting—FanDuel’s new online sportsbook opened for business in Pennsylvania on July 22—presents a wealth of new commercial opportunities for the company.

Iron Lion Zion
In the wake of his $75 million shoe deal with Nike (for whom he apparently has forgiven for the winter sneaker blowout that sidelined him for five games), Zion Williamson has scored a multiyear pact with Visual Concepts’ NBA 2K. ESPN’s Jacob Wolf reports that No. 1 draft pick Williamson, who earned the highest rookie score in the game in nine years, is expected to help promote the brand at various on-site events and activations. The Pelicans newbie says he’s ready to “put my imprint on basketball culture and be a part of the team that represents what’s next in the sport.”

Must be doin’ something right
While it’s a stretch to suggest that hope springs eternal for anyone in the publishing business, The Athletic seems to have figured out a way to get sports fans to pay for original content. Launched in 2016, the ad-free site surpassed the 500,000-subscriber mark in June, and is on track to close out the year with nearly one million customers, according to Bloomberg’s Ira Boudway.

Subscriptions to the site cost $10 a month or $60 per year, and those who fork over that virtual cover charge get access to exclusive sports coverage from the likes of former Sports Illustrated media columnist Richard Deitsch, ex-Boston Globe MLB scribe Peter Gammons and NBA reporter/wunderkind Shams Charania.

Social disease
And finally, Because August is objectively the worst month and football a-fish-ionados have to trudge through another 24 days until the college season kicks off, here’s a #TBT throwback to the Nippon Professional Baseball League’s 2017 All-Star Game, in which the other mascots teamed up to beat the skeleton out of the Chiba Lotte Marines’ angler fish: