Remembering the Actor, Comic and Philanthropist in Ads
READ THIS NEXT
Warner Bros.’ 2021 films to hit both HBO Max and theaters in move that rocks film and streaming industries

For those of a certain generation, he will always be remembered as the comic foil to singer Dean Martin. To another, he was the slapstick star of movies like "The Nutty Professor" and a hero to French cinema goers. And to many, he was the public face of the Labor Day Muscular Distrophy Telethon from 1966 to 2010, where he raised more than $1 billion for the disease.

We'll leave the details of the complicated life of Jerry Lewis, who died at age 91 yesterday, to others like the New York Times and Vanity Fair.

But since we're Ad Age, we remember Lewis in another manner: For his role in print and TV advertising. During his life, he was pitchman for many products, including Royal Crown Cola, Chesterfield cigarettes, KFC and more. Below is a sample of some of his ad work.

In what he says is the first public demonstration of the Polaroid, in this 1963 spot Lewis talks about the miracle of having color pictures developed in 50 seconds. He says he "doesn't even have to read copy on it, because I know how to operate it." Unfortunately for Polaroid, TV was then in black-and-white, prompting Lewis to say "I wish you could see it in color."

Lewis is, as usual, clowning around in this 1970s era spot for Hasbro game Spellbound.

Hey lady! Here Lewis sings the praises of 7 Eleven coffee with a partner that is definitely not Dean Martin.

Martin & Lewis sound off for Chesterfields, which they have no unpleasant aftertaste, they say.

Lewis also did a lot of print ads, including, inexplicably, a lot of b-to-b advertising, for Consolidated Paper. 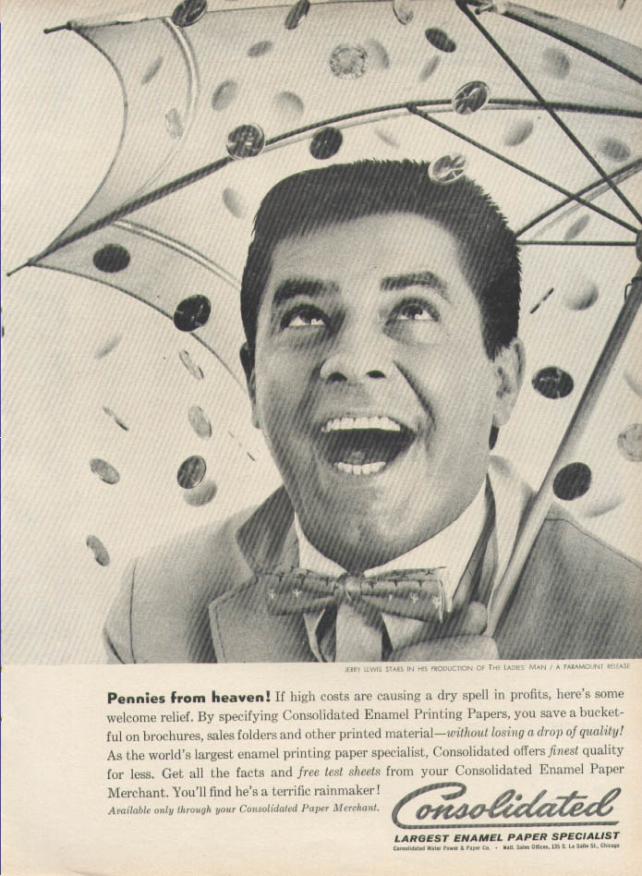 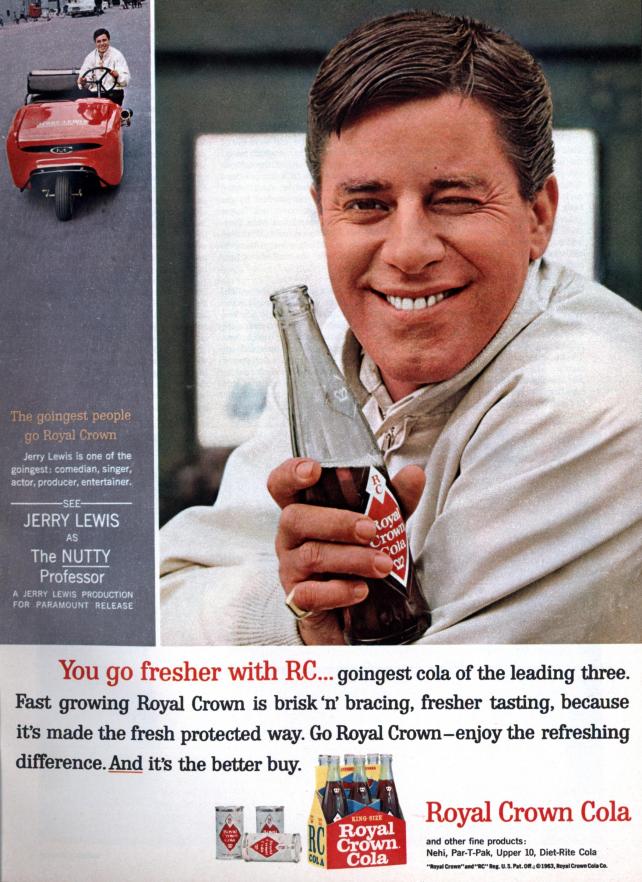 What stays in Vegas... Here's a pitch that makes a lot of sense for Lewis, given all the shows he did in casinos. 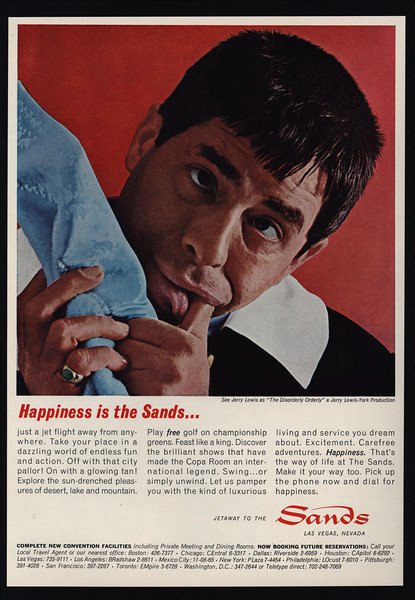 But a lot of Lewis' pitches were tied in with marketers who supported muscular distrophy research, including KFC. 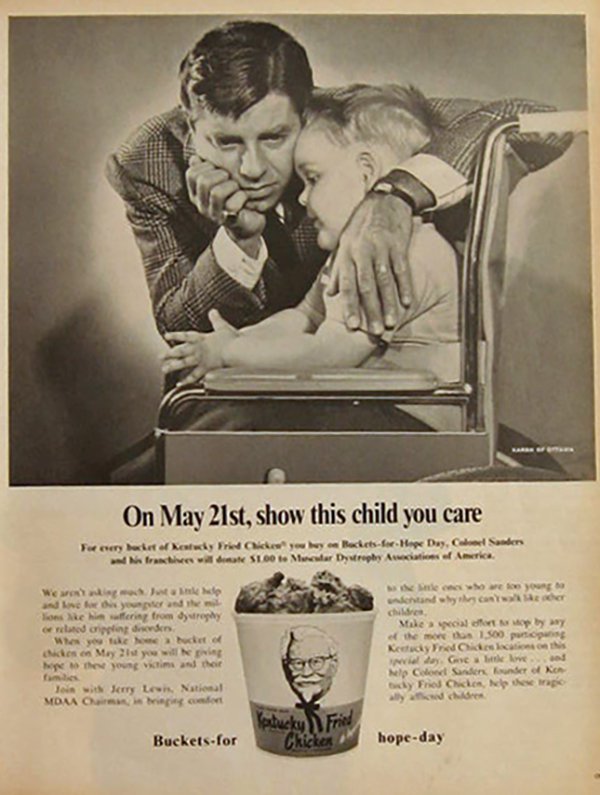 Another example is Hickory Farms, advertising how these hideously unappetizing looking cheese balls and cheese logs can help fight the disease. 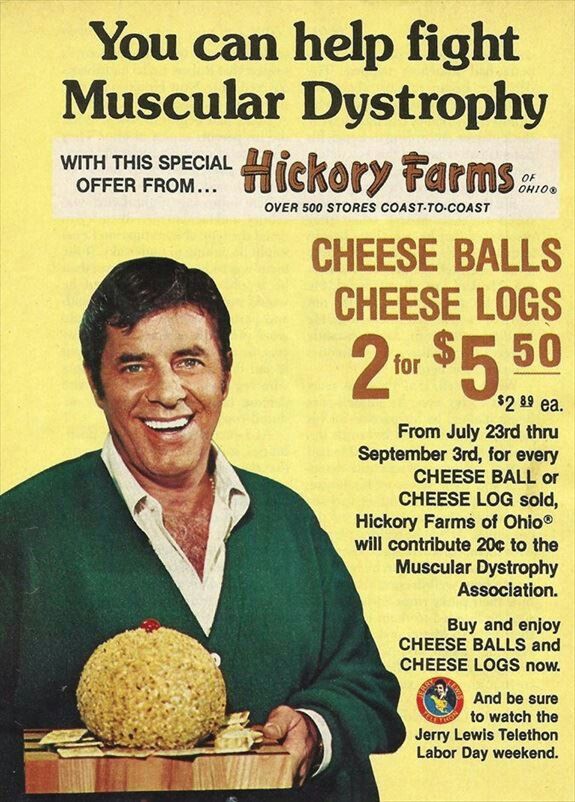