'Lasagna wings with extra Italy': If a bot wrote an Olive Garden commercial 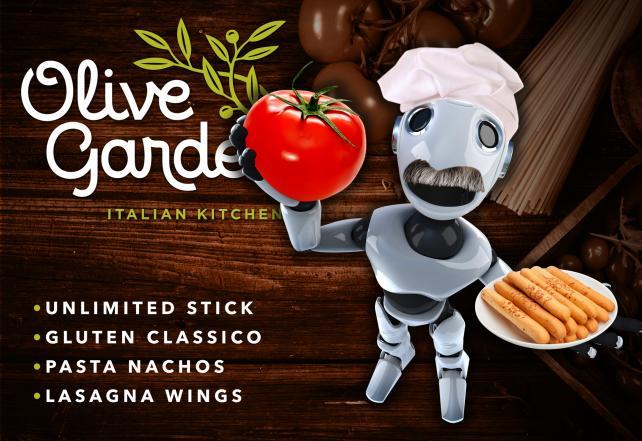 A commercial spoof disguised as a supposed AI misfire is going viral, and it's the funniest thing you'll read today, probably. It comes to us courtesy of Keaton Patti on Twitter:

Click on the embedded images (the page comes in two parts) to enlarge and read closely, so you can take in all the magnificence—the "pasta nachos," the "unlimited stick," the "Gluten Classico," the "lasagna wings" with "more Italy than necessary."

In an additional twist of hilarity, a lot of people on Twitter—and over on Reddit, where Patti's faux commercial script landed on the home page this morning—seem to believe it actually was created by a bot. This despite Keaton Patti listing his comedy credentials right in his Twitter bio (he says he's written for Comedy Central and Funny or Die and has performed at the Upright Citizens Brigade) and this bot-script thing being recurring shtick for him (e.g., "I forced a bot to watch over 1,000 hours of the Saw movies...").

That said, his idea of a bot-written Olive Garden ad is probably not far off in our automated future.