After a series of unprecedented reversals, TV tries to adjust to a world without sports
READ THIS NEXT
‘America Must Change’: The story behind Time’s latest cover artwork 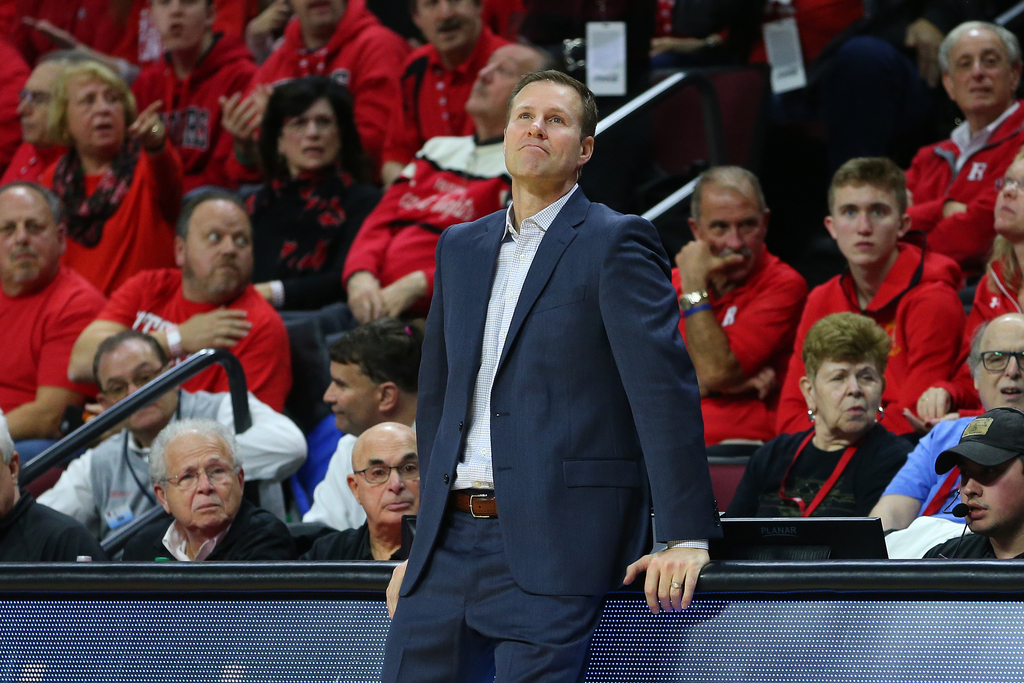 Nebraska head coach Fred Hoiberg was taken ill in the final minutes of one of the last NCAA games to be played this season, and whisked away to the E.R. where, fortunately, he was diagnosed with a cold.

A few hours after the NBA took the unprecedented step of announcing it had postponed its season indefinitely after a player tested positive for the coronavirus, ESPN reporter Sean Farnham on Wednesday night served up a grim prediction for college basketball fans. Speaking to “SportsCenter” host Scott Van Pelt toward the end of the show, Farnham expressed doubt that March Madness would tip off in Dayton next week, despite assurances from the NCAA that its fan-free contingency measure would help keep the players safe.

“I think we saw our last college basketball games played tonight,” Farnham said. “As more and more information is coming out right now, it’s really hard to believe that we’re going to be putting teams on planes, flying them across the country, even to spectator-less arenas, and continue to play basketball. … I just don’t see a path that we’re going to have a Selection Show on Sunday.”

As it turns out, Farnham’s instincts were in fine working order. Earlier Thursday afternoon, the NCAA officially called off the men’s and women’s basketball tournaments, thereby bringing an end to college hoops season and throwing the TV advertising market into a state of quiet chaos.

“This decision is based on the evolving COVID-19 public health threat, our ability to ensure the events do not contribute to spread of the pandemic, and the impracticality of hosting such events at any time during this academic year given ongoing decisions by other entities,” the NCAA said in a statement released a little after 4 p.m. EDT. The latter part of the statement reinforced what Farnham already knew in his gut: after the NBA had put its season on the back burner, there was no way to justify forging ahead with a tournament populated by amateur student athletes.

With the NBA and NHL on ice for the foreseeable future and Major League Baseball having pressed pause on the start of its 2020 campaign, the cancellation of the NCAA tournament effectively removes all top-tier sports from the American viewing menu. Also off the table is the rebooted XFL, which on Thursday evening posted a brief statement on its website alerting fans that it “will not be playing its regular-season games.” According to the league, the abrupt end to the season needn’t spell doom for Vince McMahon’s comeback effort, as “the XFL is committed to playing a full season in 2021 and future years.”

Having wiped sports off the tube entirely, the coronavirus has taken a crowbar to the knees of the U.S. television marketplace. Millions of gross ratings points have been flung to the four winds, and there’s no telling where they’ll land. The spring’s single largest TV event will not take place this year; per Nielsen, the 2019 NCAA hoops final averaged 19.6 million viewers, an 11.6 household rating and a 6.2 in CBS’s target demo, good for 7.5 million adults between the ages of 25 and 54.

Unless self-quarantine drives hordes of bored and anxious citizens to reconnect with linear TV, there is no offering on the springtime dial that can replicate that kind of reach. In terms of overall deliveries, CBS’s unsinkable “NCIS” comes closest to the NCAA title game, averaging 11.4 million live-same-day viewers. But the older-skewing drama (the median age of the “NCIS” audience is 67.2 years) doesn’t do nearly as well in the demo; season-to-date the show is averaging a 1.8 rating, which works out to 2.2 million adults between 25 and 54. Last year’s championship game scared up three-and-a-half times as many members of the target demo.

As far as the immediate impact the cancellation will have on Turner Sports and CBS, the broadcast partners are in a far-from-enviable spot. The two sales teams combined to book north of $900 million in March Madness advertising, with a number of clients having planned to debut fresh campaigns to air throughout the 67-game tourney. Those commitments must somehow be made good, but it’s difficult to imagine the sort of salvage job that would have to be done to satisfy the thwarted plans of marquee sponsors such as AT&T, Buick, Coca-Cola and Nissan.

One buyer who reps a top-spending NCAA advertiser said that while clients are understandably ill at ease, no one really seems to have a handle on what is supposed to happen next. This sentiment is echoed by Brian Wieser, global president of business intelligence at GroupM, who says a far-ranging exodus from television could take hold as brands pause to reexamine their marketing efforts in a world that’s no longer terribly familiar.

“The situation is completely different for every advertiser,” Wieser says. “But when you’re entering a period of complete shutdown of business, marketers are going to have to figure out a lot of things. Where are their people? How will they do work?”

How CBS and Turner Sports navigate the task that lies ahead remains to be seen. There’s no reprieve to be found in CBS’s other spring sporting showcase, as its coverage of the Masters (should the event remain uncanceled) welcomes only three sponsors in AT&T, IBM and Mercedes-Benz. On the other hand, a lengthy sports drought will only work to CBS’s advantage as it begins to sell its NFL and SEC college football packages.

For Turner Sports and WarnerMedia at large, the road ahead looks treacherous. With the tournament gone and the NBA on a break of uncertain duration, the networks TNT and TBS have little in the way of high-impact inventory with which to plug the GRP holes. The second quarter, which former Turner chief David Levy used to say was when he made all his money, has been reduced to a grab bag of repurposed theatricals and repeats of canceled broadcast sitcoms. Movies may account for 44 percent of the time spent with TNT, but the umpteenth showing of the potty-mouthed stuffed animal flick “Ted” and “The Lost World: Jurassic Park” aren’t going to provide much satisfaction to an advertiser who’d been counting on the reach of a Duke-Michigan State game.

Whether all the would-be March Madness advertisers can be made whole is a question that will have to be addressed at the same time an army of buyers and sellers begins to adjust to working from home. And this is only the beginning of what is shaping up to be a prolonged period of disorientation. From hereon in, we’re going to hear more and more news about supply-chain collapses and the concomitant shortages that come with the massive disruption of material and transportation. People will use the catchall “the new normal” far too often. The human cost of the pandemic will be difficult to reckon with. When we come out on the other side of this thing, it will feel like a blessing to be able to sink back into that old familiar world of ballgames and ratings points and marketing plans.