Megan Rapinoe is Sports Illustrated’s Sportsperson of the Year 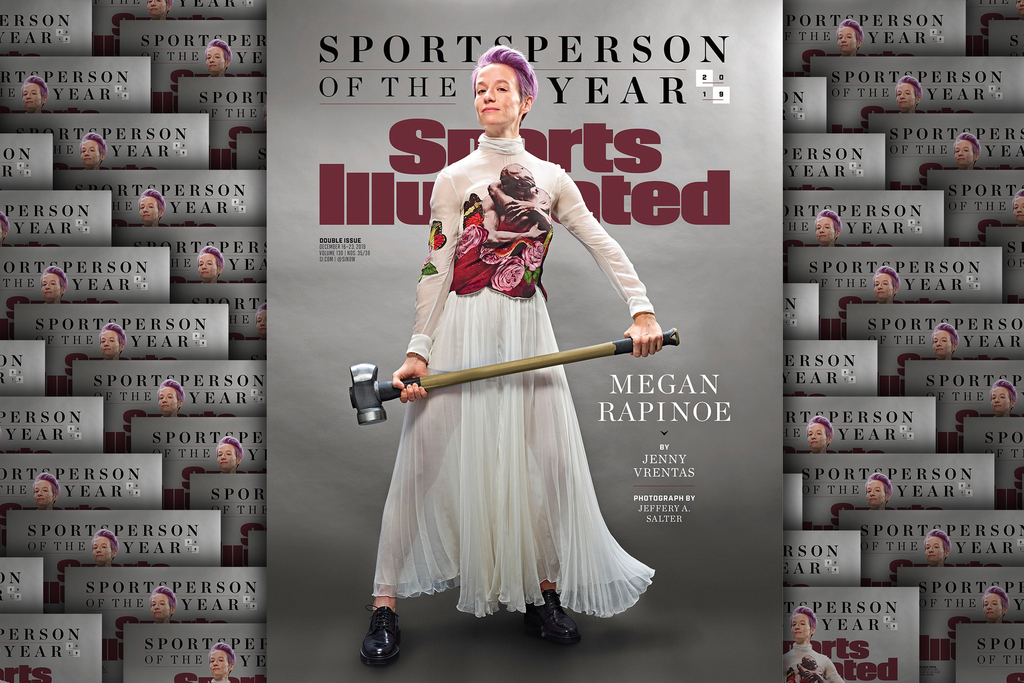 Women’s soccer is having a very good year—and a very good day. In the wake of Ad Age announcing early this morning that U.S. Women’s Soccer is one of our 2019 Marketers of the Year, Sports Illustrated has released its new cover on which women’s soccer superstar Megan Rapinoe is named the 2019 Sportsperson of the Year.

As SI’s Jenny Vrentas writes in the cover story,

She is just the fourth woman in the award’s 66-year history to win it unaccompanied, a feat that is both a remarkable athletic achievement and a reflection of entrenched gender biases. Rapinoe challenged perceptions of her, of female athletes, of all women. She led her teammates, three months before their tentpole tournament, to sue the U.S. Soccer Federation for equal pay; to declare in advance that they would not visit the White House when they won the Cup; to score 13 goals in a group-stage match against Thailand, without apology.

A lightly animated version of the cover has also been released on social media:

Megan Rapinoe is the 2019 Sports Illustrated Sportsperson of the Year. The phenomenal story by @JennyVrentas is here: https://t.co/yrAy042G6U pic.twitter.com/Hjo0tFlJYV