'The Walking Dead' Comes to Broadcast in Deal With MyNetworkTV

Two Episodes Will Air One Night Per Week 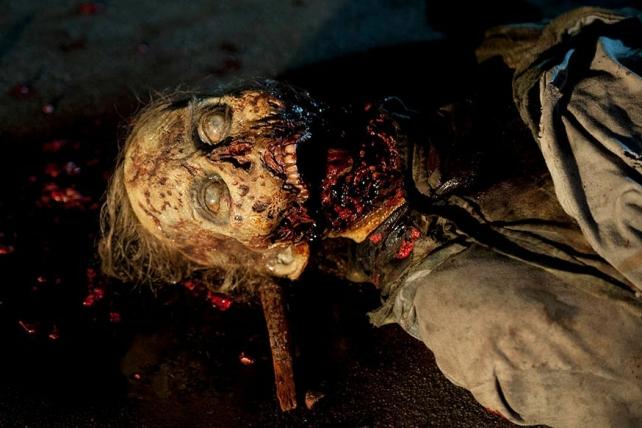 MyNetworkTV has snagged the exclusive syndication rights for AMC's "The Walking Dead" starting this fall, the companies said.

The broadcast channel, which is owned by Fox Entertainment Group, will broadcast two episodes from previously aired seasons on a weeknight yet to be determined.

"The Walking Dead" is currently the most-watched series among the 18-to-49 demographic in all of TV. Its most recent episode was watched by nearly 13 million viewers.

"This agreement extends the reach of the number one show on television among adults 18-49 by giving viewers primetime access to 'The Walking Dead' with back-to-back episodes on broadcast television one night a week," said Charlie Collier, AMC president, in a statement. "'The Walking Dead' has grown in each of its first four seasons on AMC, and we look forward to exposing this compelling story and these unforgettable characters to new fans on MyNetworkTV."

MyNetwork TV is in 97% of the country, airing on the Fox stations in New York, Los Angeles and Chicago.

The big question is how much "The Walking Dead" will need to be edited and watered down in order to air on broadcast TV.