National Enquirer up for sale after Trump, Bezos scandals 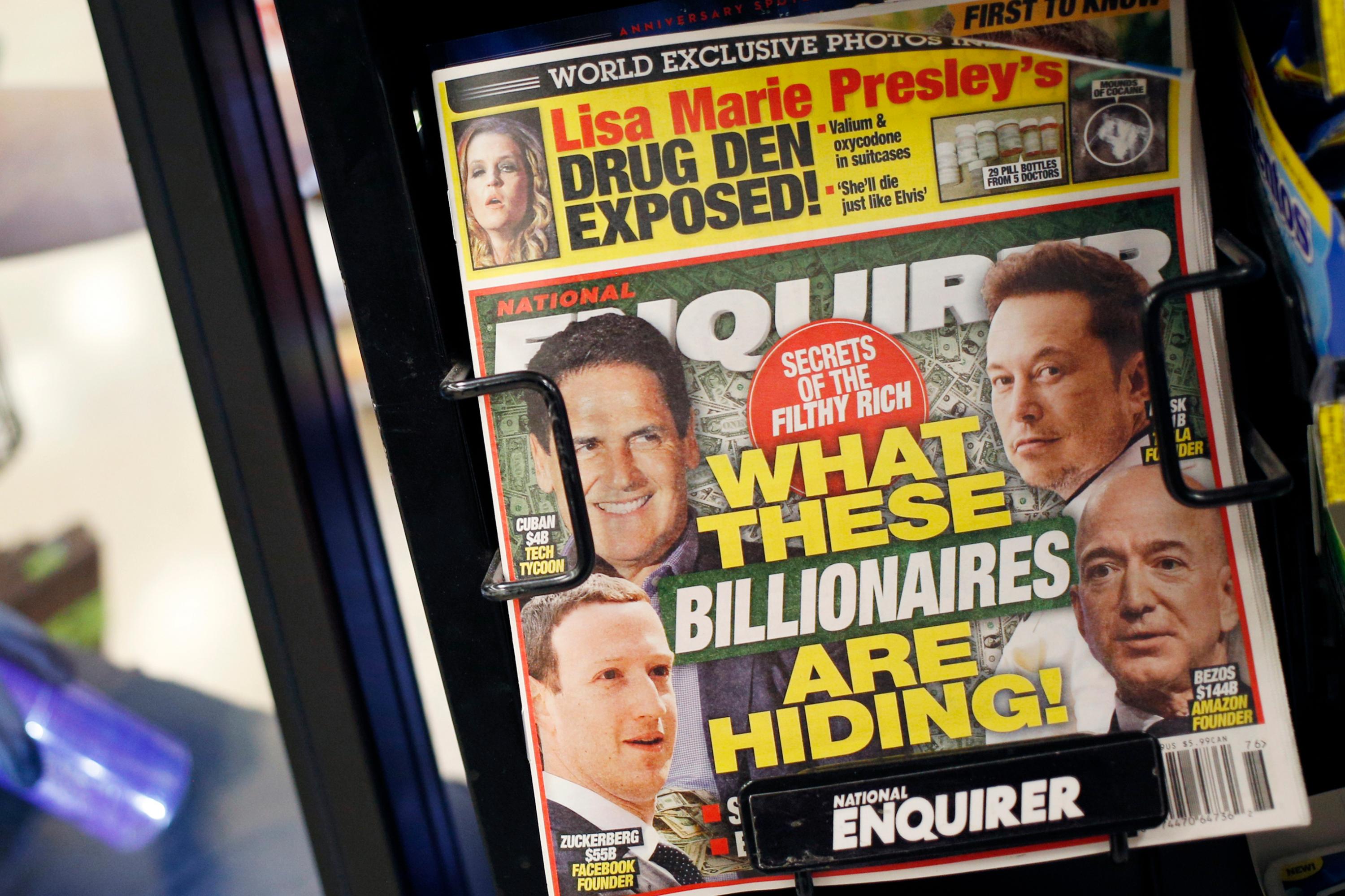 The National Enquirer, the tabloid that billionaire Jeff Bezos accused of extortion earlier this year, is on the block to be sold by parent company American Media Inc.

American Media’s board conducted a review of its tabloid business, including the Globe and National Examiner brands, and decided to explore strategic options. That will “likely result in their sale in the near future,” the company said on Wednesday.

“We feel the future opportunities with the tabloids can be best exploited by a different ownership,” CEO David Pecker said in a statement.

The Enquirer and its owner have come under intense pressure since Bezos made his allegations in a blog post in February. Bezos accused American Media of trying to blackmail him with photos of him with a woman who wasn’t his wife. He also published emails sent to his lawyer, Marty Singer, by American Media executives.

The scrutiny extended to American Media’s hedge fund owner, Chatham Asset Management, which was questioned by New Jersey officials over the matter.

The Bezos controversy followed a separate flap over the publisher’s ties to President Donald Trump. The company admitted that it worked with the Trump campaign to kill stories about the candidate’s relationships with women.

Unloading the Enquirer would shift American Media’s focus toward fitness and lifestyle brands. In recent years, it acquired Us Weekly and Men’s Journal, as well as Bauer Media’s celebrity and teen brands.

Bezos, founder and CEO of Amazon, also has knocked American Media for its ties to Saudi Arabia. Around the time of Crown Prince Mohammed bin Salman’s visit to the U.S. last March, American Media produced a nearly 100-page glossy magazine celebrating the country as “The New Kingdom.”

Bezos questioned whether critical coverage of Saudi Arabia by his newspaper, The Washington Post, might have spurred the publisher to retaliate against him. American Media said in February that it “does not have, nor have we ever had, any editorial or financial ties to Saudi Arabia.”

Bezos is set to meet federal prosecutors in Southern District of New York as soon as this week, CNN reported on Wednesday. They’re looking to get access to Bezos’s electronic devices, letting them examine his private investigator’s allegation that Saudi Arabia obtained private information from his phone.

Even before the turmoil, American Media was grappling with financial losses. The closely held company recorded a $31.5 million deficit in the six months that ended Sept. 30, according to documents reviewed by Bloomberg News. That marked an improvement over the previous year, but nonetheless brought its total losses over the last 5-1/2 fiscal years to $256 million.

Bezos and his wife, MacKenzie, announced earlier this month that they were completing their divorce.