NBC eyes a record ad sales haul for the 2020 Olympics

Tokyo Games expected to top Rio's $1.2 billion tally
READ THIS NEXT
Why brands aren’t giving up on TV awards shows just yet 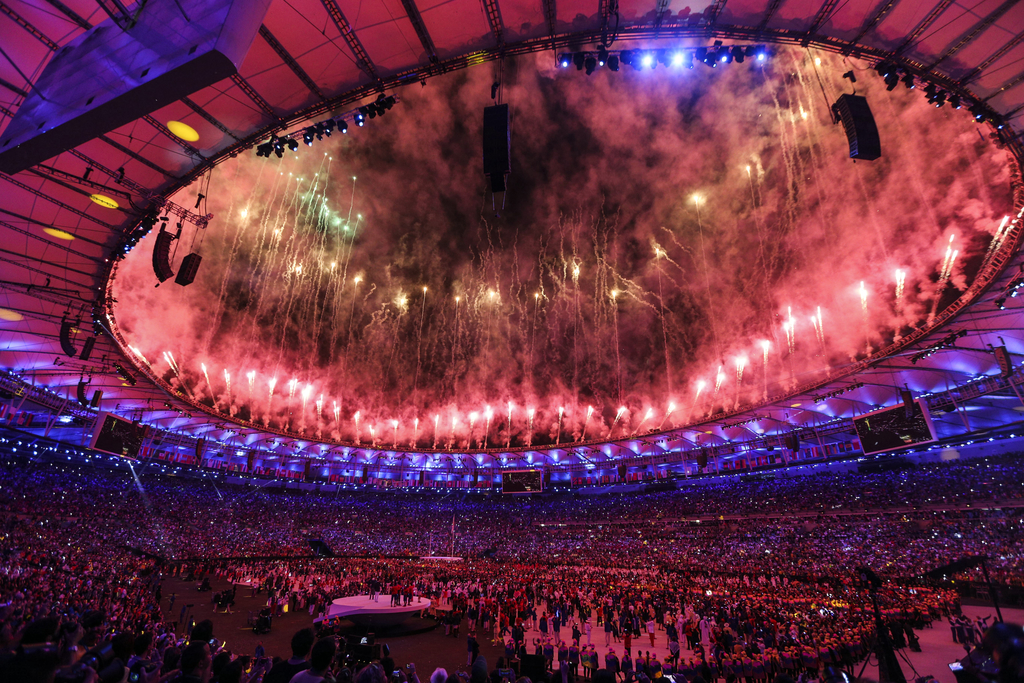 With one year to go before the torch is lit in Tokyo’s New National Stadium, NBC says it’s on pace to shift more than $1.2 billion in Summer Olympics ad inventory.

Speaking to members of the press Tuesday afternoon, Dan Lovinger, executive VP of advertising sales for NBC Sports Group, said that all signs pointed to a record Olympics haul for the Peacock. “We are pacing significantly ahead of where we were at this same point prior to the [2016] Rio Games,” Lovinger said, a nod to that year’s $1.2 billion take. Lovinger did not provide a more exact projection, saying only that his team expected to exceed the Rio benchmark in Tokyo.

That Lovinger can be as confident about NBC’s chances a full 367 days before the opening ceremony is a function of precedent and mammoth commercial impressions. Over the course of the 2016 Olympics, NBC and its cable network siblings averaged a total-audience delivery of 26 million viewers and a 14.9 household rating. On average, the 17-day spectacle earned a 26 share, which means that more than one-quarter of TVs in use during NBC’s coverage were tuned in to the action.

Thus far, the categories that have shown the most interest in scooping up time in NBC’s 2020 Olympics coverage include the usual suspects: auto, travel, beverage, tech and financial services. If recent history is any indication, the network can also expect a great deal of support from the so-called “rings-holders,” industry argot for the official sponsors of the International Olympic Committee. These include Coca-Cola, Toyota and former NBC parent company General Electric, all three of which were among the top 10 advertisers in the 2016 Games.

Besides its sheer unmatched reach, the Olympics are also “one of the most brand-safe environments for ad campaigns,” Lovinger said. If nothing else, the competition could prove to be an oasis in a sea of political ugliness on the home front; as it happens, the Tokyo Games (July 24-August 9) will unfold during the interval between the 2020 Democratic and Republican National Conventions. In the best-case scenario for NBC and its advertisers, the Olympics will serve as a palliative for what is all but certain to be a fractious shitshow.

While the Rio showcase delivered massive ratings for NBC, the linear TV numbers were down significantly compared to the record-setting 2012 London Olympics. (With an average draw of 31.1 million viewers and a 17.5 household rating, the London Games were the highest-rated Olympics staged outside of the U.S.) NBC’s primetime deliveries dipped to 26 million viewers and a 14.9 rating, leaving the network on the hook for a sizable chunk of audience-deficiency units.

NBC met its Rio ratings guarantees on just three of the 17 nights, a result that provided a stark contrast to how it fared in London. In 2012, the network exceeded its ratings targets 14 nights out of 17. After the Rio Games wrapped, NBC said it had made all of its Olympics advertisers whole within the Games themselves, although some buyers claimed that their clients had been offered makegoods in the upcoming season of “Sunday Night Football.”

Of course, makegoods are hardly a sign that the wheels are coming off, as sales execs would always rather offer an inflated guarantee rather than provide a low estimate and thereby risk leaving money on the table. In any event, NBC made a profit in Rio; according to NBC Universal CEO Steve Burke, the company was $250 million in the black by the time everyone got back to New York.

After years of losing money on the Olympics, NBC finally turned the corner in 2012, when it walked away from London $120 million richer. All the Olympiads that followed were also profitable.

Lovinger also offered some insight into how NBC would keep score in 2020. Antiquated metrics like household ratings are expected to go by the wayside next summer, as NBC has made a number of adjustments to how it will price and guarantee its inventory. Not only will Lovinger’s team sell against every set of eyeballs that alights upon the Tokyo Olympics, but for the first time the network has begun making guarantees against the core TV demos (adults 18-to-49 and 25-to-54).

One factor that could impact NBC’s deliveries is the 13-hour time difference between New York  and Tokyo, which will force the network to devote a good deal of its primetime coverage to tape-delayed events. Given that it’s next to impossible for fans to avoid spoilers in such a scenario, 2020 could tee up a somewhat suspense-free Olympics. That said, NBC in the past has done a remarkable job of working with the IOC to schedule the live competition so as to better align with U.S. TV interests; as such, it would not at all be surprising if many of the marquee Tokyo events are held in the morning. For example, a gold medal swim meet that takes place at 10 a.m. Tokyo time would air at 9 p.m. on the East Coast—right in the heart of primetime.

Lovinger ended Tuesday’s call by noting that NBC was doing what it could to “democratize access to the Games,” a high-minded way of saying that there will be more opportunities for marketers with smaller budgets to bask in a little Olympic glory. Brands in the emerging direct-to-consumer space, which have made their presence known during this summer’s upfront bazaar, are encouraged to seek out some Tokyo impressions.

“We have 7,000 hours of programming, and not all of it’s in broadcast prime,” Lovinger said. “So there are ways for [d-to-c brands] to get involved” if they so desire.

Speaking of Olympics newcomers, Lovinger said that NBC sales execs over the next few weeks will be winging their way to Japan in order to drum up some support from homegrown brands that normally don’t buy time in the United States. For example, beer manufacturers such as Sapporo and Kirin could prove a good fit for a thirsty market that is always on the lookout for a new tipple.