Plus: New York Media teams up with NeueHouse, and Meredith launches Dollar Scholar
READ THIS NEXT
Facebook offers millions of dollars in refunds to advertisers tripped by measurement mistake 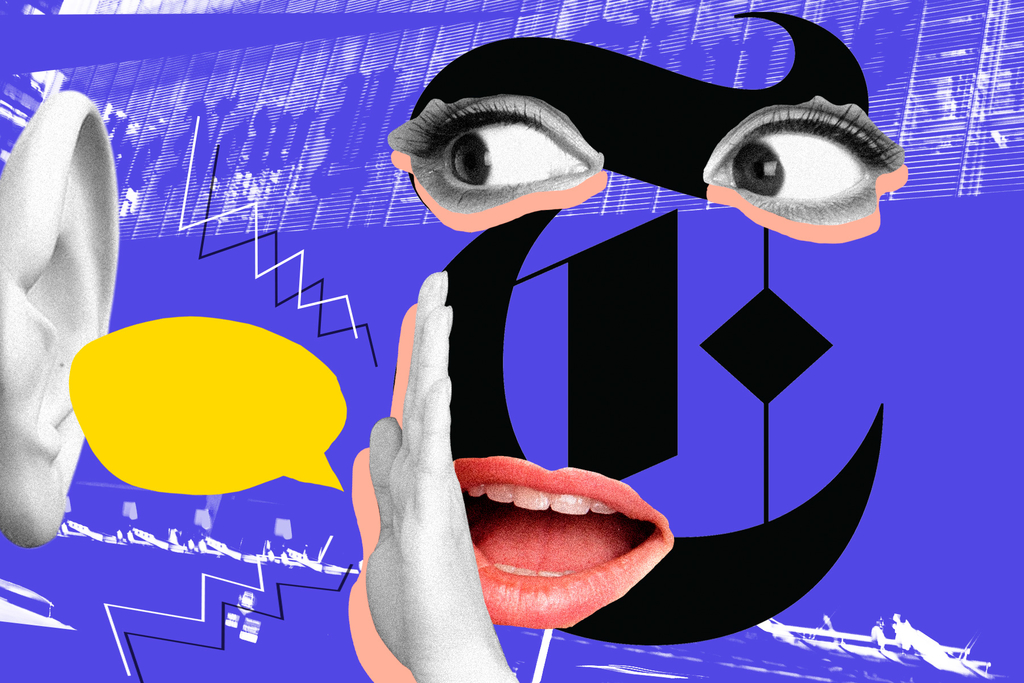 A private word: Back in April, The New York Times announced the launch of something it calls The Privacy Project with this mission statement:

Companies and governments are gaining new powers to follow people across the internet and around the world, and even to peer into their genomes. The benefits of such advances have been apparent for years; the costs—in anonymity, even autonomy—are now becoming clearer. The boundaries of privacy are in dispute, and its future is in doubt. Citizens, politicians and business leaders are asking if societies are making the wisest tradeoffs. The Times is embarking on this monthslong project to explore the technology and where it’s taking us, and to convene debate about how it can best help realize human potential.

Now, Susan Fowler, a NYT Op-Ed editor, offers an update in “What We’ve Learned From Our Privacy Project (So Far),” which appears in today’s print edition. Some of the takeaways highlighted in the piece are, well, unsurprising—e.g., see the “We Don’t Know Enough About What Happens to Our Data” and “Privacy Violations Affect Us in Tangible Ways” subheads—but as a progress report on some of the ground covered by this ambitious journalistic undertaking, it’s invaluable. For instance, as Fowler notes,

It’s unnervingly easy to violate the privacy of others—purposefully or inadvertently—using surveillance tools accessible to most everyone. To show just how easy it is, Stuart A. Thompson, the graphics director for The New York Times Opinion Section, bought a set of targeted advertisements and then designed them to explicitly reveal the (usually hidden) information on which they operate. … In another vivid demonstration of the availability of surveillance tools, Sahil Chinoy, a graphics editor for the Opinion Section, built a facial recognition system for less than $100.

Money talks: Meredith is leveraging its Money—the magazine brand it gained when it acquired Time Inc. in January 2018—to crank up its newsletter business. Today, in the wake of its spring announcement that it was shuttering the print edition of Money but investing in growing Money.com, the Des Moines, Iowa-based publishing giant announced that it’s launching a weekly longform newsletter about millennial finances, called the Dollar Scholar, written by Money reporter Julia Glum. You can sign up here.

IRL: NeueHouse, the self-described “private workspace and cultural hub for cross-industry creatives and entrepreneurs,” is teaming up with New York Media, the publisher of New York Magazine, to create “a content platform focused on cultural storytelling and interactive, immersive experiences and events.”

The company’s spaces are already popular with publishers. For instance, New York Magazine has hosted events including its “How I Get It Done” series at the New York City NeueHouse, while The New York Times Magazine has done its “Great Performers” events at the Los Angeles NeueHouse.

But now the NeueHouse organization will get to be in on the ground floor of helping to create events with New York Media, not just host them.

No details on specific programming yet, but a NeueHouse source tells us the first co-created event is likely to launch in September, timed to the Emmy Awards. Part of the goal of teaming up with NeueHouse is to “bring dynamic programming to life on a more regular basis,” Jackie Cinguina, CMO of New York Media, said in a statement. Cinguina, who joined NYM as head of sales marketing in 2017, was promoted to serve as the company’s first-ever CMO in May of this year.

Briefly:
• “Report: How About You Tell Us The Goddamn News For A Change?” (The Onion)

•  “Jo Ellison has been named editor of the Financial Times’ luxury supplement, How to Spend It, and will take on the role as of September,” WWD’s Samantha Conti reports.

And finally, at the newsstand…
Music icon Missy Elliott wants to make sure you know she’s, well, ICONIC via the August cover of Hearst’s Marie Claire: