TV Is Now Merely a Delivery System for the NFL

Despite Injuries and Ugliness, Ratings Dominance Persists
READ THIS NEXT
Warner Bros.’ 2021 films to hit both HBO Max and theaters in move that rocks film and streaming industries 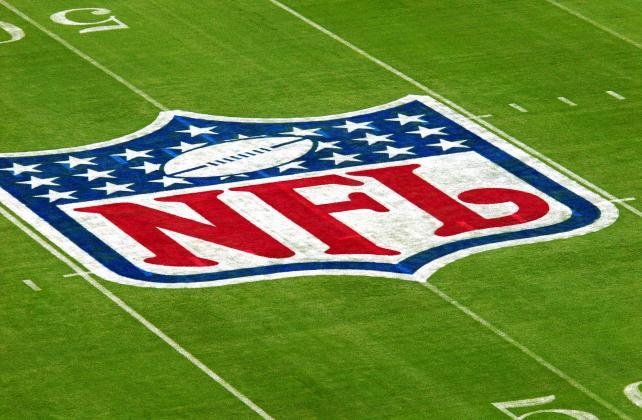 TV wasn't always so dominated by the NFL, but it's hard to remember that now.
Credit: Richard Sheinwald/Bloomberg News.

Despite an ongoing spate of extramural ugliness and an injury epidemic that has sidelined some of the game's top draws, the National Football League continues to serve as a grade-A delivery system for ratings points.

Heading into the third quarter of the 2015 NFL season, the Shield currently accounts for each of the fall's 10 most-watched telecasts and 21 of the top 25. The four outliers include two of the Republican primary debates and a pair of scripted season premieres on CBS ("NCIS" and "The Big Bang Theory"). For full details, see the chart below.

According to Nielsen live-plus-same-day data, six of the season's top 10 broadcasts aired outside of the prime-time window -- four were late afternoon (4:20 p.m.) national games carried by Fox and two were on CBS -- while the remaining four were installments of NBC's "Sunday Night Football." Thus far, the most-watched and highest-rated broadcast of the fall was Fox's coverage of the Nov. 1 Seahawks-Cowboys game, which averaged 29.4 million viewers and a 17.0 household rating.

The always polarizing Dallas squad have been featured in no fewer than six of the season's top broadcasts, doubling the number of appearances by runner-up Green Bay. Four of those Cowboys games aired after star quarterback Tony Romo broke his collarbone on Sept. 20, an injury that inadvertently triggered a six-game losing streak for Dallas, which is presently the lone occupant of the NFC East's basement.

Romo was only one of the first marquee names to go down to injury this season. The Steelers in Week 8 lost the NFL's leading rusher, Le'veon Bell, to a catastrophic knee injury, and QB Ben Roethlisberger has suffered two distinct setbacks that have sidelined him for at least five games. After incurring any number of bad breaks, the Colts' field general Andrew Luck may very well be shut down for the season, and everyone from Drew Brees to Jay Cutler to Josh McCown has been forced to sit out games after one or another on-field mishap.

That the fading Cowboys continue to be an automatic ratings draw speaks to the sheer size of its national fan base … and the equally vast cohort of Americans who absolutely despise the team and everything it represents. (To many detractors, owner Jerry Jones is so villainous he may as well be twirling an invisible mustache as he defends the likes of defensive end Greg Hardy, only the latest NFL player to be implicated in an assault on a woman.)

While many fans increasingly have to exercise a sort of selective amnesia in order to enjoy a guilt-free NFL experience, it would appear that the ugliness hasn't had much of an impact on viewership. Season-to-date, "Sunday Night Football" is averaging 23.6 million viewers per broadcast, up from 21.1 million in the year-ago period. More relevant to advertisers, NBC's prime time games are delivering a 13.8 household rating, which marks an 11% increase when compared to last year's 12.4 rating.

TV's tops: Not in prime time
Fox's late-game package remains the biggest draw on the tube, averaging 26.8 million viewers and a 15.5 household rating, while CBS' national window is trending just ahead of NBC with an average draw of 24.1 million viewers and a 14.1 household rating. (When CBS's regional 1 p.m. games are factored in, the network is putting up its biggest overall NFL ratings in 29 years.)

Meanwhile, with an aggregate 10.8 household rating, the seven "Thursday Night Football" games simulcast on CBS and NFL network are out-delivering last year's package by 5%, thanks in large part to a much more competitive schedule. Incidentally, CBS accounts for around 82% of all "Thursday Night Football" deliveries, or 14.2 million of the 17.4 million viewers who've tuned in since the season began.

Lastly, ESPN's "Monday Night Football" is on pace to match its 2014 ratings, trailing its year-ago average by just 2% with 13 million viewers and an 8.2 household rating. Bristol is only down by virtue of a tough comparison against last season's Washington-Dallas game, which set a four-year high with an average 18.8 million viewers and an 11.4 household rating. ESPN's best bet to reach those lofty heights this season is its Dec. 28 Bengals-Broncos game, which is all but certain to be freighted with all sorts of playoff implications.

It wasn't always like this
If ratings-watchers now tend to take the NFL's dominance for granted, the fact is that this is a relatively recent phenomenon. It wasn't until the 2011-12 broadcast season that "Sunday Night Football" unseated "American Idol" as prime time's most popular program, and before "Idol" arrived on the scene, ABC's old "Monday Night Football" spectacle was forever an also-ran to the likes of "Lost," "CSI," "Desperate Housewives," "ER," "Friends" and "Seinfeld."

Fast-forward a few years and it's nearly impossible to imagine a general-entertainment ever again getting within range of the NFL. For all its ratings might, the season premiere of Fox's "Empire" ranks 37th on the fall's most-watched list, while the Oct. 11 installment AMC's unstoppable "The Walking Dead" is No. 50.

And new shows can forget about cracking the upper ranks. In scaring up 13 million viewers in its series premiere, CBS's "Supergirl" drew the season's biggest standalone audience for a freshman show. The episode now stands as the fall's 71st most-watched broadcast.