No, Gen Z is not killing Star Wars 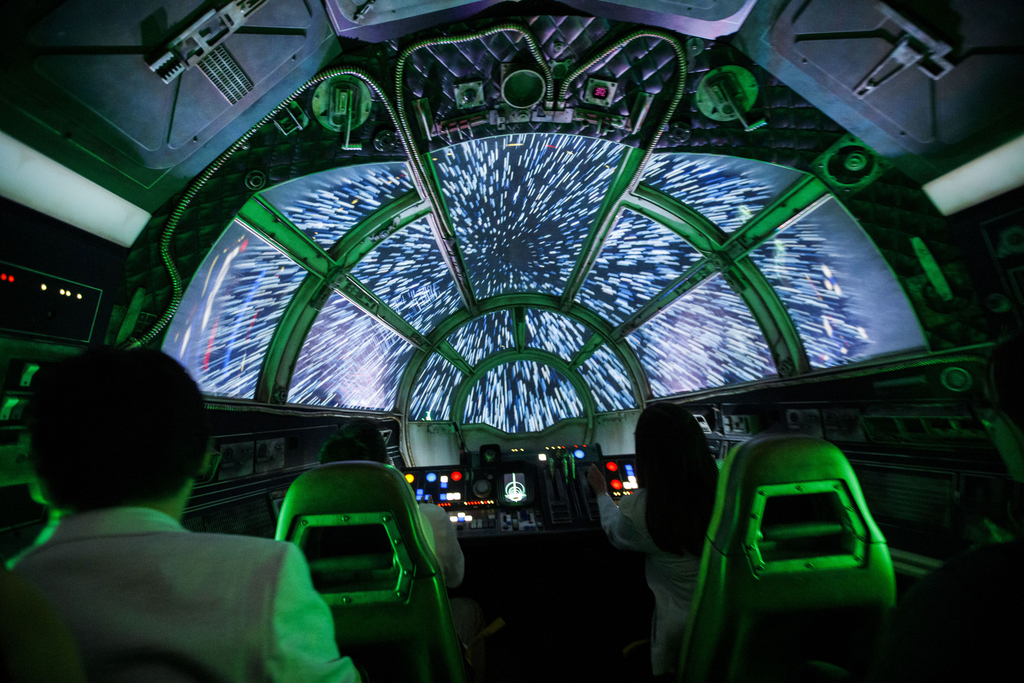 Having already killed off everything from American cheese to sex, Millennials are taking a well-earned breather, stepping aside for a spell and relegating day-to-day oversight of the slaughter to their children.

If a recent analysis of Disney’s quarterly earnings is any indication, among the first victims of Gen X are Wookies, droids, the Jedi and a certain high-ranking space cephalopod. Saved you a click: The kids aren’t interested in the whole Star Wars thing, and this generational apathy is bringing Disney to its knees.

That is one hell of a take. With apologies to the little green guy who lives in the swamp, “Nonsense that is.”

While investors by all means should continue to keep an eye on the performance of Disney’s interstellar franchise, it’s a bit of a reach to suggest that a dip in theme-park attendance signals a disenchantment with all things Star Wars. Yes, attendance at Disney’s domestic parks was down 3 percent in the quarter, a disappointing result given that the period coincided with the opening of the Star Wars: Galaxy’s Edge park at Disneyland in Anaheim, California. But it’s worth noting that visitors to the galactic addition only began spinning the turnstiles on May 31; in other words, the turnout for the entire quarter is being assessed on just 31 days of ticket sales.

Speaking to analysts during the company’s Tuesday afternoon earning call, Disney Chairman  and CEO Bob Iger said a number of factors likely contributed to the muted response to Galaxy’s Edge. Consumer perceptions may have played a role in dampening the first month of foot traffic. “There was tremendous concern in the marketplace that there was going to be huge crowding when we opened Galaxy’s Edge,” Iger said. “And so some people stayed away just because they expected that it would not be a great guest experience.”

Iger also noted that would-be visitors may have been discouraged by an increase in the cost of a Disneyland day pass, a hike compounded by those opportunistic local innkeepers who jacked up their room rates when Galaxy’s Edge opened its doors. He went on to add that one of Galaxy’s Edge main attractions, the mammoth “Rise of the Resistance,” won’t be up and running until January 2020.

By the time “Rise of the Resistance” is operational, the full Galaxy’s Edge experience will have blasted off at Walt Disney World in Orlando. The first stage of the Orlando launch is set for August 29. Anticipation for the Florida park’s next big attraction also may have had a negative impact on the resorts division; per Iger, “survey data suggest that guests are deferring visitation until after Star Wars: Galaxy’s Edge opens” in the Sunshine State.

Iger went on to say that among those who have visited the Anaheim Galaxy’s Edge, guest satisfaction and interest in the attractions have been extremely high. In other words, Disney-watchers may want to wait until a bit more data is in before they go all-in on the C-3PO anxiety mode. “Looking ahead, we anticipate strong segment operating income growth driven by the benefit from a full quarter of Star Wars: Galaxy’s Edge at Disneyland,” Iger said. “And so long term—and look, we build these things for the long term—we have no concerns whatsoever.”

Parks revenue was up 7 percent in the quarter to $6.58 billion, making it Disney’s second-biggest earner behind only the media networks. Enhanced by the recent addition of the FX Networks properties and a 13 percent spike in ad sales at ESPN, revenue at the broadcast and cable networks unit soared 21 percent to $6.71 billion.

The state of Galaxy’s Edge aside, a glance at recent box office figures should dispel any half-formed notion that younger Americans have little interest in the Star Wars phenomenon. For three consecutive years, offshoots of the original 1977 film have been the top-grossing theatricals in the U.S. Released in 2015, “Star Wars: The Force Awakens” vacuumed up $936.7 million, making it the nation’s all-time highest-grossing film. The first installment of the new Star Wars trilogy was so popular that it surpassed the previous record-holder, James Cameron’s “Avatar,” in a mere 20 days.

During “The Force Awakens” run, Hasbro sold $494 million in Star Wars toys and games. While sales of merchandise tied-in to the 2017 followup “Star Wars: The Last Jedi” didn’t meet Hasbro’s expectations, the company said the decline from one film to the next likely was a function of sheer glut. At the time of “The Last Jedi” release, the toy line faced stiff competition from the other members of Hasbro’s partner brand unit, including Marvel (“Thor: Ragnarok”) and Disney (“Frozen”).

The year after “The Force Awakens” revitalized the Star Wars mythos, the standalone movie “Rogue One: A Star Wars Story” beat all comers with $532.2 million in box office sales, while “The Last Jedi” topped the 2017 charts with its $620.2 million haul. For what it’s worth, “The Last Jedi” ranks as the ninth-biggest U.S. release of all time, while “Rogue One” has claimed the No. 12 slot.

Of the four Star Wars films released since George Lucas sold the property to Disney, only one failed to resonate with moviegoers. Although it was the 12th-biggest ticket of 2018, “Solo: A Star Wars Story” fell well shy of expectations, grossing $213.8 million in stateside sales, or well under its $275 million production budget.

Disney will look to put any talk about Star Wars’ waning popularity into a carbonate deep-freeze, as “Star Wars: The Rise of Skywalker” opens in theaters Dec. 20. The conclusion of the Star Wars saga comes at the tale end of a year in which Disney and its stable of franchises have dominated the movie business, as four of the top five films are Mouse House releases.