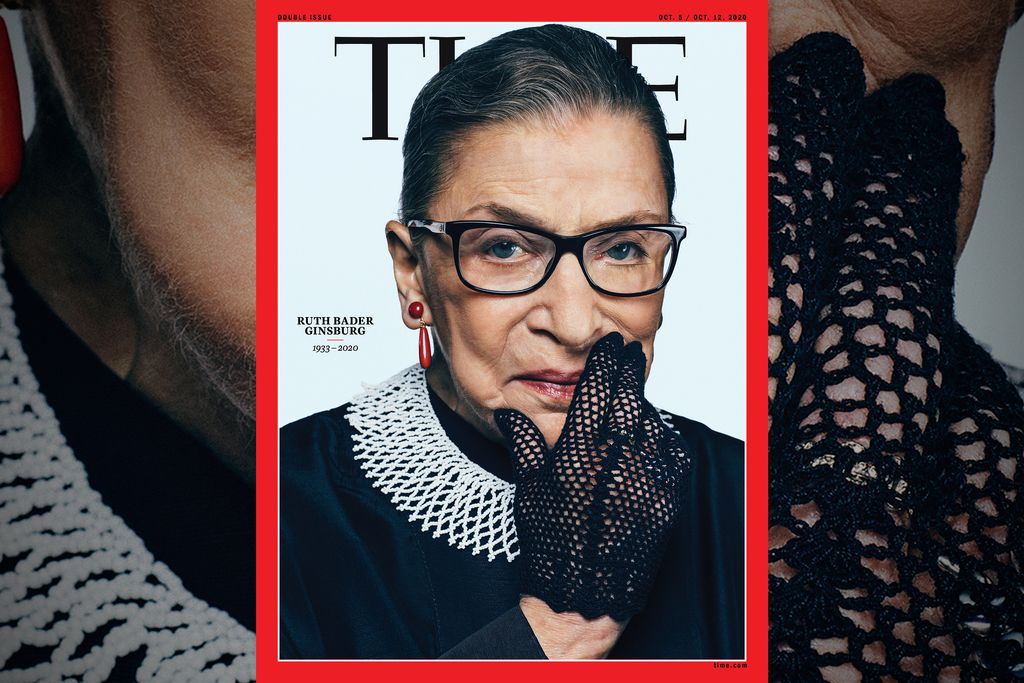 Time magazine already had the cover plan for its Oct. 5-12 double issue pretty much locked down—it prepared multiple special covers celebrating its annual “Time 100” list of the world’s most influential people—and then Supreme Court Justice Ruth Bader Ginsburg died on Friday. So now the newsweekly plans to also release a commemorative Ginsburg cover featuring an iconic image of the legal trailblazer by photographer Sebastian Kim. (As it happens, Ginsburg is a past “Time 100” honoree; she made the list in 2015.)

As the court tilted right in 2006 after the retirement of Sandra Day O’Connor, Ginsburg started to read, not just file, her dissents to explain to the majority why they were wrong in hopes that “if the court has a blind spot today, its eyes will be open tomorrow.”

Here was a shy, understated incrementalist suddenly becoming the Great Dissenter. In Shelby County v. Holder, she said that relieving errant states of the close scrutiny of the Voting Rights Act was like “throwing away your umbrella in a rainstorm because you are not getting wet.” In Hobby Lobby, she was aghast that the court would deny costly contraception coverage to working women “because of someone else’s religious beliefs.” In the Ledbetter v. Goodyear Tire & Rubber equal pay case, she asked how her brethren could penalize the plaintiff, who only got evidence of the disparity from an anonymous note, for missing a 180-day filing deadline given that salaries are kept secret. One person whose eyes were opened was Barack Obama. His first piece of legislation in 2009 was the Lilly Ledbetter Fair Pay Act.