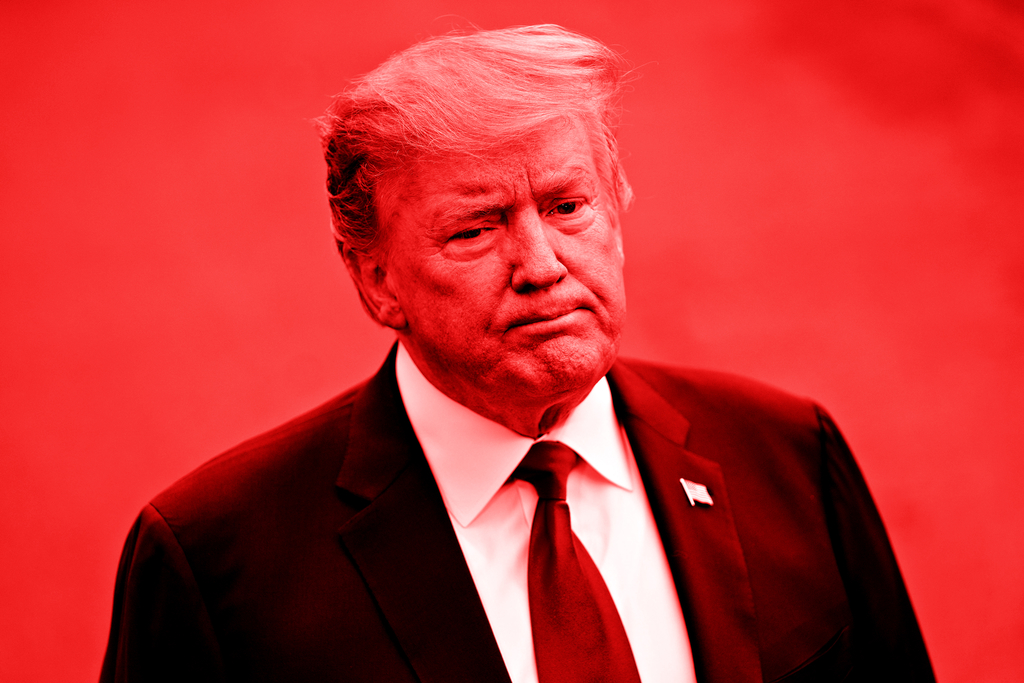 Across a series of five tweets, Trump got derailed a bit, unable to keep from criticizing some of his usual media targets (CNN, NBC, The New York Times), but ultimately made it clear that he spent some time watching Fox News over the weekend and was not at all pleased:

Watching @FoxNews weekend anchors is worse than watching low ratings Fake News @CNN, or Lyin’ Brian Williams (remember when he totally fabricated a War Story trying to make himself into a hero, & got fired. A very dishonest journalist!) and the crew of degenerate......

.....Comcast (NBC/MSNBC) Trump haters, who do whatever Brian & Steve tell them to do. Like CNN, NBC is also way down in the ratings. But @FoxNews, who failed in getting the very BORING Dem debates, is now loading up with Democrats & even using Fake unsourced @nytimes as....

…a “source” of information (ask the Times what they paid for the Boston Globe, & what they sold it for (lost 1.5 Billion Dollars), or their old headquarters building disaster, or their unfunded liability? @FoxNews is changing fast, but they forgot the people who got them there!

Impossible to believe that @FoxNews has hired @donnabrazile, the person fired by @CNN (after they tried to hide the bad facts, & failed) for giving Crooked Hillary Clinton the questions to a debate, something unimaginable. Now she is all over Fox, including Shep Smith, by far....

....their lowest rated show. Watch the @FoxNews weekend daytime anchors, who are terrible, go after her big time. That’s what they want - but it sure is not what the audience wants!

The situation is clearly intolerable—which means something’s gotta give. Stay tuned as Trump checks with Attorney General William Barr to see if he can fire disloyal Fox News anchors (Barr would say yes, probably) or maybe just issue an executive order canceling weekend Fox News programming (which would be replaced with reruns of “The Apprentice”).