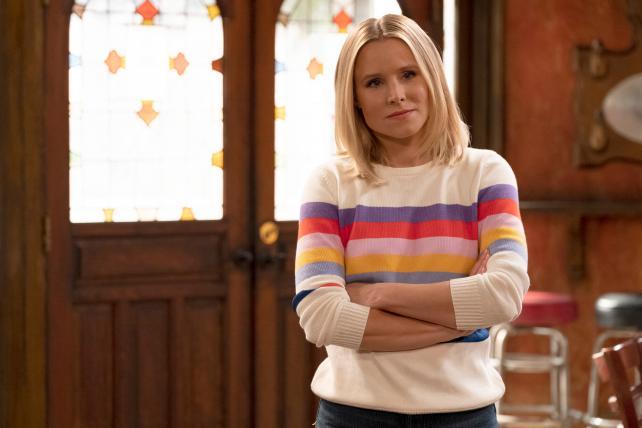 The flight of younger viewers from traditional TV has sent currency ratings for the first full month of the 2018-19 broadcast season into a tailspin, as primetime demo deliveries among the Big Four networks were down nearly a quarter compared to October 2016.

According to Nielsen C3 data, broadcasters last month averaged 7.98 million adults 18-49 in primetime, which marked a 22 percent decline versus the 10.2 million members of the dollar demo who tuned in two years ago. In other words, during the month in which viewers are invited to sample the bounty of the fall season, ratings were lower than they have ever been.

When held up against the October 2017 deliveries, this year's C3 ratings were down 11 percent.

For the uninitiated, the C3 currency blends a very rough estimate of average commercial ratings with three days of time-shifted viewing; as such, it offers networks, buyers and advertisers the best approximation of actual ad deliveries. The compromise measure has been in place since 2007.

When expressed as a decimal rating, the average demo delivery at NBC, CBS, ABC and Fox works out to a 6.2, which translates to a year-over-year loss of 950,000 demographically apposite viewers per night versus the earlier 6.9. Over a two-year span, some 2.25 million adults 18-49 have dematerialized, a number which reflects the loss of nearly two whole ratings points (1.8).

While all four networks have their share of difficulties, Fox's acquisition of the "Thursday Night Football" package has helped keep it ahead of the pack. In October, Fox averaged 2.94 million adults 18-49, good for a 2.3 rating in C3. That marked a 21 percent jump compared to last October's 2.43 million viewers, or 1.9 rating, and a slight 5 percent dip from two years ago when Fox averaged 3.09 million members of its target demo, or a 2.4 C3 rating.

The results at the other three broadcast nets are more in keeping with the overall TV usage data, which suggests that nearly 20 percent of the youngest members (adults 18-24) of the buying demo had ditched TV last month for video games, social media and/or unmeasured, unmonetized screen time. ABC, which averaged 1.33 million adults 18-49, or a 1.0 rating in C3, fell 33 percent from its October 2016 draw of 1.98 million members of the demo, or a 1.5 rating. When compared to the more proximate period, ABC's year-to-year drop was 18 percent.

Along with underperforming 10 p.m. newcomers "The Rookie" and "A Million Little Things," ABC this season has been stung by low turnout for returning series such as "The Good Doctor" (-45 percent) and "Dancing with the Stars" (-36 percent). Fortunately for ABC, it has other means at its disposal to turn buyers' heads that don't necessarily involve ratings tonnage; per Nielsen, among affluent viewers—read: those boasting a household income of $100,000 and up—the network can lay claim to seven of broadcast's top 10 scripted shows. Among the ABC shows that are particularly beloved by the Scrooge McDuck set are the comedies "Modern Family," "The Goldbergs," "Single Parents" and "Fresh Off the Boat."

After holding steady last fall, CBS's deliveries of adults 18-49 plummeted 39 percent vs. October 2016 to 1.36 million viewers per night, or a 1.1 C3 rating, and while the Eye Network transacts against its adults 25-54 audience, those numbers didn't fare too well either, dropping 34 percent in two years.

Much as Fox has been energized by its "Thursday Night Football" boost, CBS is feeling the impact of the loss of its own five-game primetime NFL slate. But the network also faces a steep drop-off on Monday nights and with dramas such as "Criminal Minds" (-29 percent) and "SEAL Team" (-24 percent).

CBS's most affluent-skewing scripted show is "The Big Bang Theory." Despite its science-nerd trappings, the "Big Bang" audience isn't necessarily crowded with budding Neil deGrasse Tysons; according to Nielsen's demographic data, those who tune in to the Chuck Lorre comedy are only 16 percent more likely to have earned a four-year degree than the rest of the general TV-watching population. By comparison, broadcast's brainiest show, NBC's "The Good Place," draws a crowd that is 55 percent more likely to have nailed down a B.A. or B.S.

Speaking of NBC, its stewardship of "Sunday Night Football" and "This Is Us" has gone a long way toward keeping it in the running for the seasonal ratings title. The Peacock last month averaged 2.35 million adults 18-49, good for a 1.8 C3 rating, and while that marked a 20 percent drop vs. October 2016 (2.94 million adults 18-49, 2.3 rating), it remains well ahead of CBS and ABC.

Not that NBC doesn't face the same sort of demo squeeze that's hampered the TV marketplace at large. For example, while the overall delivers for "Sunday Night Football" are up 8 percent year-over-year to 19.3 million viewers and an 11.2 household rating, the NFL showcase's demo ratings have inched up just 2 percent. For all the improvement in the audience totals, the number of available viewers in the set most coveted by advertisers continues to contract; last month, 9 percent fewer adults 18-49 watched TV than was the case a year ago, a discrepancy that averages out to a net loss of around 700,000 potential viewers per night.

Nor does the C3 currency do much to make up for the loss of commercial impressions that are a direct result of time-shifted viewing. As we've noted with almost metronomic persistence over the years, the lift from vanilla live-plus-three-day deliveries to C3 are negligible, as the vast majority of those who catch up with their favorite shows via the DVR tend to zip or zap their way through the commercials.

While the insufficiencies of C3 are plain to see in the program ratings, they're equally apparent in October's network numbers. NBC, CBS and ABC each gained just one-tenth of a ratings point upon application of the commercial ratings data, good for an increase of 5 percent compared to the original live-same-day stats. Fox, for its part, averaged a lift of three-tenths of a point in C3, which amounts to a 12 percent gain.

None of which is to say that Fox isn't hampered by the issues that confront every linear TV network in this everything-on-demand era of rampant commercial avoidance. With just four more Thursday-night NFL games on the schedule, Fox faces the inevitable post-football programming blues—although the playoffs will keep its Sunday-night ratings pumped through the Divisional Round weekend (Jan. 12-13). No, it's the scripted shows that are giving Fox fits, as only two ("9-1-1" and "Empire") are currently averaging so much as a 2.0 rating in C3, and returning dramas such as "Lethal Weapon" and "The Gifted" have seen their demos drop between 35 percent and 40 percent.

Fox also has a harder time connecting with people with more disposable income. In "Rel," "The Gifted," "Empire" and "Star," Fox attracts four of the Big Four's five most cash-strapped audiences. Per Nielsen, "Star" viewers rank dead-last in the household income and education categories, and while some of that may be attributed to the show's relatively youthful following—with a median age of 50.1 years, the "Star" audience is Wednesday night's most dewey-eyed and apple-cheeked—this only goes to show how superannuated broadcast TV in general has become.