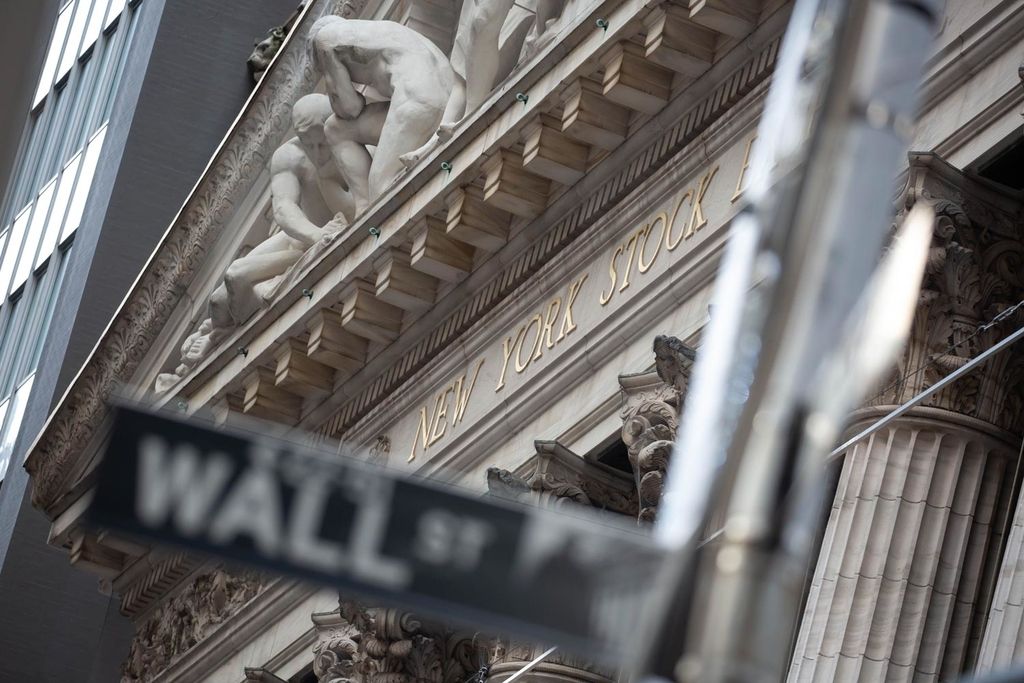 Wall Street is in a battle over the soul of brands that were hot 20 years ago.

Wednesday was one of those days where Wall Street was in a mood. GameStop’s unstoppable rally, fueled partly by Reddit renegades, continued to confound institutional investors. The exuberance leaked into other seemingly obsolete companies, too, driving up the stock prices of brands like Macy’s and Tootsie Rolls.

Here’s everything that happened:

GameStop’s stock boomed another 130%. The whole saga is shaking markets, because some hedge funds had been betting GameStop shares would sink. But crowds of retail investors, organizing on internet forums like Reddit, kept buying GameStop stock, pushing up the price and squeezing out the hedge funds.

For most people on Wall Street, the stock price of GameStop looks absurd, since it's a physical video game retailer in an industry that's going all digital. The frenzied internet investors were pushing up share prices in everything that was hot 20 years ago, but don’t look like smart bets today. Macy’s, BlackBerry, Express, and even Blockbuster video and Tootsie Rolls, were up, Bloomberg reports.

By late Wednesday, in the market's after-hours, GameStop euphoria seemed to hit its first wall, and the stock was down more than 15% after the closing bell. But, guaranteed, people will be watching what the market does today.

There are major concerns about how swarms of anonymous investors could communicate on web services like Reddit and Discord to throw a wrench in the markets. On Wednesday, even President Joe Biden’s new White House said incoming Treasury Secretary Janet Yellen was monitoring the situation, Bloomberg reports.

Late Wednesday, Discord, one of the platforms where groups can co-ordinate around interests, banned the channel called “Wall Street Bets,” one of the most active communities promoting stocks. There’s a sister community on Reddit, too. Discord said that too many members of the group were using “hateful and discriminatory language,” The Verge reports.

Another wild moment on Wall Street came from Facebook CEO Mark Zuckerberg, who took the gloves off against Apple on Wednesday, according to CNBC. Facebook reported strong fourth-quarter earnings, but warned that it faced resistance in the coming year, thanks to Apple. Apple is introducing privacy changes that will lock down data coming from iPhones, reducing the effectiveness of ads served by companies like Facebook and Google.

“Apple has every incentive to use their dominant platform position to interfere with how our apps and other apps work, which they regularly do to preference their own,” Zuckerberg said. “This impacts the growth of millions of businesses around the world, including with the upcoming iOS 14 changes.”

Facebook “warned of ‘significant uncertainty’ in 2021, and said it may not be able to grow as quickly in the second half,” Bloomberg reports.

Meanwhile, Apple was unbothered by Facebook’s pleas. Apple reported its own fourth-quarter revenue, which hit $111 billion. That’s the first time it topped $100 billion thanks to strong demand from Chinese consumers buying up new products like the iPhone 12, Bloomberg reports.

On Wednesday, Google discussed how it will alter its services to adhere to Apple’s new privacy mandates.

Like Facebook, Google runs ad networks that deliver ads to apps and websites it doesn’t own. Both Facebook and Google have to give guidance about how they will adjust to any changes made by Apple, which will affect the whole digital ad ecosystem. Apple will force apps to get consent from users before it will share a user’s “identifier for advertisers,” and without that consent, apps will be flying blind.

Google warned that “publishers and advertisers that rely on its mobile ad software will experience weaker results without IDFA access,” Reuters reports. “Google said it is developing alternatives for clients but these may not be ready immediately.”

ViacomCBS made the call on Wednesday that it was “virtually” sold out of commercial time for the Super Bowl on Feb. 7. It’s a time-honored tradition for networks to declare they ran out of ad slots, but as Ad Age’s Jeanine Poggi writes, there is always the potential to fit a few more ads in. “This is similar phrasing CBS has used in prior games. While all inventory is accounted for, if a brand comes in with an attractive offer they could find an opportunity,” Poggi writes.

Ad Age’s Jessica Wohl reports that M&M's will reveal its Super Bowl ad next week in a Zoom session. “The Mars Wrigley candy brand unveiled a 15-second teaser on Wednesday. The spot was posted on YouTube with the title ‘Reveal gone wrong,’ which sums up the premise,” Wohl writes. “A countdown at an outdoor gender reveal party is shown, and soon after a countdown begins, there’s a boom, smoke and coughing. Then, words appear on the screen to explain what’s going on: M&M’s will make it better on Feb. 7.”

“Berland revealed the new design elements that will appear in Twitter’s marketing going forward,” Ad Age reports. “There’s also a new font called ‘Chirp,’ which is a custom typeface created by Grilli Type in Switzerland. The Chirp typeface replaces Twitter’s use of Helvetica.”

Don’t worry, the bird logo isn’t going anywhere, but Twitter says it has more flexibility to have fun with how it appears. “The team embarked on a unique challenge: to build a creative system for an iconic brand that’s complex and imperfect, by design,” Berland said.

Thriftsta: A new genre of shopping is popping up on Instagram, writes Nylon. There are hordes of sellers setting up what are known as “thrift accounts.” Nylon says they are basically like Goodwill stores for the social media age.

Tequila cans: Molson Coors struck a deal with a cocktail maker to distribute a new style of adult beverage, based on tequila. It’s called Superbird, and it’s like a Paloma, reports Crain’s Chicago Business.

HBO Max appeal: The streaming service, which is owned by AT&T, reported a surge in subscribers thanks to its strategy to release box office movies straight into the home, like last year’s “Wonder Woman” sequel. The service now has 17.2 million subscribers, Bloomberg reports.