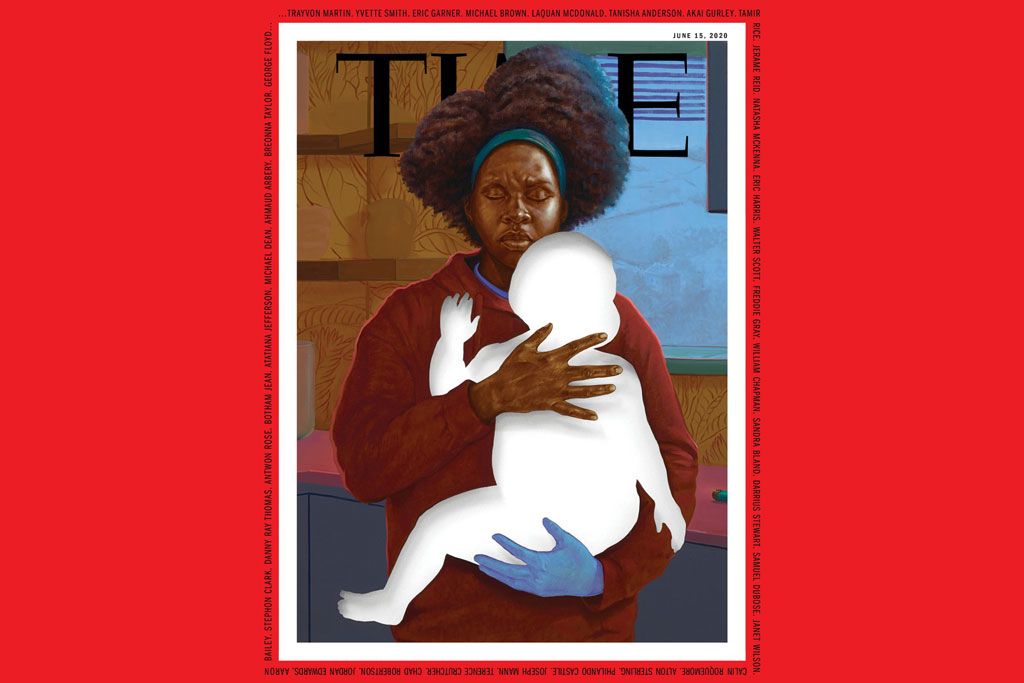 The June 15 issue of Time magazine, on newsstand Friday, features a painting by American artist Titus Kaphar that references the murder of George Floyd. In a note to readers, Time Creative Director D.W. Pine writes that,

Kaphar’s 60″x60″ oil painting, titled Analogous Colors, features an African-American mother holding her child. To complete the work, Kaphar cut out the canvas to show a mother’s loss: Floyd called out to his deceased mother during the 8 minutes and 46 seconds he was pinned to the ground by a Minneapolis police officer.

In a separate post, Titus Kaphar offers a powerful, poetic meditation on the painting—and “what it means to be Black in America.” Please read it.

An additional note about the cover, also from Pine’s post: