As with most distribution squabbles, the network has all the leverage 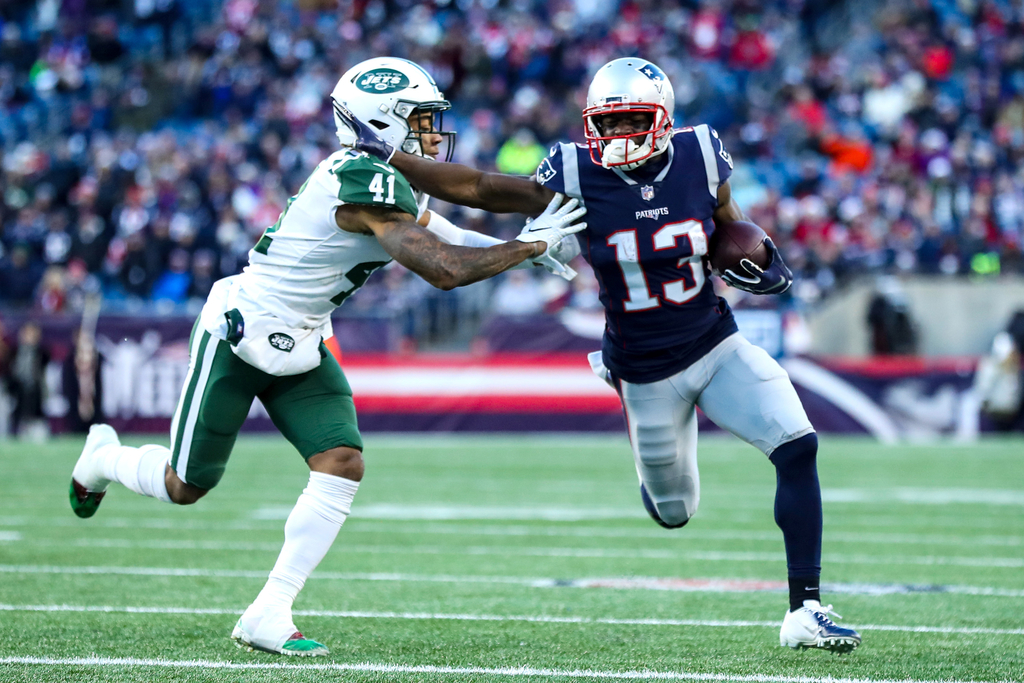 If you can find a bookie who’ll take some action on the latest pay-TV carriage dispute, bet everything you have that the stalemate between AT&T and CBS will end before the 2019 NFL season kicks off in September. Like Time Warner Cable before them, the phone company and its DirecTV subsidiary are about to learn a hard-fought lesson in leverage, a quality that’s in short supply for an industry that can’t seem to stop hemorrhaging subscribers.

If history is any guide, AT&T will have a new agreement with CBS worked out before both sides knock off for the long Labor Day weekend. As much as AT&T is placing the blame at the network’s feet—the first line of the on-screen message that now greets New York-area DirecTV subs when they navigate to WCBS-2 reads, “CBS has removed this channel from your lineup despite our request to keep it available to you”—the operator will bear the brunt of the blowback should fans fear they’re in any danger of missing out on the start of football season.

The clock is ticking. AT&T needs to get its ducks in a row by Sunday, Sept. 8, when CBS’s regional NFL coverage kicks off. Jets, Dolphins, Ravens and Seahawks fans who subscribe to DirecTV in the 17 markets impacted by the blackout will have to scramble to make other arrangements if their CBS feed remains offline, and things will only get uglier as the season progresses. CBS’s first national NFL TV window is scheduled for Sept. 22, and features what should be an all-out air war between the Saints and Seahawks.

Other key dates for both parties include Saturday, Sept. 14, when CBS’s SEC football schedule kicks into gear with Alabama-South Carolina and Monday, Sept. 23, which marks the official starting date of the 2019-20 broadcast season. That night, CBS will premiere the new Chuck Lorre comedy “Bob Hearts Abishola” and the courtroom drama “All Rise.” The following night marks the return of CBS’s most-watched scripted series, “NCIS,” which in its sixteenth season averaged 12.1 million live-same-day viewers, and Thursday the 26th marks the launch of the post-“Big Bang Theory” comedy block and the new supernatural drama “Evil.”

The Football Gods played a key role in squaring away CBS’s first-ever carriage blackout, which affected 3 million Time Warner Cable subs in New York, Los Angeles and Dallas. The 2013 standoff lasted a month, and matters were resolved six days before CBS’s NFL coverage kicked off. In the course of its nine national NFL windows, CBS that same season would go on to average 26.4 million viewers and a 15.2 household rating.

You can’t always get what you want
While bilateral compromise may have saved the day six years ago, the cable company more or less went on to concede that playing hardball with the most popular TV network didn’t play out as well as it had hoped. “We’re pleased to be able to restore CBS programming for our customers, and appreciate their patience and loyalty throughout the dispute,” said the late Time Warner Cable CEO Glenn Britt. “While we certainly didn’t get everything we wanted, ultimately we ended up in a better place than when we started.”

As was the case in 2013, CBS believes that as a purveyor of some of the nation’s most sought-after televised entertainment options, it enjoys far more bargaining power than AT&T. Some of CBS’s leverage lies in howling dissatisfaction that is such a hallmark of the pay-TV consumer experience. At the risk of trafficking in hyperbole, there is perhaps no sector that arouses more discontent and straight-out loathing than the cable/satellite space.

In a recent ACSI Customer Satisfaction Report, DirecTV rated fourth among 12 subscription-TV providers, and while that seems like a decent outcome, baseline expectations for the cable and satellite players are so low—all told, the sector this spring earned a 62 score out of a possible 100-point scale, good for a D-minus—that it’s hard to find a winner among the dirty dozen. All things considered, DirecTV’s 66-point score is like being voted the foxiest dude in Motörhead. (For the record, AT&T’s U-verse TV earned top billing with a 69, which works out to a D-plus.)

This wave of consumer disenchantment appears to have hit DirecTV harder than any other provider. Per its quarterly earnings reports, the operator last year lost 1.24 million video subs and another 626,000 during the first three months of 2019. Even more departures are expected to be brought to light when AT&T presents its second-quarter earnings on Wednesday.

Analysts believe DirecTV’s struggles with customer churn are only going to get more belabored  as the year progresses. According to a report issued by Credit Suisse in June, DirecTV may account for at least 75 percent of all satellite TV losses in 2019. AT&T’s triad of video offerings, which includes DirecTV, U-Verse and the OTT service DirecTV Now, accounted for 85 percent of the first-quarter sub losses posted by the top Pay-TV operators.

While subscribers who cut the cord generally list price as the key factor in their decision to ditch traditional pay-TV services, few are likely to draw a straight line between escalating retransmission consent fees and their increasingly swelling monthly bill. While CBS may get some of the money in your wallet, it’s perhaps one of the most indirect forms of tribute a customer can pay. At the same time, when that $187 statement rolls in every 30 days, the operator’s name and logo are stamped all over it. The battle for hearts and minds is something a pay-TV heavy simply cannot win. Nobody gets mad at the drugs when their dealer is three hours late.

Sweating it out
Carriage deals tend to be particularly knotty, as they touch on everything from retrans fees to alternative delivery systems such as the over-the-top service CBS All Access. They’re also always about money, which in the age of cord-cutting is a far rarer commodity than it once was. Analysts say that CBS is seeking $3 per month per sub in retrans fees, a step up from the $2 charge the two sides agreed upon in the 2012 deal that just expired.

The proposed 50 percent rate hike was too rich for AT&T’s blood, and the talks broke down late last week. “We were willing to continue to negotiate and also offered to pay CBS an unprecedented rate increase,” AT&T said in a press release. “That increase would present CBS the highest fee we currently pay to any major broadcast network group, despite the fact that CBS stations are available free over the air.”

For its part, the country’s most-watched TV network says it only wants to be paid what it’s worth. “After months of negotiations, CBS is simply looking to receive fair value for its popular programming and is proposing economic terms similar to those that AT&T’s competitors have accepted in hundreds of our recent distribution agreements,” CBS said in a statement issued Friday. “The DirecTV deal … is nowhere close to today’s fair market terms for CBS content—to which AT&T’s competitors have repeatedly agreed.”

As much as neither side particularly enjoys the old standoff shuffle, there’s probably no better time for CBS to go dark in millions of homes than the summer, when TV usage is at a seasonal low and none of its high-priced programs are on the schedule. When the network scrapped with Time Warner a few years ago, its huge summer hit, “Under the Dome” lost 9 percent of its overall audience, dropping from an average draw of 11.7 million viewers per night to 10.6 million during the outage. CBS this summer can lay claim to nothing as freakishly popular as “Under the Dome”; per Nielsen, the show most at risk for a blackout-related disruption is “Big Brother,” which is currently averaging 4.27 million viewers.

As a result of the two sides having failed to come to terms on a new distribution deal, some 6.5 million DirecTV subs in 17 major media markets are now unable to watch their local CBS affiliates. The stalemate has left CBS dark in 15 percent of the 42.2 million TV homes in New York, Los Angeles, Chicago, Philadelphia, Dallas, San Francisco, Boston, Atlanta, Tampa, Seattle, Detroit, Minneapolis, Miami, Denver, Sacramento, Pittsburgh and Baltimore—all of which are served by competing cable and satellite TV providers.

CBS has quite a few distribution deals to re-negotiate in the coming months; according to a recent earnings statement, “agreements representing approximately 85 percent of the company’s total subscriber [base]” will come up for renewal between now and the end of 2020. As was noted in the earnings report, “renewals of these agreements have resulted in increases in the rates received.”