Amazon has a good night at the Emmys and Advertising Week kicks off in NYC: Monday Wake-Up Call | Ad Age
Skip to main content

Amazon has a good night at the Emmys and Advertising Week kicks off in NYC: Monday Wake-Up Call 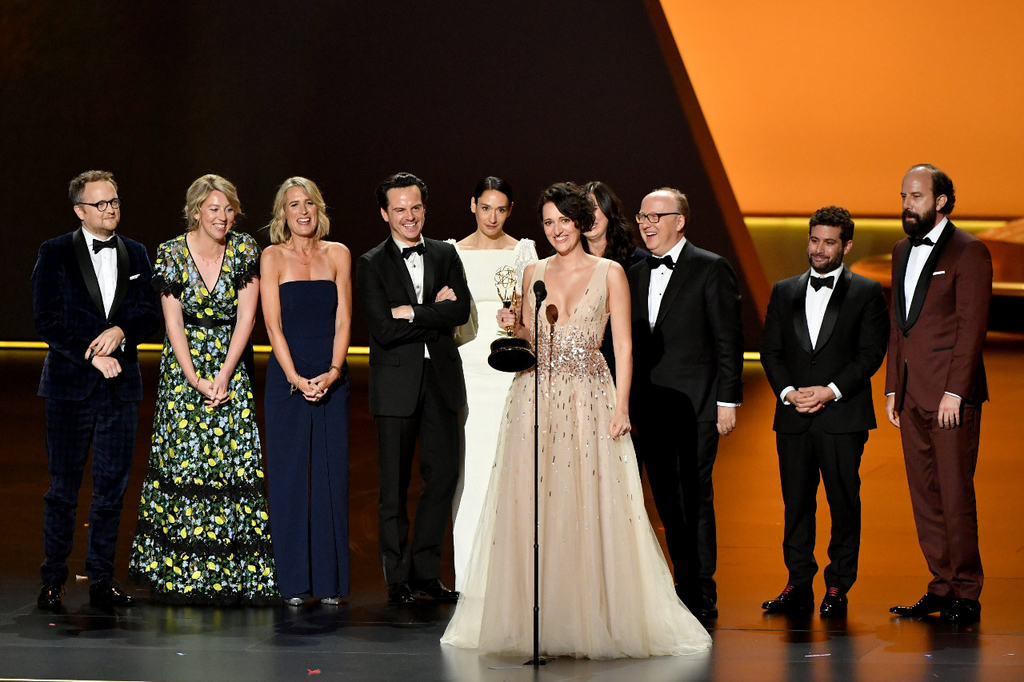 Amazon has a good night at the Emmys
There was a final triumph for HBO’s “Game of Thrones” last night at the 71st Primetime Emmy Awards, with the show picking up 12 awards including best drama series. As the New York Times points out, that means the fantasy series ties the record for the most wins in that prestigious category with legendary shows like “The West Wing,” “L.A. Law,” “Mad Men” and “Hill Street Blues.”

Elsewhere, it was a very good night for Amazon. Its British comedy “Fleabag” picked up three awards, including best actress in a comedy for its creator and star, Phoebe Waller-Bridge, while there were two awards for “The Marvelous Mrs. Maisel.” Not only that, Amazon’s Alexa also got a plug during the show, announcing the names of nominees for best actress in a comedy in a Kimmel/Colbert segment.

The night wasn’t a great one for Netflix, which went away empty-handed in the biggest categories. Meanwhile, with both “GoT” and “Fleabag” having ended their runs, advertisers will be on the lookout for new hits as the primetime season kicks off this week.

Advertising Week is here
Brace yourselves: Advertising Week kicks off in New York this week, with all manner of industry shenanigans planned. Rest assured, Ad Age staff will be on the ground reporting, moderating panels and making sure you're up to date with what's going on. But, asks Lindsay Rittenhouse in Ad Age’s Special Report out this morning, how much does the event, now in its 16th year, still really matter?

As Advertising Week has grown, so have the complaints: too sprawling, too many panels, and an economic climate that means, as one industry executive tells Rittenhouse, that creative agencies should ideally looking beyond their own backyard for inspiration. "We really need to think about, as an industry, what actually helps us and what is just remnants of an old industry,” the executive says. Food for thought. Speaking of food, Advertising Week founder Matthew Scheckner counters that the event is an "all you can eat buffet" with the "right mix of quality and quantity."

Ad Age’s Ann-Christine Diaz reports that Alexander’s $25 million lawsuit alleges that the defendants participated in defamatory and conspiratorial actions that “tortiously” interfered with Alexander’s business activities—that is, they intentionally aimed to harm his employment. It claims that “false and defamatory accusations of sexual harassment and other misconduct” published by DMA on its social accounts “destroyed” everything Alexander had worked for throughout his career. Plus, Alexander is also planning legal action against the Martin Agency and parent company IPG.

Johnson, who reached an undisclosed settlement with WPP nearly 18 months ago, speaks movingly about the lawsuit’s effect on her family. Her kids “had a lot of questions because they overheard certain names, so they would ask about “Who’s this? Who’s that?” Or “Why is Mommy crying? Why is Mommy so sad?” She also describes how the case made her really find out who her friends were -- and describes herself as “depressed” about her former agency’s merger with Wunderman.

Just briefly:
Stranded: The 178 year-old British travel firm Thomas Cook has collapsed, it confirmed early Monday morning, leaving around 150,000 customers “stranded” on vacations around the world. The Guardian is reporting with live updates.

Animation of the Day: In a video specially made for Ad Age with FCB, agency legend and Advertising Hall of Famer Carol H. Williams recalls a formative 1970 experience that helped shape her career. Early in her career, Williams wrote a commercial called “Uncle Henry” for Hungry Jack Biscuits, featuring a character based on her own beloved uncle. The script would be rejected, and she would feel "devastated," until a chance encounter changed her life. Take a look here.

Roll with it: TiVo has confirmed that it plans to place pre-roll video advertisements before DVR recordings for all customers, reports The Verge. However, customers will still be able to skip the ads as soon as they start up.

The face of hunger: Feeding America used AI to morph the faces of 1,000 people who visit food banks across the U.S. into one, in a hard-hitting new PSA supported by the Ad Council, reports Ad Age’s Jessica Wohl.

Campaign of the Day: During last night’s Emmys, Fisher-Price threw out an appeal to the primetime audience’s nostalgia for its toys in a spot featuring actor John Goodman. As Ad Age’s Adrianne Pasquarelli writes, it sees Goodman dressed as the classic farmer from Fisher-Price’s Little People collection, walking through its farm landscape amid memorable toys like the Chatter Phone and a stuffed puppy. It’s the first work by Wieden & Kennedy for the Mattel-owned brand. “You lived here once,” Goodman says in the spot. “It was the happiest you’d ever been.” Seventies kids may well agree.