Bill Gates leaves Microsoft board to focus on philanthropy

Under Gates’s leadership, Microsoft became the dominant provider of software in computing from workplace productivity to internet and gaming
READ THIS NEXT
Twitter temporarily blocks Trump campaign account over COVID misinformation 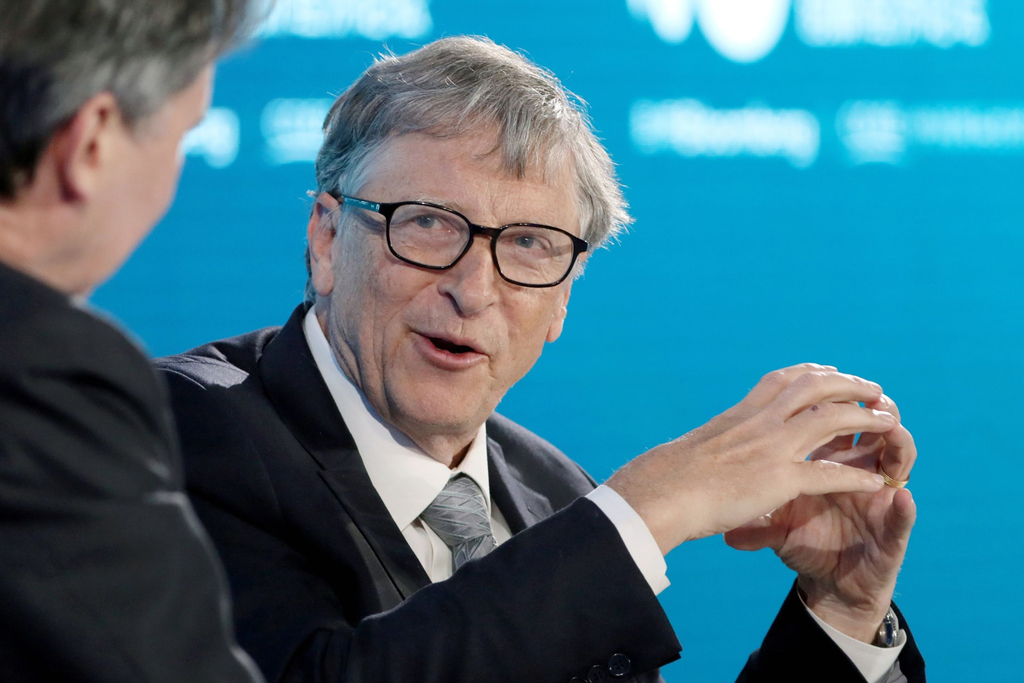 Bill Gates said he’s stepping down from the board of Microsoft Corp., the company he co-founded in 1975 and built into the world’s largest software maker, to devote more time to philanthropy.

Gates, 64, has been scaling back his involvement in the Redmond, Washington-based company for more than a decade. Most recently he’d been serving as an adviser to current Chief Executive Officer Satya Nadella on technology areas including productivity, health software and artificial intelligence, and he will continue to do so.

“Microsoft will always be an important part of my life’s work and I will continue to be engaged with Satya and the technical leadership to help shape the vision and achieve the company’s ambitious goals,” Gates wrote in a blog post Friday. “I feel more optimistic than ever about the progress the company is making and how it can continue to benefit the world.”

Gates hasn’t been active in a day-to-day role since 2008, Microsoft said in a statement. That’s when he switched to devoting the majority of his time to the Bill & Melinda Gates Foundation. Gates now wants to spend more time working on global health, education and tackling climate change, according to the statement. He served as CEO of Microsoft until 2000, the same year his foundation was started, and was chairman of the company until February 2014.

Under Gates’s leadership, Microsoft grew from a provider of the basic software code used to run business and home machines in the early years of personal computers into the dominant provider of software in computing from workplace productivity to internet and gaming. At the peak of its reach, the company attracted challenges from antitrust regulators, with the U.S. calling it a monopoly and suing to break it up. Microsoft ended up settling the case and avoiding the harshest penalties. Under Gates’s successor, Steve Ballmer, Microsoft’s position in the tech industry was challenged by competitors like Google and a resurgent Apple Inc.

Nadella took over from Ballmer in 2014. Since then, the company has focused on cloud computing as growth evaporated in the PC market, which Microsoft helped pioneer in the 1980s. Microsoft has posted revenue growth of 14 percent for the past two fiscal years, helped by increasing sales of software and computing over the internet. Even after steep stock declines in recent weeks along with the rest of the market amid the Covid-19 pandemic, the company still has a market capitalization of more than $1.2 trillion.

“Microsoft will continue to benefit from Bill’s ongoing technical passion and advice to drive our products and services forward,” Nadella said in a statement. “I am grateful for Bill’s friendship and look forward to continuing to work alongside him to realize our mission to empower every person and every organization on the planet to achieve more.”

The company’s successful transition to new businesses and return to growth under Nadella means that shareholders are unlikely to be concerned that its founder will be even less involved, said Michael Levine, an analyst at Pivotal Research Group, on Bloomberg Television.

“I think people would feel differently if they had not done such a tremendous job of transforming the business,” he said.

Gates will also exit the board of Berkshire Hathaway Inc., the company run by his longtime friend Warren Buffett. As part of the shuffle, Kenneth Chenault, former CEO of American Express Co., will join Berkshire’s board, Buffett’s company said Friday in a regulatory filing. American Express ranked as Berkshire’s fourth-largest common stock investment at the end of 2019. Chenault also stepped down from the board of Facebook Inc.

Gates and Buffett, 89, have been friends for years. Gates joined Berkshire’s board in late 2004 and the pair deepened their ties in 2006, when Buffett said he would plan to give away the bulk of his fortune to charitable groups including the Gates Foundation. Buffett and Gates, both billionaires, have continued to push for more philanthropic efforts among the wealthiest, with initiatives such as “The Giving Pledge.”

“He leaves an enduring legacy of curiosity and insight that serves as an inspiration for us all,” Microsoft Chairman John Thompson said in the company statement.