Brands missing from marketing of 'Joker' 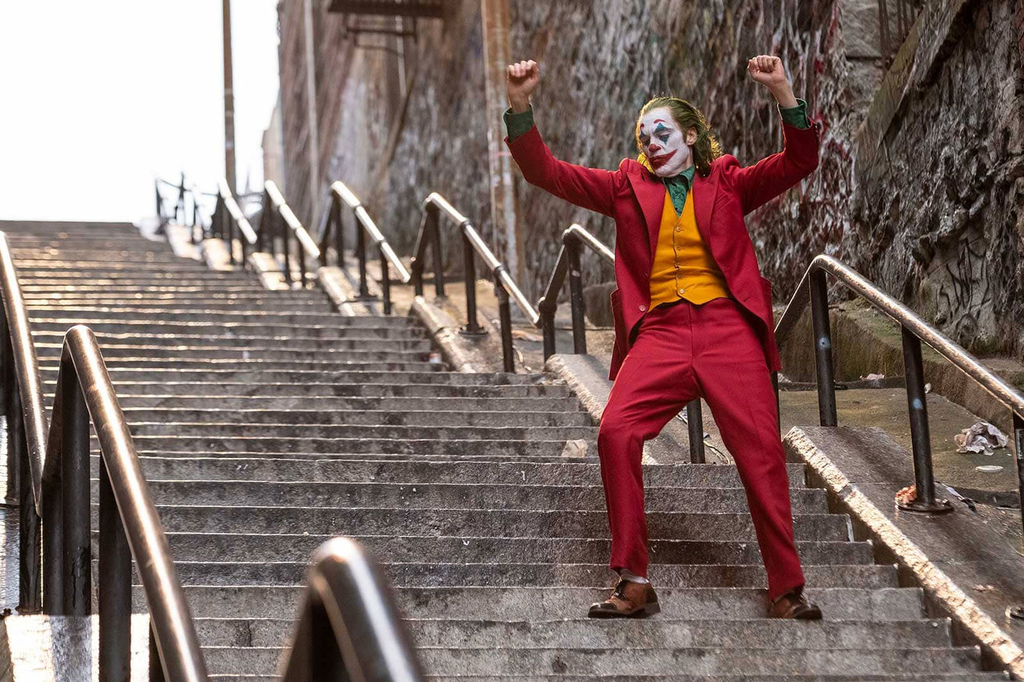 It opened against the backdrop of gun assaults across the nation. It’s been criticized for gore and a sympathetic portrait of its homicidal protagonist. And it received an R rating for violence.

All of which could add up to why Warner Bros. has been promoting “Joker” as more of an arthouse film with a small budget and no brand partnerships.

The studio declined to discuss its marketing with Ad Age. But the "Joker” promotion stands in contrast to another of the studio’s 2019 films, “It Chapter Two,” rated R by the MPAA for “disturbing violent content and bloody images throughout.” That film counted Carl’s Jr, AT&T, Cold Stone and Shell among its promotion partners.

The studio’s 2016 comic book movie release, "Suicide Squad,” a PG-13 film starring Jared Leto as its Joker, secured a partnership with Samsung and grossed $746 million globally at the box office.

It's easier to market superheroes who fight for good. Superhero rollouts have leaned on splashy Super Bowl ads and big brand partnerships with companies like Geico and Coca-Cola.

Even without many of the marketing tools that come standard with comic book movies, "Joker" dominated U.S. theaters this weekend, bringing in $93.5 million and setting a box office record for October.

The film won the highest prize at the Venice Film Festival last month, and there's already Oscars buzz about Joaquin Phoenix's lead performance. But some critics are saying the movie is too violent. Police have increased their presence at movie theaters in major cities following warnings from the FBI of online chatter about committing acts of violence at screenings. A Huntington Beach, Calif. theater had to shut down on Thursday after a threat was reported to police.

"Make no mistake: neither the fictional character Joker, nor the film, is an endorsement of real-world violence of any kind," Warner Bros. says in a statement. "It is not the intention of the film, the filmmakers or the studio to hold this character up as a hero."

The movie's promotional push began last year with a pair of Instagram posts in September 2018 from director and co-writer, Scott Phillips, sparking a two-week spike in internet searches for the word "joker" according to Google Trends data. Phillips later unveiled the film's first trailer at CinemaCon in April 2019. Warner Bros. has been running traditional TV spots and posted billboards in Times Square and on the Sunset Strip, but the studio has no plans to work with brands to promote the movie. The studio also blocked print and broadcast journalists from its red carpet premieres in Hollywood and New York.