Plus, news on Amazon, TikTok and Papa John's
READ THIS NEXT
Sephora plans dozens of new U.S. stores in bet on physical retail resurgence 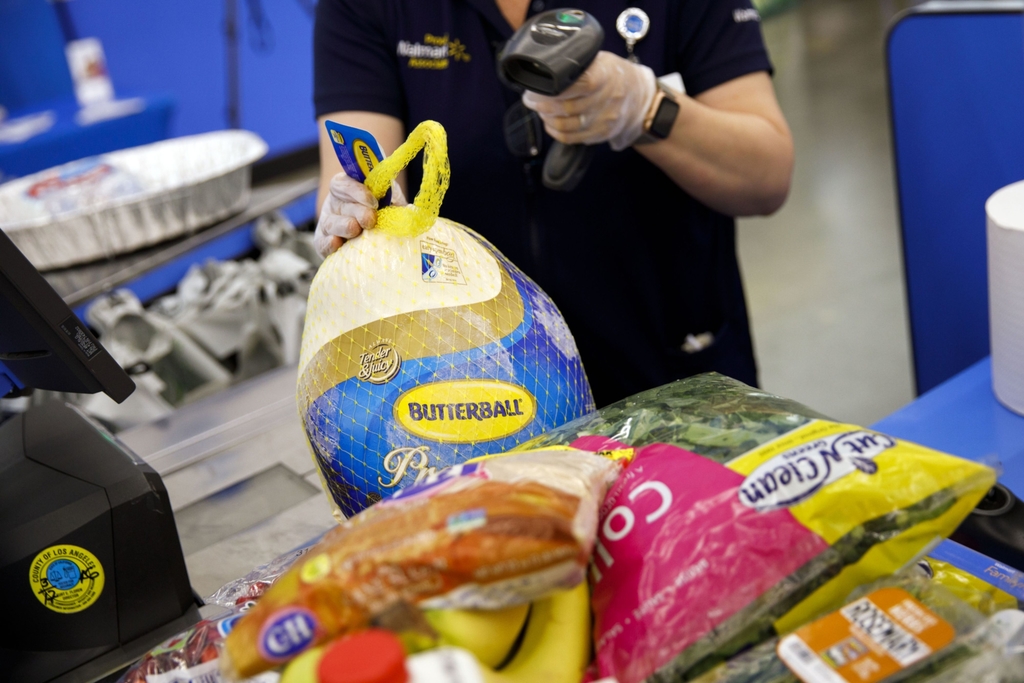 A cashier scans a Butterball turkey at a Walmart in Burbank, California.

Talking turkey
As you read this, the experts at the Butterball Turkey Talk Line are getting ready to field more than 10,000 Thanksgiving Day phone calls from people trying to avert disaster in the kitchen. Last year, to be precise, they handled 11,265 calls, 3,758 texts, 1,002 live chats and 371 emails, according to The New York Times. Those who think their turkey-roasting skills are subpar can take comfort in the fact that others are struggling too. The 50 or so staffers at the hotline told The Times that:

“People ask if they can thaw a turkey in the dishwasher, under an electric blanket or in the backyard pool. One man threw a wrapped turkey in the bath water with his two children.”

If the idea of a call-in hotline seems adorably old-school in 2019, it’s because it is: Edelman dreamed up the project in 1981, and the PR firm still helps coordinate it, The Times says.

Also: Ad Age’s Judann Pollack interviewed a longtime Butterball hotline staffer back in 2017, and there’s a funny anecdote in their conversation about a Labradoodle who messed with a Thanksgiving turkey.

In other (totally unrelated) Thanksgiving news
Kiva Confections, an edibles brand, is selling cannabis-infused turkey gravy for Thanksgiving, which “should help keep dinner drama to a minimum,” as Ad Age’s Ilyse Liffreing writes. You can see some folks cook with it and taste it in a video from Kiva that’s aptly titled “Baked to Perfection.” Today is Green Wednesday, the cannabis industry’s name for the day before Thanksgiving, which is apparently when a lot of people like to stock up before the holiday. But in case the idea of THC-spiked gravy doesn’t sound appealing, Kiva is better-known for chocolates and gummies.

Amazon axes its sampling program
For over a year, Amazon has been running a program that lets advertisers send free samples to shoppers based on machine learning predictions about what they might like. Brands including Folgers, Maybelline, Dunkin', Kind and Quaker have tried it out. But now Amazon is killing the program, which will end early next year, Business Insider reports. This seemed like a potentially lucrative new addition to Amazon’s burgeoning stream of ad revenue, and it's not clear why the company is discontinuing it. But as Business Insider notes, some consumers found it creepy to receive products that seemed tailored to their tastes but that they hadn’t actually purchased.

Just briefly:
An unusual Black Friday sale: Barneys New York, which filed for bankruptcy protection and is liquidating its merchandise, “will deepen its discounts over Black Friday weekend in a rare clearance of luxury brands,” Bloomberg News reports.

Meanwhile on TikTok: A teenage girl from New Jersey was barred from TikTok after making a video criticizing China’s treatment of Muslims. TikTok, whose developer ByteDance is Chinese, told BuzzFeed News that the teenager “was actually suspended for another video—one with a meme about Osama bin Laden.”

Podcast of the day: David-Michel Davies, who heads up the Webby Awards, talks with Ad Age Editor Brian Braiker about how to cut through the clutter on the internet. Subscribe to the "Ad Lib" podcast on iTunes or Spotify.

Quote of the day: "I've had over 40 pizzas in the last 30 days, and it's not the same pizza.”—Former Papa John’s leader John Schnatter, talking to Louisville, Kentucky news channel WDRB about how he’s disappointed in the chain’s product now. (That's ... a lot of pizza.)

Product of the day: Williams Sonoma has a special-edition line of Star Wars-inspired Instant Pots, and one of them’s a dead ringer for R2-D2. Also check out the toaster shaped like Darth Vader’s head; you put the slices of bread into the top of his black helmet.