A crackdown on vaping, and FTC scrutiny for Amazon: Thursday Wake-Up Call

Plus, a fun and absurdist Samsung ad 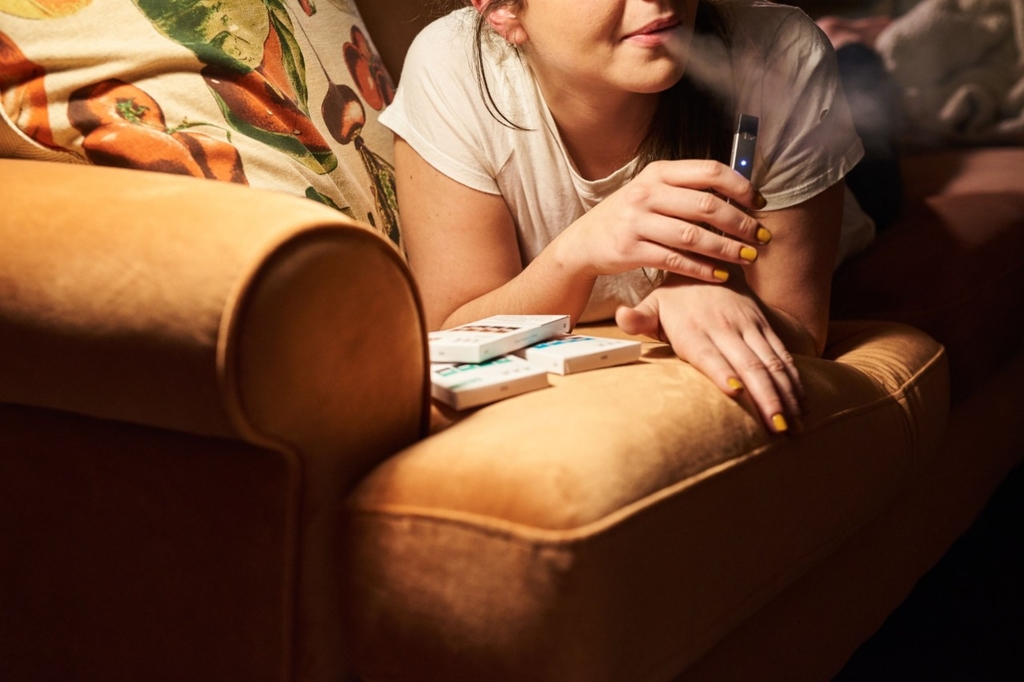 Juul says its products are intended for adults trying to quit smoking cigarettes.

An e-cigarette crackdown
The Trump administration plans a ban on most flavored e-cigarettes, a category that has exploded in popularity and boosted brands like Juul, which sells nicotine pods flavored like mint, cucumber and mango. Other companies offer dessert-inspired flavors—bubble gum, root beer barrel and cinnamon roll—and there are concerns that sweet flavors draw in teenagers who are otherwise put off by tobacco products. (Juul says its products are intended for adults trying to quit smoking cigarettes.)

In an Oval Office meeting, President Trump mentioned that his wife Melania is worried about the issue because of their teenage son, Barron, The Washington Post reports. A spate of vaping-linked lung illnesses, and six deaths, have added to fears, though authorities still don’t understand the exact cause. (“Many patients have reported using cannabis-related products, but authorities have not ruled out any specific type of vaping,” The Post says.)

A campaign to check out: The California Tobacco Control Program and San Francisco-based agency Duncan Channon helped bring attention to the issue with a campaign called “Flavors Hook Kids." It included footage of tiny tots having their first taste of foods—bananas, cotton candy, ice cream. "While you were learning about your kids' favorite flavors, the tobacco industry was too," the caption says.

Amazon in the crosshairs
​​​​​​​Bloomberg News reports that Federal Trade Commission investigators are speaking to merchants who sell products on Amazon, and “the interviews indicate the agency is in the early stages of a sweeping probe to learn how Amazon works, spot practices that break the law and identify markets dominated by the company.” Will Amazon’s advertising practices come up in this?

An ill-conceived Sept. 11 brand tweet
The Sept. 11 anniversary seems to have passed without gaffes from big marketers tweeting tone-deaf commemorations, Fast Company writes. But it spotted something from a smaller brand, Ledo Pizza: “The Annapolis, Maryland-based regional pizza chain with more than 100 locations tweeted #NeverForget with a photo of its square pizza topped with olives and pepperoni to look like the American flag," Fast Company writes.

Ledo deleted the tweet and apologized. “If you are familiar with Ledo Pizza, you know that we would never intentionally do anything to dishonor our flag, and we hope that you can find it in your heart to forgive us for this misstep,” it tweeted.

In New York City, meanwhile, Ballyhoo Media’s controversial floating LED billboards in the Hudson River also bore a message of remembrance. Gothamist wrote about it under the headline, “Floating Digital Billboard Reminds NYC to “NEVER FORGET” Before It Shows Some More Beer Ads.”

Agency wins: Agency Giant Spoon “debuted its first work for Austin-based Yeti on Wednesday after revealing that earlier this year it won lead creative and strategy duties for the outdoor lifestyle brand, without a review,” Lindsay Rittenhouse writes in Ad Age.

Podcast of the day: Andrew Essex, the former Droga5 CEO who launched “alternative” holding company Plan A, says he doesn’t see the ad industry’s future in the same way S4’s Martin Sorrell does. “I fundamentally disagree with Martin’s worldview, which is that the opportunity is in data and analytics,” Essex says on this week’s “Ad Lib” podcast. “He’s forgetting what we’re good at in this business. I’m not as interested in plumbing as I am in poetry.“ Subscribe to the podcast, hosted by Ad Age Editor Brian Braiker, on iTunes or Spotify.

Ad of the day: Samsung seems to have a thing for casting quirky animals in its commercials. In 2017 it made a well-known ad about ostriches, and now it’s back with a spot featuring alpacas. And not just any alpacas, but alpacas with fabulous colorful hairstyles. Ad Age’s I-Hsien Sherwood writes that it’s a “playfully absurdist new campaign for the Samsung Galaxy Note 10 smartphone from BBH New York.” So what animal is next in Samsung’s menagerie? A platypus? A narwhal?