ad age announces the Winners of the 2018 Creativity Awards
Ad Age presents the winners for the second annual Creativity Awards, an expansion of the longstanding A-List honors introduced to recognize excellent work, outstanding people and creative companies in marketing and tech. The winners were chosen by juries of the industry's brightest stars and announced at the A-List & Creativity Awards Gala in New York on April 19.
Work
Content Marketing of the Year Winner
Tweet
Share 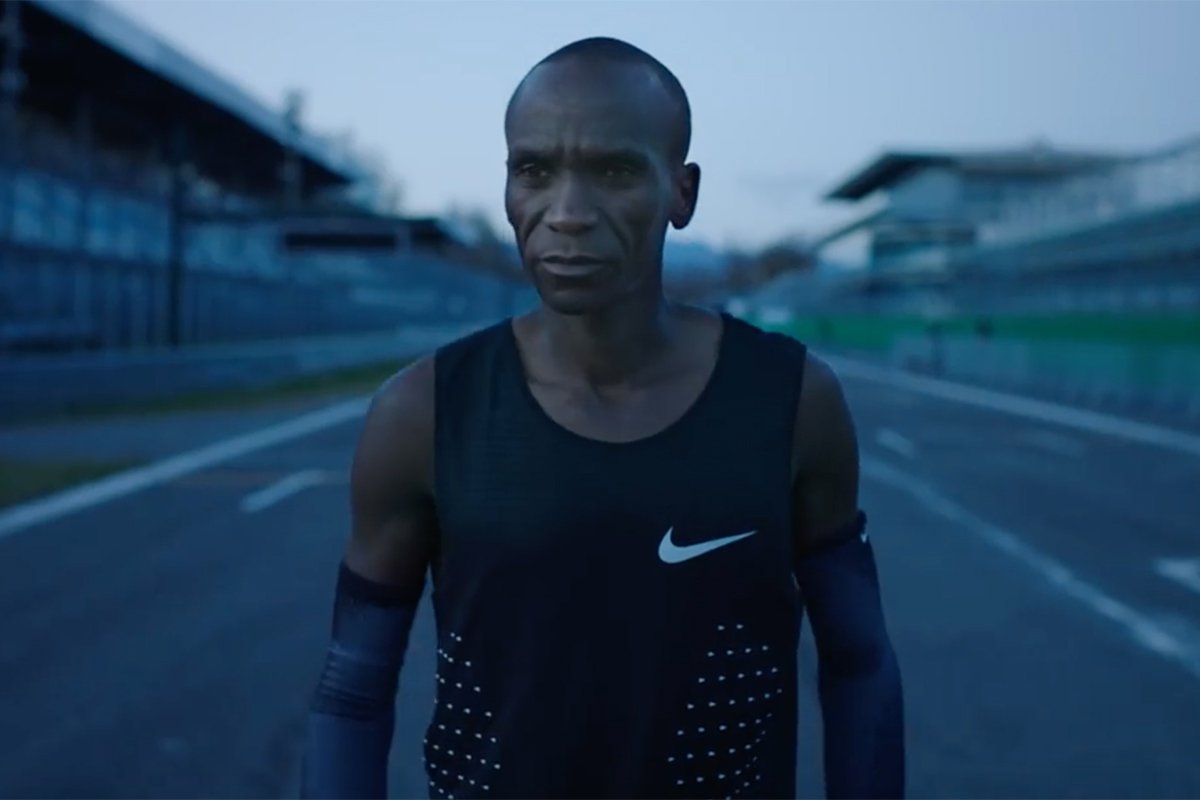 Breaking2
Nike, Wieden & Kennedy Portland, Dirty Robber and Mindshare
In May 2017, Nike, Wieden & Kennedy, Mindshare and production company Dirty Robber issued a challenge to three of Nike's athletes to run a marathon in under two hours. Documented on social media and later captured in a documentary, the ambitious Breaking2 event garnered plenty of attention for the brand, though ultimately no one broke two hours; Eliud Kipchoge won the race in two hours and 25 seconds.
×
See all the finalists here
Experiential Campaign of the Year winner
Tweet
Share 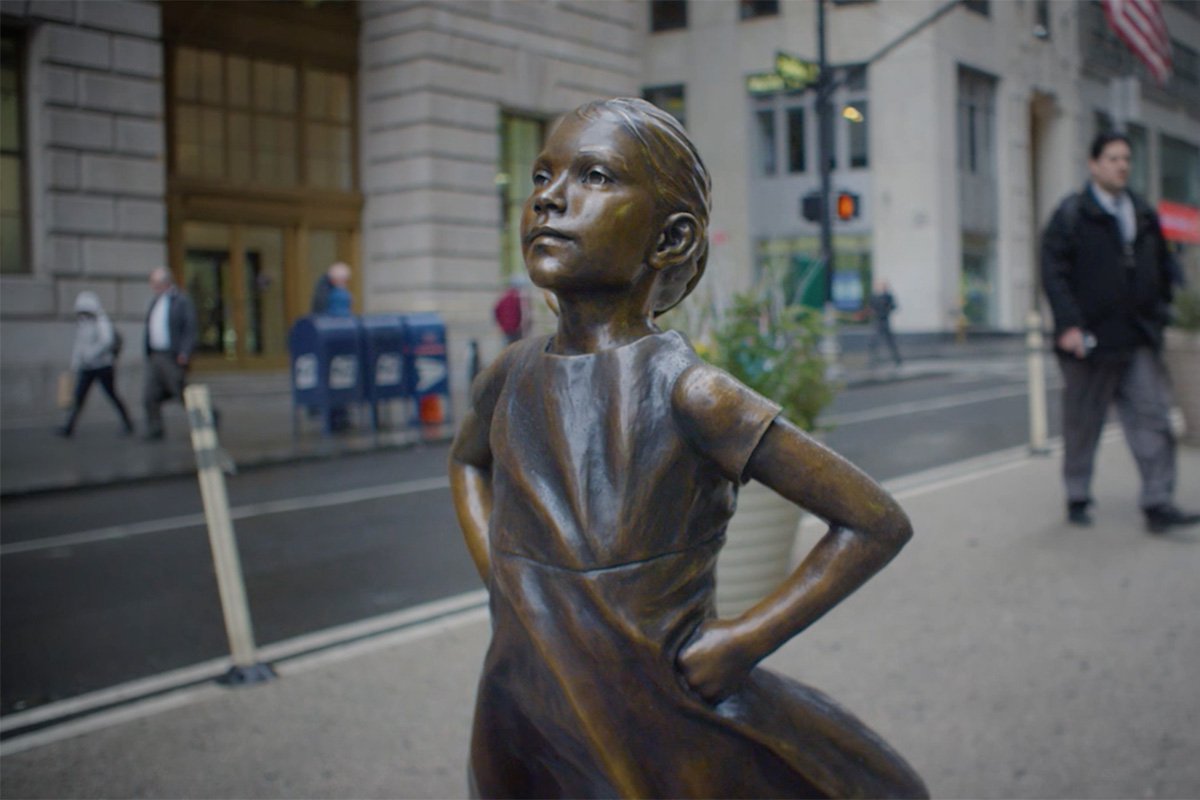 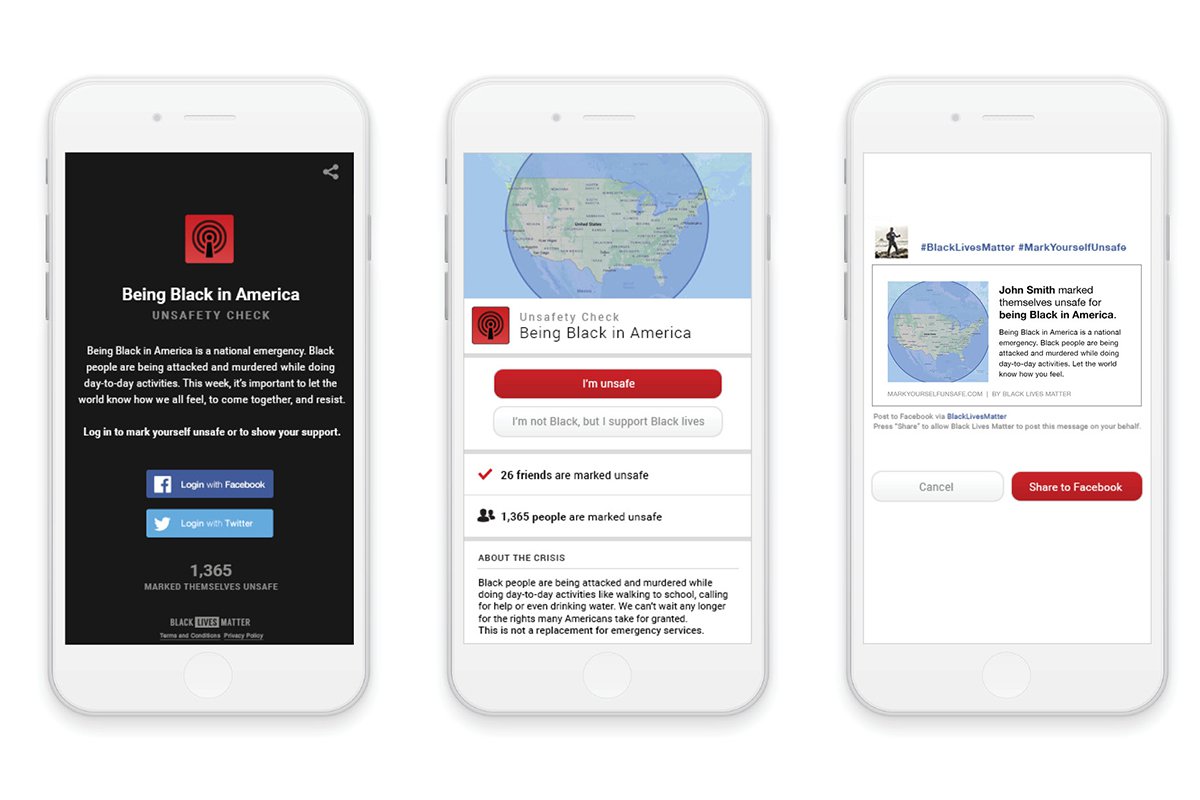 Unsafety Check
Black Lives Matter, J.Walter Thompson New York
In a week that contained Martin Luther King Jr. Day and President Trump's inauguration, Black Lives Matter and JWT New York released an app that invited black people living in America to "Mark Yourself Unsafe." In a twist on Facebook's "safety check" feature, the app allowed people to log in with Facebook or Twitter and make a statement on social media about feeling unsafe as a black person in America.
× 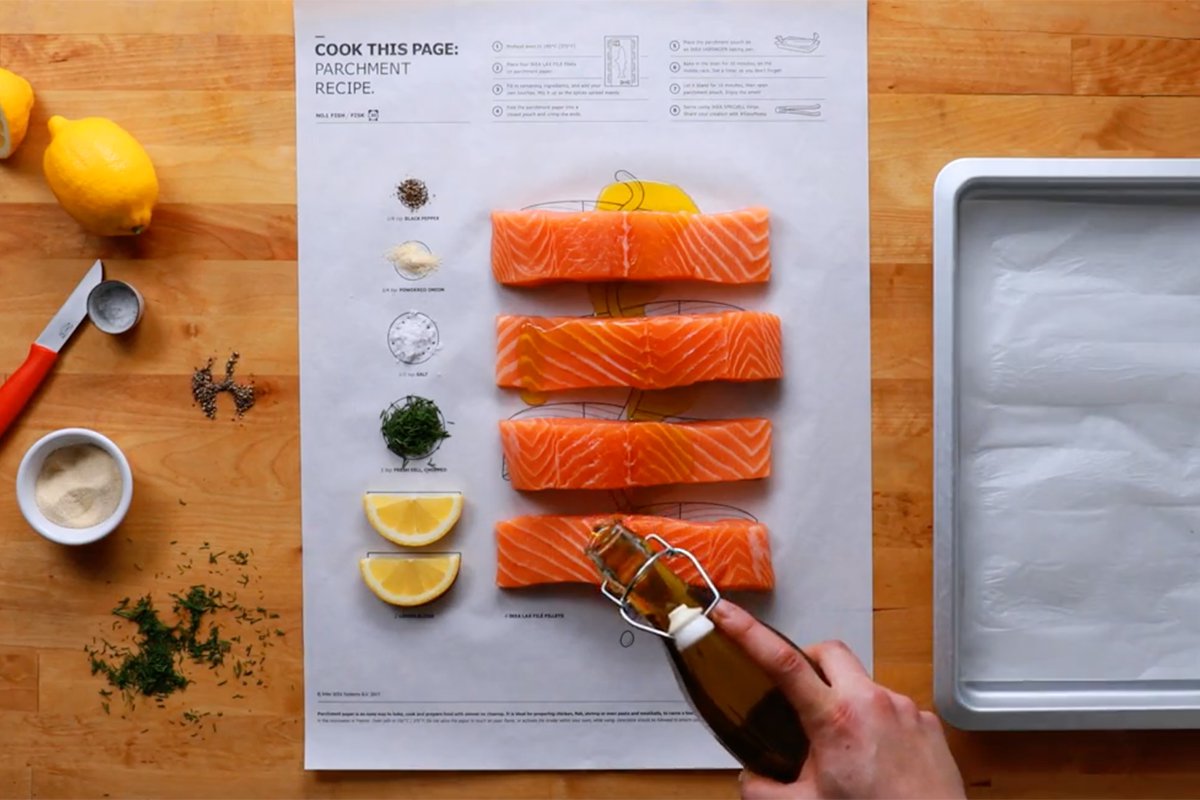 Cook This Page
Ikea Canada, Leo Burnett, Toronto
Ikea wanted store managers across Canada to show customers how to get creative in the kitchen. So agency Leo Burnett Toronto devised the "Cook This Page" campaign: a recipe series printed on cooking parchment paper with edible ink drawings of where Ikea food items should go. Stores held events where people were invited to put the ingredients on the paper, roll it up and cook in an oven. Unroll the parchment, and you had a meal. Every one of the 12,500 parchment recipe books distributed across the country were snatched up within hours.
× 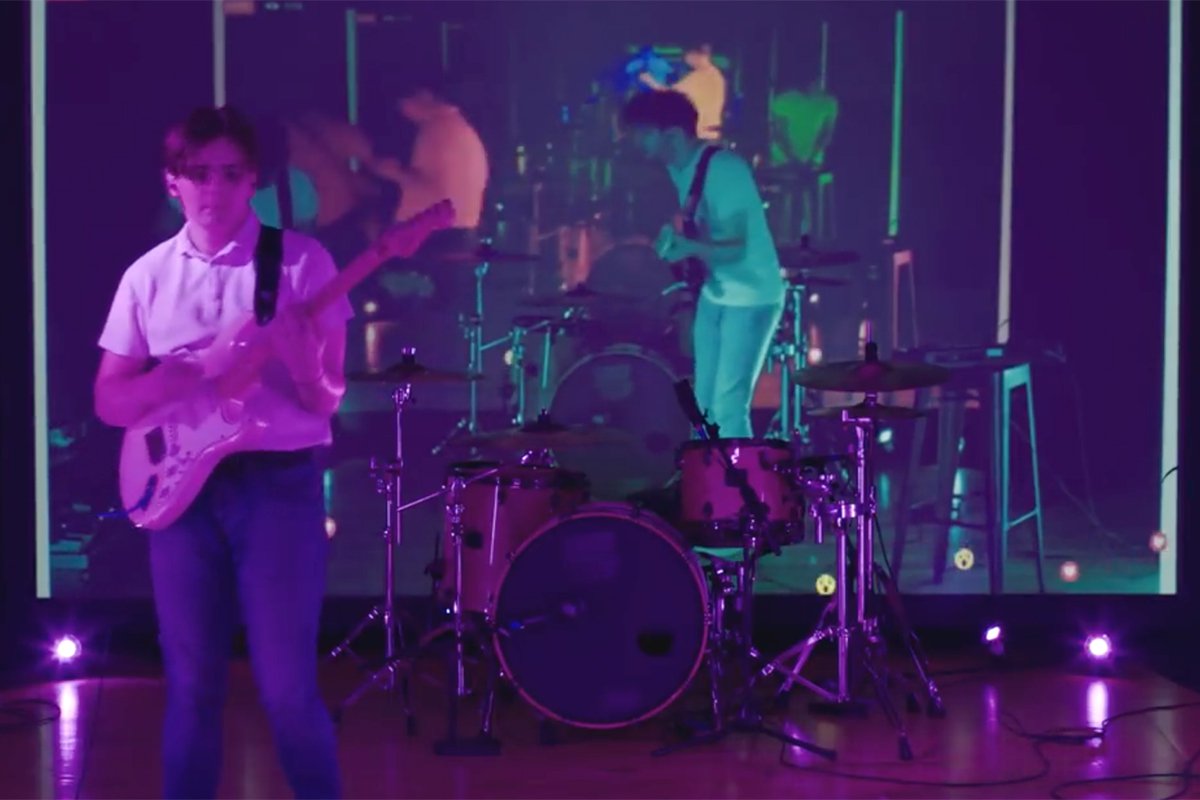 Live Looper
Downtown Records, BBDO New York
To promote The Academic's new single "Bear Claws" ahead of its U.S. tour, Downtown Records and BBDO New York created a Facebook Live music video that used Facebook's delay as an audio/visual loop pedal. The project rearranged every instrument on the song to fit the length of Facebook's delay, and introduced each layer one by one. Its popularity online propelled it to the front page of Reddit.
×
See all the finalists here
Best Work for Good winner
Tweet
Share 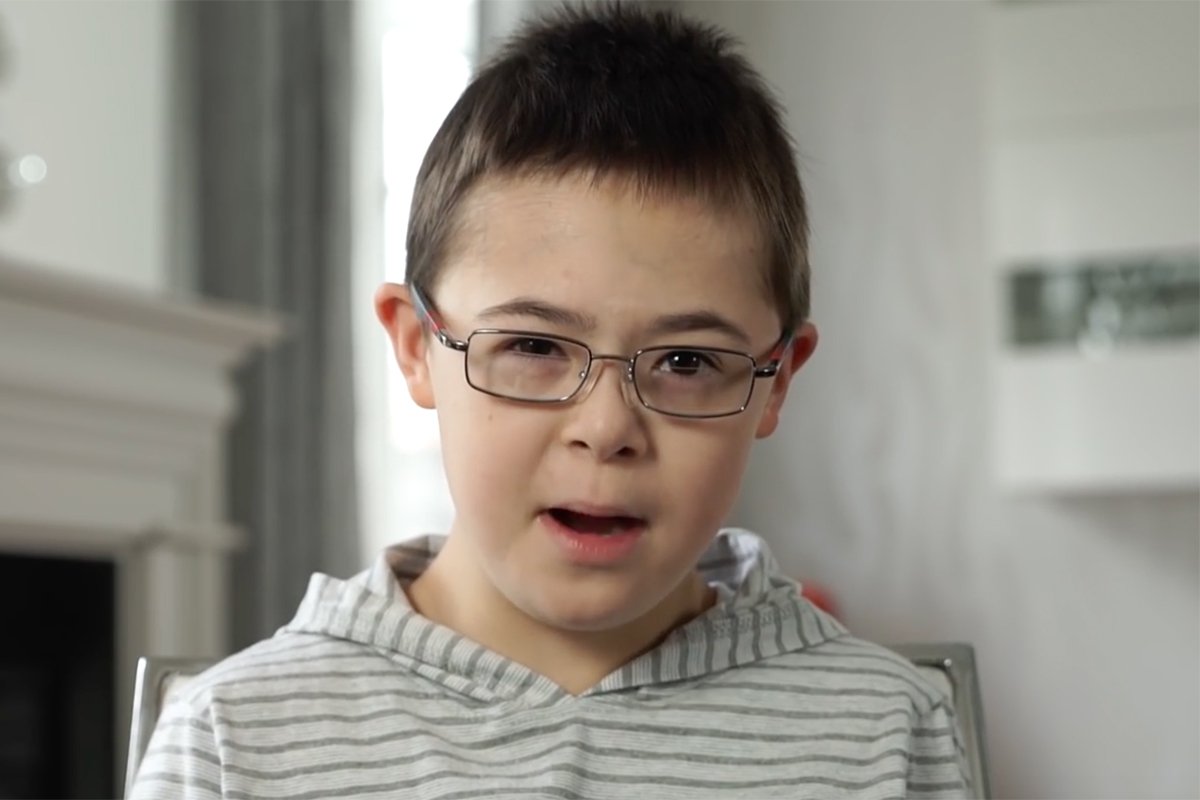 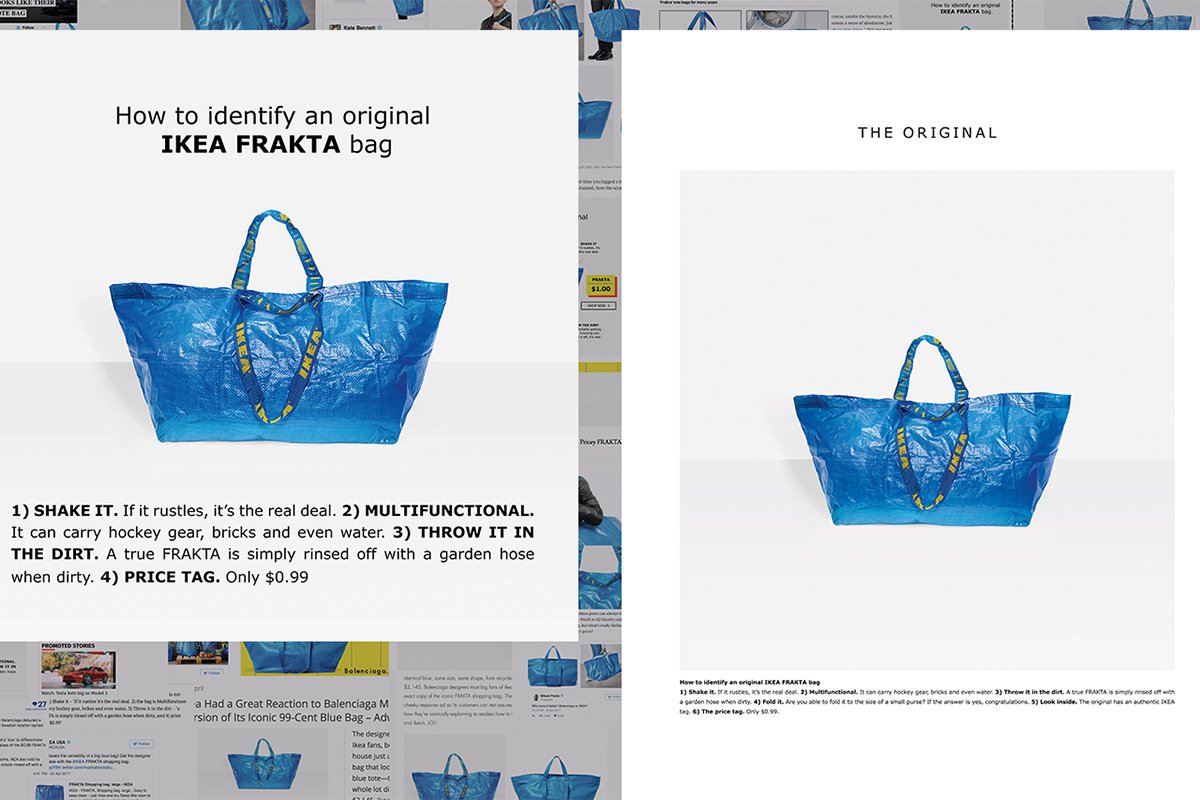 Ikea's Response to Balenciaga
Ikea, Acne
When Balenciaga came out with a large bright-blue tote that looked unabashedly like Ikea's Frakta take-home bags, the Swedish retailer was quick to respond with a brilliant social media post out of agency Acne. The post instructed consumers on how to distinguish an original Frakta from a fake: It rustles when it shakes; it can carry hockey gear, bricks and water; it cleans up easily with a spray from a garden hose; and it has a price tag of just 99 cents, compared to Balenciaga's $2,145.
×
See all the finalists here
Campaign of the Year winner
Tweet
Share 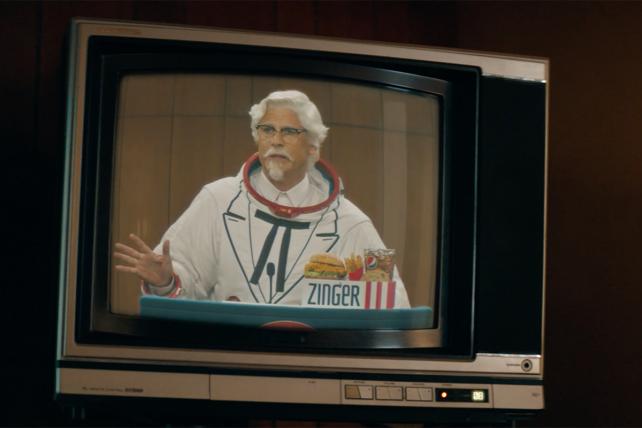 The Return of Colonel Sanders
KFC, Wieden & Kennedy Portland
Having brought back Colonel Sanders to KFC's marketing in 2015, Wieden & Kennedy in 2017 took the campaign even further. Efforts included featuring the Colonel as a Fabio-like hero of a steamy romance novella for Mother's Day, and making him a playable character in a WWE video game. Meanwhile, a creepy version of the Colonel appeared in a VR Escape Room challenge for staff training to fry chicken. The agency also sent KFC's new Zinger chicken sandwich to the edge of space, and quietly followed only 11 people on Twitter: six named Herb, and the five Spice Girls, to see if anyone would notice.
×
See all the finalists here
The Q Award winner
Tweet
Share 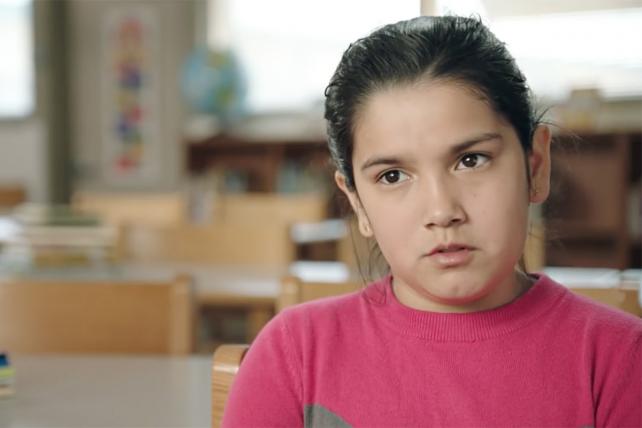 Care Counts
Whirlpool, DigitasLBi Chicago
Created in partnership with Quantcast, the Q Award honors those who question conventional wisdom. Whirlpool's "Care Counts" initiative from DigitasLBi installed washing machines and dryers at schools around America after research showed that thousands of children every day don't go to school because they lack clean clothes. The brand found the initiative, in two school districts, led to major improvements in attendance and grades.
×
PEOPLE
Creative of the Year winners (tie)
Tweet
Share 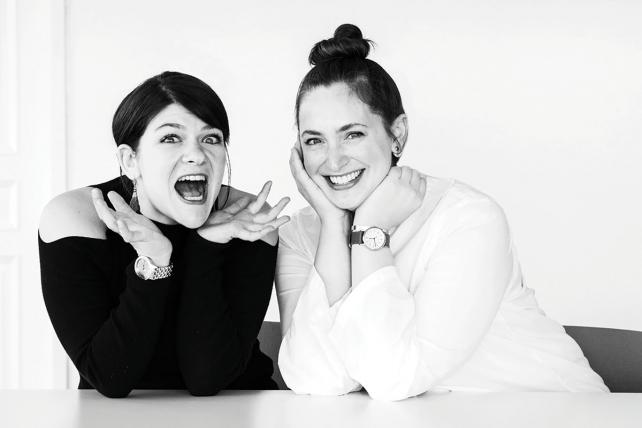 Tali Gumbiner and Lizzie Wilson
Creative Director and Senior Art Director, McCann New York
Tali Gumbiner and Lizzie Wilson wrote themselves into advertising history—or rather, history, full stop—with "Fearless Girl." The statue of the defiant girl confronting Wall Street's "Charging Bull" for State Street Global Advisors began as an effort to promote the client's initiative to get more women on corporate boards, but became a global symbol of female empowerment. The duo's work for other clients shines too. It includes unusual Russian nesting-doll-like holiday packaging for Godiva and the whimsical "Hippo" spot for USPS. 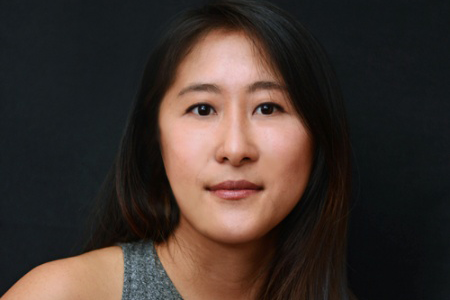 Jessica Toye
Senior Art Director, J. Walter Thompson New York
JWT made a mark last year with a number of socially minded efforts that stood out from the fray. They included the thought-provoking "Unsafety Check" app for Black Lives Matter and the distinctive "Fake News" font for the News Literacy Project, which urges readers not to take the letters they see for granted. Driving these projects and others was Jessica Toye, a Canadian transplant JWT says is the first to jump on work that makes a difference.
See all the finalists here
Media Planner of the Year winner
Tweet
Share 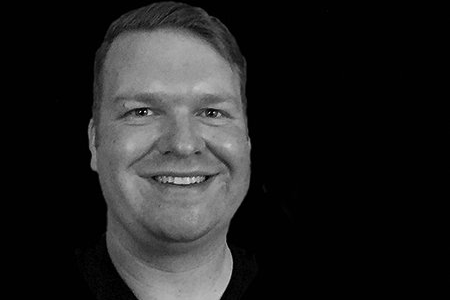 Simeon Edmunds
VP-Associate Director for R&D, MullenLowe Mediahub
Judging from his fun, unexpected ideas to promote clients, media is Simeon Edmunds' playground. As a key player in Mediahub's R&D group, he played a role in taking over LAX's sound system to promote the MTV VMAs. For Chipotle, he and his team worked with Soundcloud to create Savor.Wavs, a competition for free burritos that let people create their own tracks from stem files by Rza.
See all the finalists here
Creative Director of the Year winner
Tweet
Share 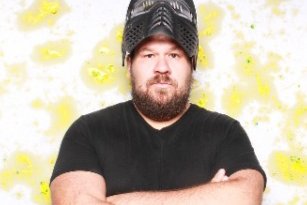 Jason Kreher
Creative Director, Entertainment and Editorial, Wieden & Kennedy
Jason Kreher will go anywhere to convey a brand's message, as was evident in ideas that made KFC a ubiquitous part of pop culture through comic books, a romance novel and wrestling gigs. (Not to mention a bunch of great TV ads too.) In August, he stepped up to oversee Wieden & Kennedy's entertainment and editorial arm, and oversaw more hits, including standout videos for Portugal. The Man—"Rich Friends" and "Feel It Still," the latter of which doubled as social commentary and a social empowerment tool.
See all the finalists here
Account Manager of the Year winner
Tweet
Share 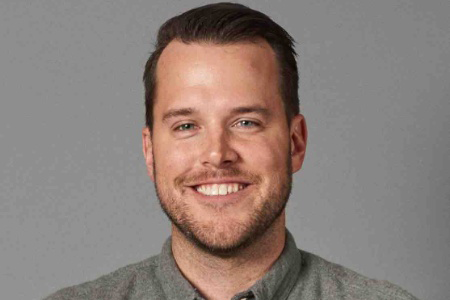 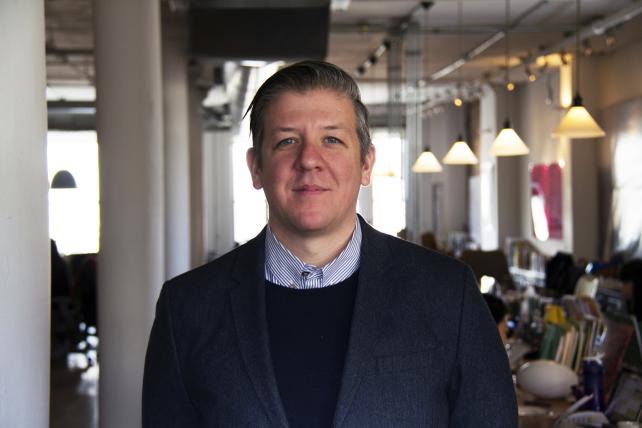 Gareth Goodall
Managing Partner, Chief Strategy Officer, Anomaly
Gareth Goodall's strategic leadership at Anomaly propelled a number of the agency's successful efforts. He helped define a new audience for Johnnie Walker by homing in on the growing multicultural affinity for whisky, an insight that led to powerful new work for the "Keep Walking America" campaign. He was also instrumental in the development of Anomaly's cannabis venture, Hmbldt. And he helped reposition Jolly Rancher and steer its digital-marketing strategy, leading to a 2017 Effies Gold in Media Effectiveness.
See all the finalists here
Brand Marketer of the Year winner
Tweet
Share 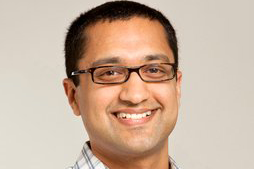 George Felix
Director of Brand Communications, KFC
As the company's director of brand communications, George Felix set the stage for making KFC a creative and innovation darling—as well as a thriving business. Thanks to daring and totally unexpected ideas centered largely around bringing founder Colonel Sanders into the heart of pop-culture, the once-flailing brand has seen a dramatic turnaround.
See all the finalists here
Chief Creative Officer of the Year winners
Tweet
Share 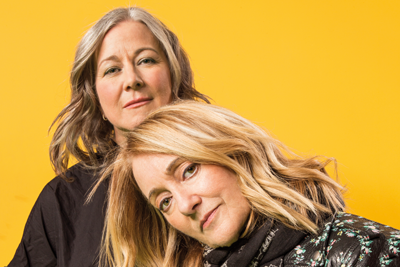 Colleen DeCourcy and Susan Hoffman
Chief Creative Officers, Wieden & Kennedy
Colleen DeCourcy and Susan Hoffman have steered Wieden & Kennedy's incredible output of creative ideas—a collection that includes the ever-growing, weird and delightful KFC "Return of the Colonel" campaign, eye-opening branded content for The Atlantic, work celebrating drivers for "Lyft," and "Dilly Dilly" for Bud Light, to name just a few. All the while, they've helped prime the agency for the future by solidifying leadership across the globe with the introduction of its Stakeholders model, supporting education programs like The Kennedys and nurturing independent-minded thinking with an investment in start-up shop Callen.
See all the finalists here
Director of the Year winner
Tweet
Share 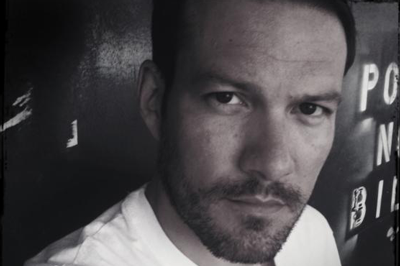 Ringan Ledwidge
Rattling Stick
Rattling Stick director and co-founder Ringan Ledwidge made memorable work for clients including Jose Cuervo, Chanel and Audi. His flair for detail and story was evident on Cuervo's blockbuster "End of Days"-themed ad, which saw the patrons of a bar making the most of their last minutes on earth by dancing to Elvis while downing the tequila. Audi's "Clowns" was one of the most artfully crafted product demos in recent memory.
See all the finalists here
COMPANIES
Visionary/Founder of the Year winner
Tweet
Share 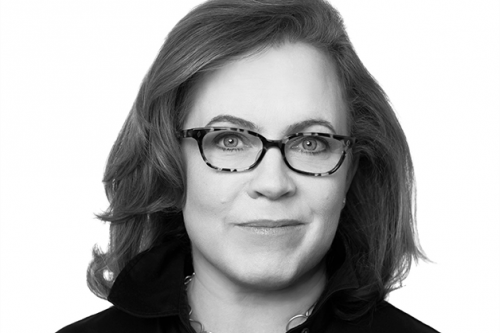 Kat Gordon
Founder, The 3% Conference
After 20 years as a creative director, Kat Gordon created The 3% Conference to challenge the drastic underrepresentation of women in creative leadership. Last year, she conducted a study to understand where to find gender-parity watermarks within agencies and introduced 3% Certification, a program to help agencies assess and improve "gender friendliness."
See all the finalists here
Product of the Year winner
Tweet
Share 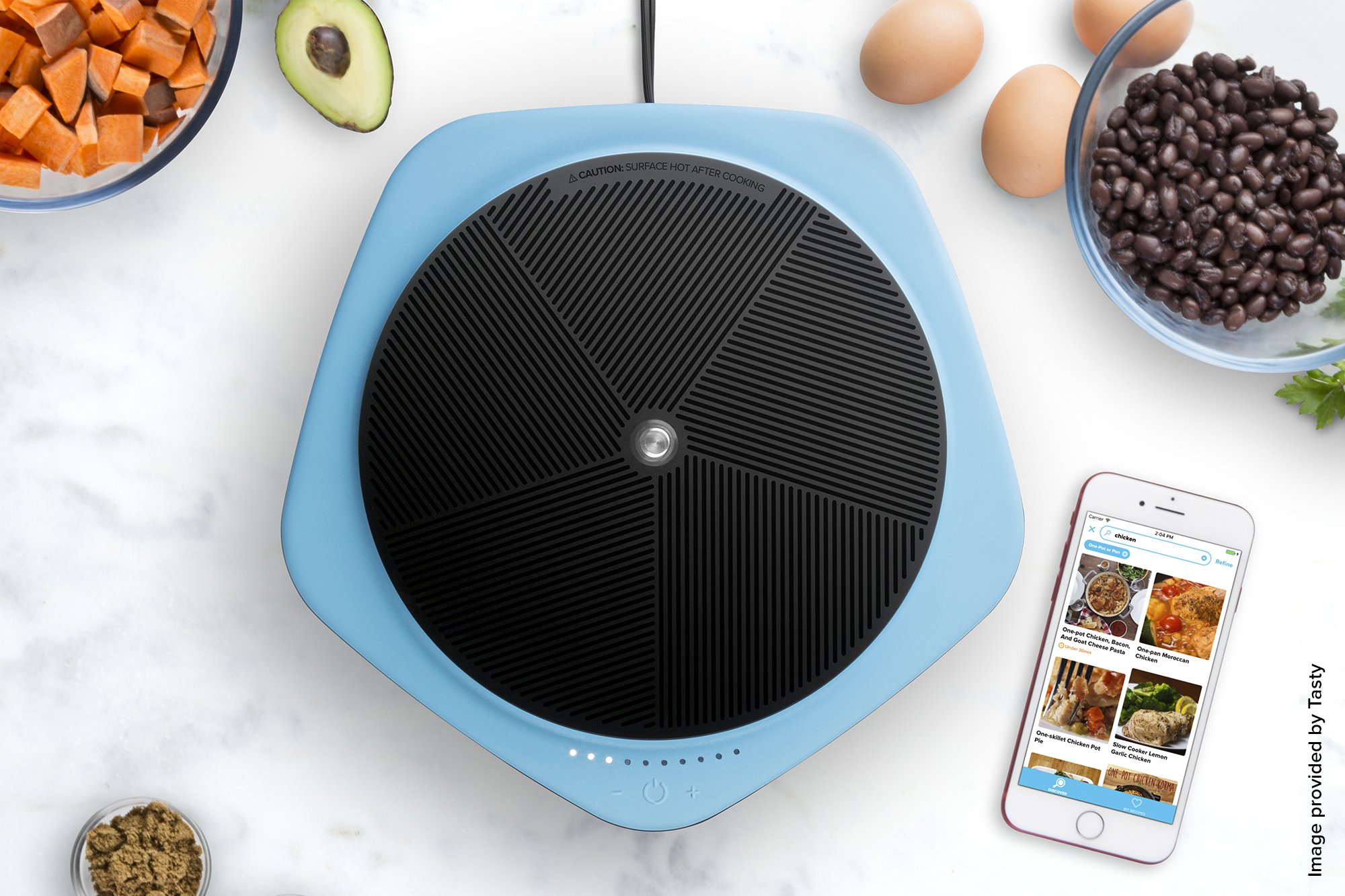 Tasty One Top
BuzzFeed
BuzzFeed's Tasty brand, which covers the world of cooking and food, made the leap to the actual cooking of food with the introduction of One Top, a high-tech and high-design hot plate. Consumers can control it via the Tasty app to prepare Tasty recipes or perform other work. The One Top was created by BuzzFeed Product Labs and GE Appliance's First Build unit.
See all the finalists here
Ad Tech/Marketing Tech of the Year winner
Tweet
Share 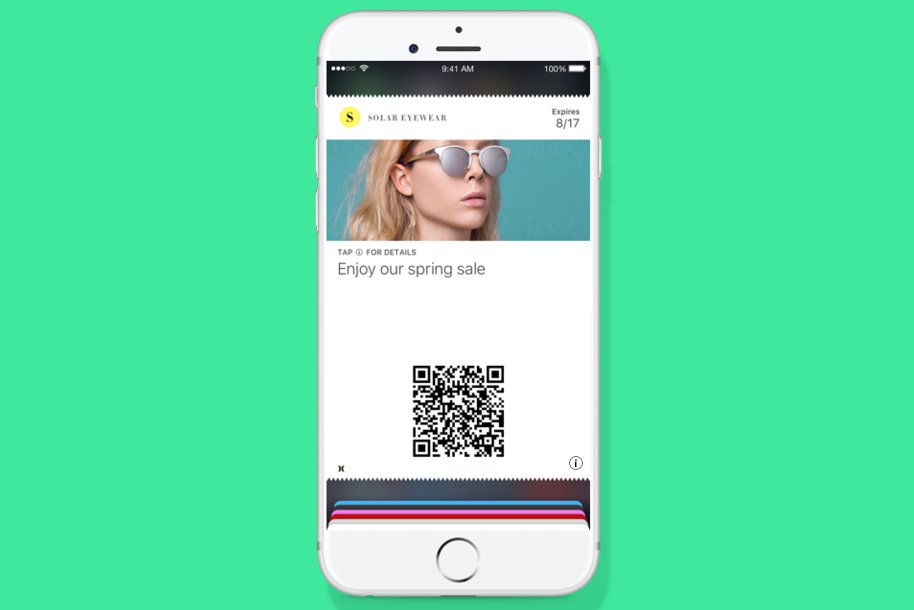 Popwallet
Wielding the insight that smartphones' virtual wallets shouldn't just carry credit cards and plane tickets, Popwallet built a way for people to stock them with promotions and other brand content. Brands can use its software-as-a-service to build and distribute deals, membership programs, gift cards, tickets and more. Then Popwallet tells clients what worked.
See all the finalists here
Startup of the Year winner
Tweet
Share 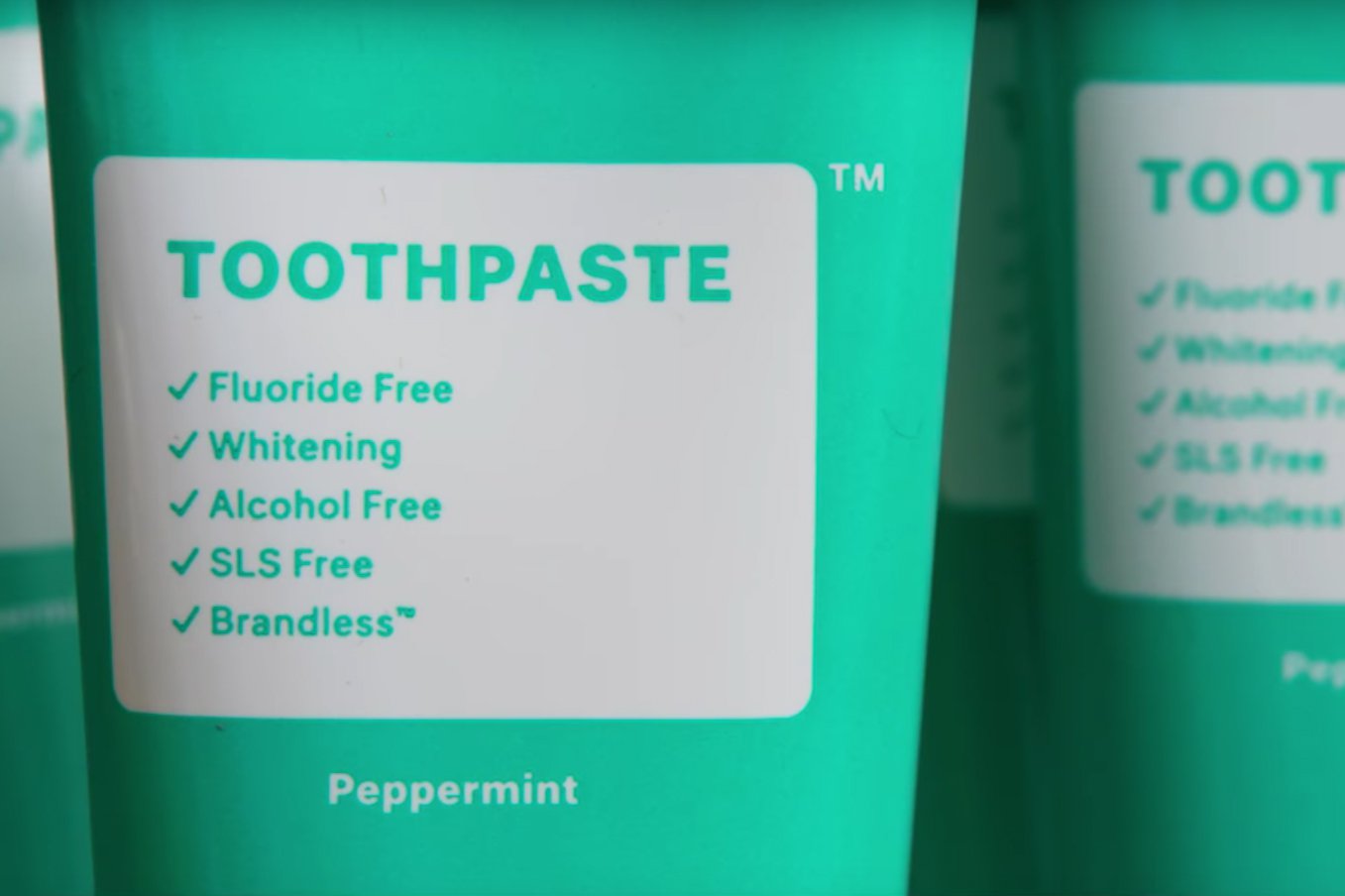 Brandless
Here's a brand that turns branding inside out. Offering a range of food, housewares, office supplies and personal products for $3 across the board, it claims that rivals' higher prices just reflect a "BrandTax." Since its debut last July, the Brandless product line has grown to from 110 items to nearly 250.
See all the finalists here