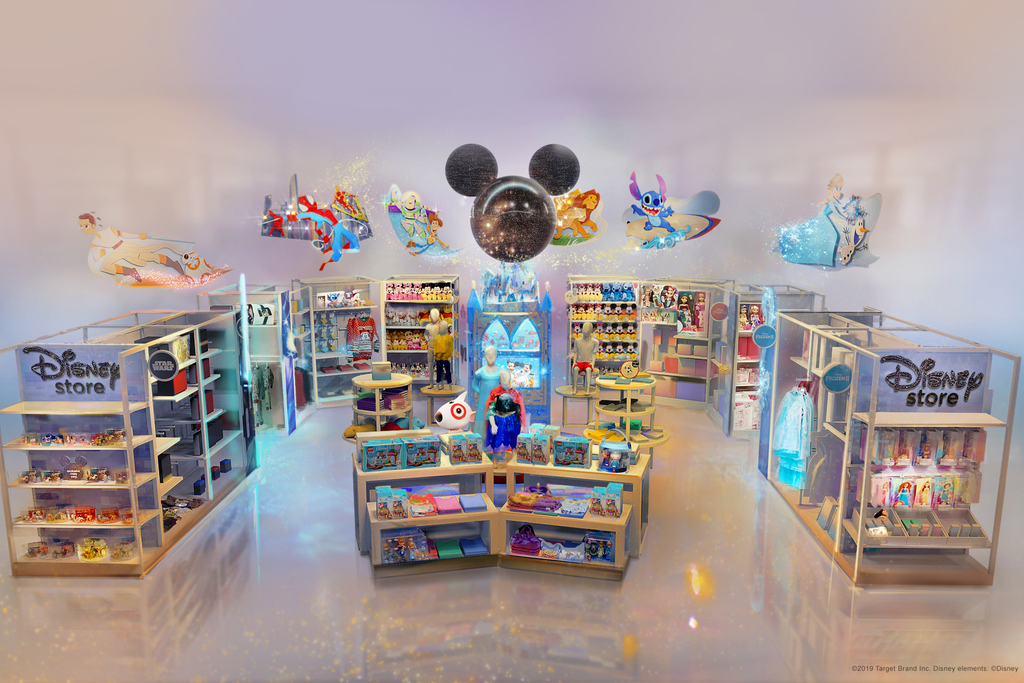 A shop within a shop
A lot of Target customers are Disney fans. So The Walt Disney Co. is putting 25 mini Disney stores inside Target locations across the U.S. by Oct. 4, and 40 more will open by October 2020. There will also be a virtual Disney store on Target’s web site and app, while Target Corp. will put one of its stores near the entrance of the Walt Disney World Resort in Orlando, Florida in 2021, Bloomberg News reports. “Target and Disney share a strong guest overlap with a focus on families,” the companies say.

One takeaway: “Target has been one of the biggest beneficiaries of the demise of Toys ‘R’ Us,” Bloomberg writes. Target apparently wants to build on that momentum in time for the holidays. And while many retailers are struggling, Target is doing great: It said last week that second-quarter sales and profits were up, and its share price hit a record high. Target can benefit from a little Disney magic, but the opposite is true, too.

British Airways has a not-so-great anniversary
This weekend marked the 100th anniversary of British Airways. Instead of celebrating, the brand spent the weekend in crisis-management mode. The airline on Friday informed customers that some upcoming flights were canceled because of a pilots’ strike; then it got back in touch to say some of those supposedly canceled flights were actually unaffected (oops!). Certain passengers, meanwhile, had already booked new flights. The New York Times reports:

“The airline received 38,000 calls in the first 24 hours, and the confusion generated 33,000 tweets during the same period. The airline said it had to increase its Twitter customer service teams by 20 percent and add 70 extra staff members to take the calls.”

On Twitter, many people complained of not being able to get through to the airline, despite the extra staffing. “#BritishAirways you are officially dead to me #Useless,” someone tweeted.

An update (and a clarification) on the U.S.-China trade war
“Aides to President Trump said Sunday he has no plans to invoke emergency powers and force companies to relocate operations from China, two days after his Friday tweet that they were ‘hereby ordered’ to look for alternative locations,” The Wall Street Journal reports. Trump’s top economic adviser, Lawrence Kudlow, told CNN that what the president had really meant is just that U.S. businesses “ought to think about moving your operations and your supply chains away from China.”

Confused? So are companies.

“It’s impossible for businesses to plan for the future in this type of environment,” David French, SVP, government relations at the National Retail Federation, said in a statement. “The administration's approach clearly isn't working, and the answer isn't more taxes on American businesses and consumers. Where does this end?"

Just briefly:
24 hours in influencer-land: As a social experiment, Hill Holliday's Mike Proulx entered a dating contest and spent a day with a German fashion model/influencer. Read his Ad Age post, “Reality check: What I learned from playing ‘sugar daddy’ to a YouTube celebrity.”

Quote of the day: “I lost a massive Walmart deal at 17 for ripping a bong,” Miley Cyrus tweeted, without elaboration, in a long Twitter post about mistakes in her past. (She denies cheating on ex Liam Hemsworth, though.) Read more by Ad Age’s Jack Neff.

Ad of the day: A new installation at Nike’s New York House of Innovation flagship looks like a lot of fun. It’s an “interactive playground where customers can jump, dash and bounce around while trying out the new Joyride running shoe,” Ad Age’s Ann-Christine Diaz writes. Basically, the floor transforms into a giant video game, and customers activate the "screen" with their feet. The campaign tops Ad Age’s list of the week’s top 5 most innovative brand ideas, too.