Industry Would Prefer Some Sort of Rulemaking for Social Media, but FDA Delays
READ THIS NEXT
Celebrating AAPI creative excellence

The biggest regulatory issue involving the pharmaceutical and health-care industries is actually a lack thereof.

The Food and Drug Administration has continually delayed the announcement of new advertising guidelines for online and social-media marketing -- despite holding public hearings on the topic more than 15 months ago -- leaving drug makers and health-care agencies alike in no-man's land with a lack of clearly defined principles for internet advertising. 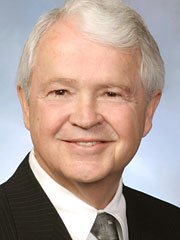 Now, after anticipating changes that were hoped to be as broad as the landmark 1997 FDA guidelines regarding direct-to-consumer broadcast advertising of prescription drugs, the industry is preparing for little movement from the status quo when it comes to social media.

Twice in February 2011, Tom Abrams, the head of FDA's Division of Drug Marketing, Advertising and Communications, suggested that little will change. On Feb. 8, speaking at the ePharma Summit in New York, Mr. Abrams conceded that the process is "taking longer than we thought," but added, "We owe it to you to get this right," according to Medical Marketing & Media.

But part of the delay, he said, was concern on the part of FDA that social-media platforms such as Twitter and Facebook would not be around in the future. "We did not want the guidances to become quickly outdated," Mr. Abrams said.

On Feb. 22, speaking at the Drug Information Association's annual marketing meeting in Washington, D.C., Mr. Abrams said, "There will be guidance on some specific matters, but there will be no new regulations or new standards. Look at our recent Warning Letters involving social media, such as Facebook. These Warning Letters cite existing rules and do not make new policy."

"We took it as Tom Abrams saying there's going to be some social-media guidance but it's not going to change the rules," John Kamp, director of the Coalition for Healthcare Communication, told Advertising Age. "This is going to be a pretty serious disappointment to pharma companies hoping there would be some kind of change in DDMAC's attitude."

"The problem," said one health-care ad-agency president, who asked not to be identified, "is that the digital space is so vastly different from traditional 30-second spot advertising that the [current] guidelines don't apply online. There needs to be significant change, and it doesn't appear there's going to be."

Mr. Kamp and other industry members said there is additional regulatory concern to Big Pharma pending this year: