Equinox and SoulCycle face a boycott and Facebook has a new targeting tool: Thursday Wake-Up Call

Plus: Gen Z is 'not killing Star Wars' 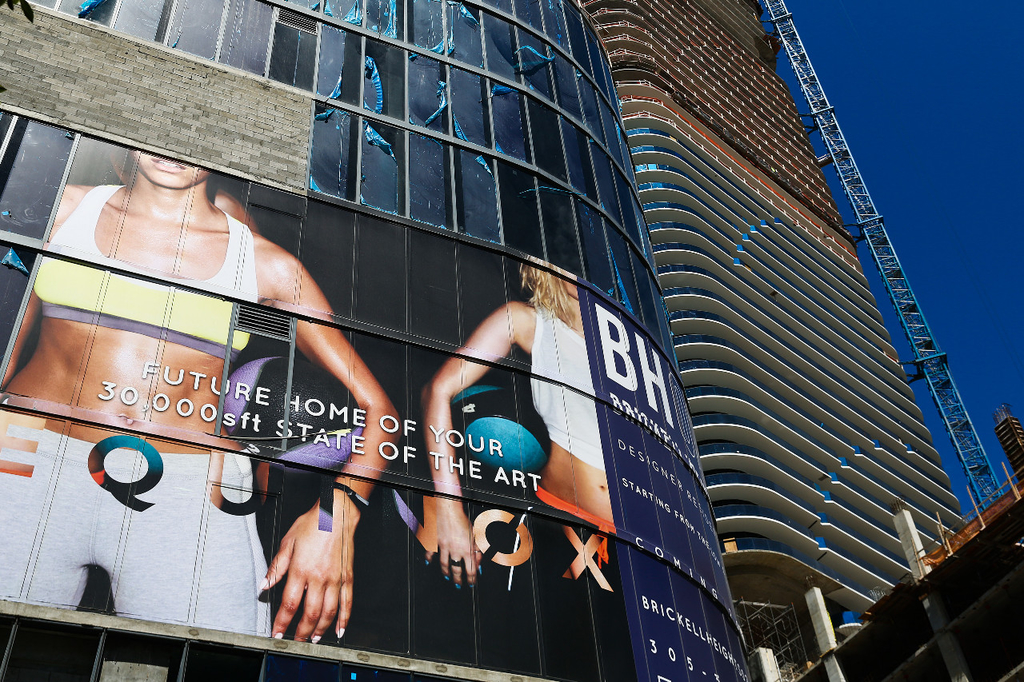 Equinox and SoulCycle face boycott over Trump ties
People are threatening to boycott both the Equinox and SoulCycle fitness brands after the Washington Post revealed that their owner, real estate developer Stephen Ross, is holding a fundraiser for President Trump this weekend in the Hamptons. Ross is the founder and chairman of the real-estate company Related Cos., which owns both brands, and also owns the Miami Dolphins.

Business Insider reports that the Equinox Instagram account was flooded with negative comments, including from celebrities with big social followings such as Chrissy Teigen, who tweeted, “everyone who cancels their Equinox and SoulCycle memberships, meet me at the library. Bring weights.” Actress Sophia Bush and comedian Billy Eichner also called out the brand, and SoulCycle was similarly bombarded with threats to quit.

In response Ross has issued a statement, revealed via a Miami Herald reporter, in which he said has known Trump for 40 years, and "while we agree on some issues, we strongly disagree on many others.” Meanwhile Equinox distanced itself from the event--and from Ross. In a tweet, it described him as a "passive investor" and said "We want to let you know that Equinox and SoulCycle have nothing to do with the event and do not support it."

Facebook has a new targeting tool
Facebook has come up with a new way of targeting consumers without relying on personal traits, reports Ad Age’s Garett Sloane–but some advertisers have concerns.

Facebook developed the new targeting tool, which it calls Special Ad Audience, in the wake of a civil rights settlement over concerns that marketers could use its ad platform to discriminate against certain groups of people.The changes prohibit targeting people based on categories like race, gender, age, family status and even household income.

However, Sloane writes, some advertisers are concerned that restrictions on their use of data will limit the success of campaigns. For example: just putting a suggested retail price in a car ad means the targeting restrictions apply. The advertiser has to either change the message or deliver the ad to a general audience.

Gen Z is ‘not killing Star Wars’
Disney may have suffered tumbling profits recently, but it doesn’t mean that the shine has come off its lucrative “Star Wars" property, writes Ad Age’s Anthony Crupi. Reporting on the company's Tuesday afternoon earnings call, Crupi takes a deeper look at the issue after reports that Disney’s fall in theme-park attendance suggests Gen Z’s apathy for all things Jedi, despite its opening of a "Star Wars"-themed park, Galaxy's Edge, in California.

As he points out, “a glance at recent box office figures should dispel any half-formed notion that younger Americans have little interest in the 'Star Wars' phenomenon.” For three consecutive years, the spinoffs have been the top-grossing theatrical releases in the U.S. With “Star Wars: The Rise of Skywalker” still to come this December, looks like there’s still plenty of er, “new hope,” out there.

Just briefly:
Rule-breaking: Instagram has sent San Francisco marketing firm Hyp3r a cease-and-desist letter after Business Insider reported it had been storing Instagram data and using it to build up detailed profiles of people's movements and interests. Instagram confirmed that the startup broke its rules.

Banished: Twitter is to banish third-party data providers from the ad platform, reports Ad Age’s Garett Sloane. The move will see it stop integrating with providers like Acxiom, Oracle Data Cloud, Epsilon and others.

Decline: Dentsu posted a drop in organic growth of 1.5 percent in its first half results, reports Ad Age’s Lindsay Rittenhouse. The network blamed the decrease on a decline in traditional media in Japan, as well as weakness in the Australian and Chinese markets.

Creativity Pick of the Day: A new campaign from Delta takes its inspiration from New Yorkers’ tiny apartments, showing how their cramped living space makes them keener to get away from the city once in a while. It’s a fair enough insight, as Ad Age’s I-Hsien Sherwood points out: “The most unbelievable part of the sitcom 'Friends' was always that giant, rent-controlled apartment.” Check out the airline’s real-life “New York Stories,” by Wieden & Kennedy, here.