Plus, a new forecast predicts better-than-expected U.S. ad spending
READ THIS NEXT
Parler reappears with help from Russian-owned security service 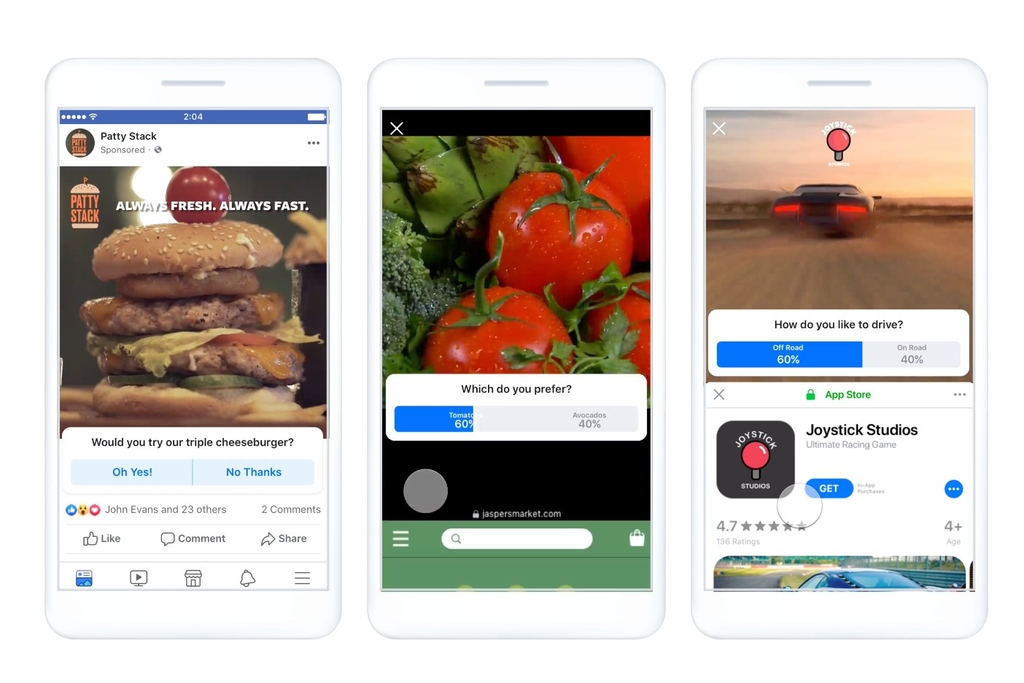 Facebook’s new ad offers
Facebook wants its ads to be more interactive and basically just more fun. It’s rolling out ad formats that use polls, games and augmented reality, and it says in a blog post that the goal is to “encourage a playful experience between people and businesses." As an example of what Facebook is doing with AR, it showed an ad from makeup brand WeMakeUp that lets customers hold up their phones like a mirror and virtually “try on” different shades of lipstick. Customers spent an average of 38 seconds playing with the lipstick ad, which boosted sales, Facebook says.

Facebook says digital ads are moving away from the old-school model of brands pushing information at passive users. Game-like ads are good for brands, but they’re also good for Facebook, which competes against platforms that arguably have more amusements built in, like TikTok and Snapchat. Speaking of Snapchat, it's getting a new 3D camera mode. So now your bunny-face Snapchat selfies will look a little fancier.

More on Facebook
Facebook CEO Mark Zuckerberg met with President Donald Trump (who is more of a Twitter guy) at the White House. A Facebook spokesman called Thursday’s meeting “productive,” Bloomberg News reports, while Trump tweeted that it was “nice.” In other words, we basically know nothing. (Amid all the regulatory pressures on Facebook, Zuckerberg did have a tense exchange with Republican Senator Josh Hawley “over his company’s record on privacy and safeguarding user data,” Bloomberg writes.)

Trump shared a photo of his handshake with Zuckerberg in the Oval Office, and the Facebook CEO has an unreadable expression on his face. On Twitter, people supplied jokey photo captions. Someone tweeted, “Welcome to the White House, Mark Facebook.” Which is a reference to Trump botching the name of another famous tech CEO, Apple's Tim Cook, aka "Tim Apple."

Good news for Madison Avenue
U.S. ad spending looks stronger than you might have expected. In fact it’s better than Magna has been predicting, and Interpublic’s media intelligence unit just raised its forecasts. Media net ad revenue will grow 4.1 percent in 2019 and 6.2 percent in 2020, Magna says, up from the previous estimate of 3.0 percent and 5.8 percent respectively.

As Ad Age’s Bradley Johnson reports, Magna says spending might cool off in automotive, retail and finance as the economy slows a bit. “Fortunately, 2020 is the strongest year in the four-year cycle of events that typically drive extra ad spend and incremental ad revenues,” the report says. Translation: Next year brings both the 2020 Summer Olympics in Tokyo and the U.S. presidential elections.

Just briefly:
Out: “Nike has parted ways with New England Patriots wide receiver Antonio Brown, who has been accused of sexual assault by a trainer,” Bloomberg News reports.

Wins: The U.S. Marine Corps retained Wunderman Thompson as its lead agency after a review, Ad Age’s Lindsay Rittenhouse reports. Wunderman Thompson was formed by the merger of two WPP agencies, Wunderman and J. Walter Thompson, and the latter has held the Marines account for decades.

On the newsstands: Time is out with a strong cover story, “The New American Addiction,” with the subhead “How Juul Hooked Kids and Ignited a Public Health Crisis.” Read more publishing news by Ad Age’s Simon Dumenco.

Product of the day: A startup called Lex is plugging a “wearable” chair, a bizarre contraption you strap onto your rear end. It looks like something Inspector Gadget would approve of. To quote Vice, it’s “a pair of bendable, aluminum skewers that look like they sprung from your cheeks.” Enjoy the product demonstration video, and happy Friday.