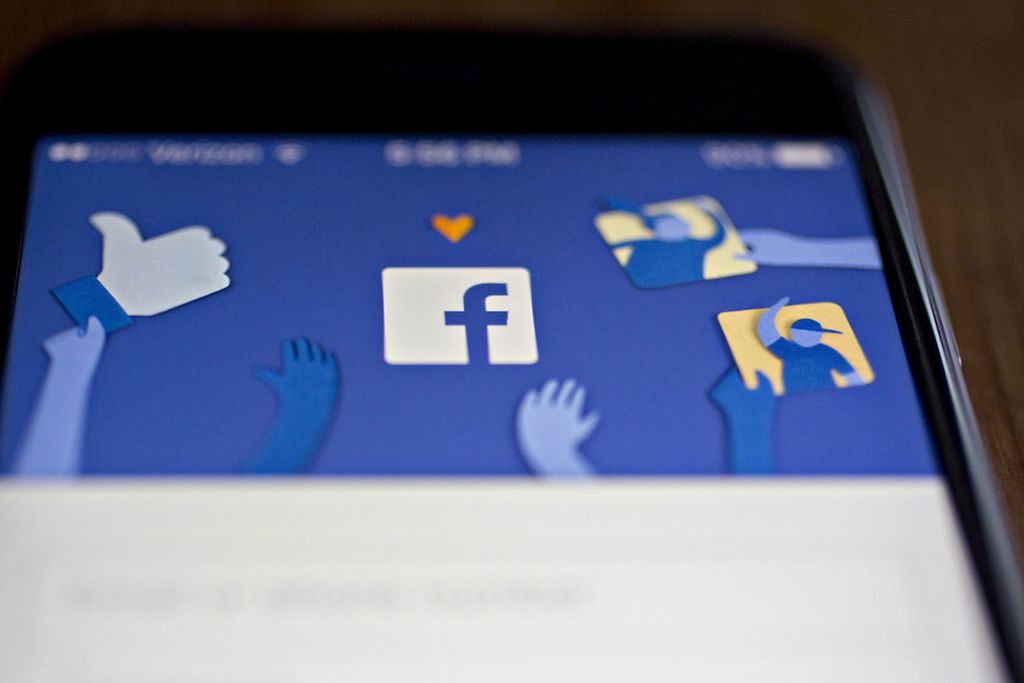 An ambitious voter registration effort from Facebook Inc. has rankled President Donald Trump’s reelection campaign, which is complaining that the social network’s goal of registering 4 million voters in time for November’s election is an attempt to swing the election in favor of former Vice President Joe Biden.

“With knowledge of every user’s political ideology, Facebook is officially in the business of political advocacy and their efforts to silence conservative voices should be seen as nothing less than an attempt to ultimately benefit Biden and the Democrat Party,” said Samantha Zager, a spokeswoman for the Trump campaign, when asked about Facebook’s voter registration plans. Her comments follow other grumbling from Republican strategists, including a prediction that Gary Coby, Trump’s digital director, made last month on Twitter that Facebook’s effort would focus on swing state voters likely to favor Biden.

Facebook rejected the campaign’s claims. Emily Dalton Smith, who is helping to lead the voter registration effort, said the company won’t use ad targeting to determine who sees prompts to register. She described the effort as nonpartisan. A spokesman for the Biden campaign did not return a request for comment.

More Ad Age News
Facebook promises better guardrails for brands scared of the chaos in its News Feed
Garett Sloane
Opinion: If Facebook doesn’t move fast, it may break its most valuable asset—its brand
Will Johnson
What brands can learn from the Facebook boycott
Jack Neff

The reaction from the Trump campaign is an illustration that nothing Facebook does is ever viewed as politically neutral. Last week, Bloomberg News reported that Facebook was considering a blackout on political ads in the days before the election, a common practice in other countries. The move was immediately condemned by civil rights groups, which called it a distraction that could potentially exacerbate voter suppression.

Facebook’s political dilemma took shape during the 2016 election, when conservatives stepped up accusations that it intentionally disfavored right-wing messages. The attacks have only increased, despite evidence that right-leaning content consistently spreads further than political posts that lean left. In response, Facebook has taken a more permissive stance than rival social networks on content posted by the president and his campaign, leading to criticism that it is too willing to bend its rules to maintain an important political relationship.

Last week, an independent audit of Facebook recommended the company implement stronger policies to prevent voter suppression. Such a move would likely force it to confront the president’s attacks on the legitimacy of basic aspects of the electoral process, like mail-in voting. The authors of the audit said the company was unwilling to commit.

Republicans have supported higher barriers to voting in various ways, which has increasingly turned the mechanics of voting into a partisan struggle. Republican lawmakers are more likely to oppose efforts like same-day registration, and Trump adamantly opposes the expansion of mail-in voting, which he has attacked baselessly as illegitimate.

Still, both parties want to register voters. On its face, voter registration should be far less controversial than, say, Facebook’s policies on whether to take down certain politically-charged posts. It has run registration efforts with the goal of registering 2 million voters. In June, employees presented Zuckerberg with the choice or repeating those efforts, increasing them by 50 percent, or doubling the goal. He opted for the most ambitious option. After it went public with the initiative, Facebook bought advertisements in the Washington political press highlighting the efforts.

The company plans to blanket its users across Facebook, Instagram and Facebook Messenger with prompts and posts encouraging them to register to vote, and is also working directly with state secretaries of state offices to coordinate its notifications to users about local elections. “We just really want to help as many people as possible participate in the election,” said Dalton Smith.

Facebook has shown that even modest nudges on the social network can change voting behavior. In the 2010 midterm elections, researchers at the company studied the impact of using posts on Facebook to encourage people to vote. A study they published in the journal Nature showed that people were significantly more likely to vote if they saw a message from a close friend who had voted, in the form of a digital “I Voted” sticker. Providing the digital sticker, they wrote, led to 340,000 additional votes, the researchers wrote: “The results show that the messages directly influenced political self-expression, information seeking and real-world voting behavior of millions of people.”

The design of Facebook’s program could impact its specific effects. In its first round of voter registration notifications, for instance, Facebook prompted users on its main app to register to vote, but it didn’t run a similar message on Facebook-owned Instagram. Most observers believe that Instagram, with its younger audience, is comparatively more likely to be the home to Democratic Party-inclined voters, while older suburban voters are more likely to use Facebook. (The company says it plans to include Instagram in other efforts this election season.)

Online voter registration could have a particularly significant impact on this year’s election. Typically, state department of motor vehicles are the most common places for people to register. Some 25 million people registered this way in the most recent presidential election cycle. Every month, some 2 million people who normally would have registered are failing to do so because of the pandemic, according to National Voter Registration Day, a nonprofit organization.

The unusual nature of this fall’s election will likely also require more forethought by voters. While many states allow voters to update their address in person on Election Day, people who vote by mail have to do so in advance in order to receive their ballot.

Other technology companies, including Microsoft Corp. and Spotify Technology SA , are planning digital voter registration efforts. The messaging company Snap Inc. has built animations into its app meant to encourage people to share that they voted, a campaign that several voter registration experts say is some of the most innovative and high-engagement work this campaign season.

But Facebook’s effort is huge compared to any other digital voter registration efforts. Acronym, a nonprofit aligned with the Democratic Party, has an affiliated voter registration arm that is spending $6 million to register 100,000 people this election cycle. If Facebook had to spend the same amount for each of its 4 million voter registrations, its effort would be worth $240 million, although the company will almost certainly spend far less.

The world’s largest social network is in a uniquely influential position, according Ashley Spillane, a voter registration consultant and former head of Rock the Vote. “The amount of reach that the platform has is so significant that any call to action that helps people get to a voter registration form will have a sizable impact,” she said.