If customers want the plant-based patty cooked away from meat, they must request it. Impossible says it can’t control how restaurants cook its product
READ THIS NEXT
LeBron drops first PepsiCo ad, and Reddit launches in-house agency: Friday Wake-Up Call 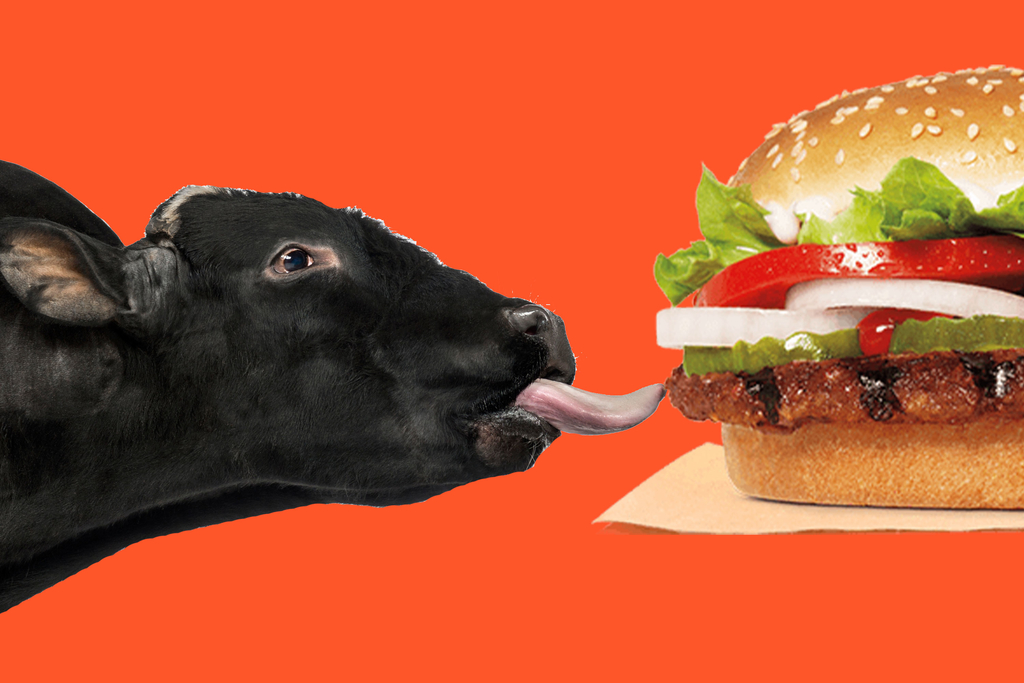 That’s the question fast-food chains are grappling with as they increasingly add plant-based options to their menus—but not necessarily the expanded infrastructure to cook the patties separately.

At Burger King, for example, which will begin offering a burger from Impossible Foods nationwide next week, the employees will cook the trendy patty with the same broiler as regular burgers and chicken unless a customer asks for it to be prepared separately, said Chris Finazzo, Burger King’s president in the Americas region. A&W in the U.S., which is trialing the Beyond Meat Inc. patty at about 20 locations, also cooks the burgers on the same grill, a spokesman said.

“We use the same cooking method,” Burger King’s Finazzo said. “This product tastes exactly like a Whopper. We wouldn’t want to lend our name to just anything. It looks like beef, smells like beef, has the same texture as beef.”

Restaurant Brands International-owned Burger King says 90% of the people who ordered the Impossible Whopper during a trial run this spring are meat eaters, which means most diners may not care if their faux-meat patties are cooked alongside classic beef ones. It doesn’t label the product as vegan and allows guests to ask for their Impossible Whopper to be cooked in the oven instead, according to the company.

But for consumers who actually avoid meat, the potential for contamination could be concerning. Even so, People for the Ethical Treatment of Animals (PETA) said that faux-meat’s presence in growing numbers of restaurants is a positive development.

“It’s really not about the personal purity of what the products are being cooked next to,” said Ashley Byrne, a campaign director for PETA. “People are choosing vegan options because they care about animals and the environment. We think that these benefits really override any concerns about cross-contamination—obviously if someone has an allergy or intolerance, that’s different.”

Impossible Foods said it can’t control how its restaurants cook its product. “We could not force (and we don’t even ask) our restaurant partners to change their business practices, including where and how they cook their burgers,” a spokeswoman for Impossible said.

Beyond Meat didn’t immediately reply to a request for comment.

It’s easier to separate meat from non-meat at fast-food chains where food is cooked in convection ovens or other more individualized methods, rather than with large broilers or grills. At Dunkin’ locations offering a Beyond Meat sausage, the sandwich is cooked separately on individual pieces of parchment paper and the patties are stored “on their own individual portion trays to further prevent cross-contamination,” a spokesman said.

Tim Hortons, another Restaurant Brands chain, said it also cooks and stores separately its Beyond Meat items from its meat.

White Castle says it cooks the Impossible Slider on a separate grill. If space is limited during a busy time, workers clean the grill before cooking it “out of respect for those who are seeking a vegan or vegetarian experience,” vice president Jamie Richardson said in an email.

Carl’s Jr., which carries Beyond Meat, said its restaurants do their best to avoid contact with real meat, “but we do handle animal protein back of house so we cannot claim fully that it’s prepared in any form or fashion,” said Owen Klein, vice president of global culinary innovation for CKE Restaurants, the chain’s parent company.

“We hold all of the plant-based products in separate areas, the utensils used for them are dedicated to those products solely and we do our best to cook to our consumers standards,” he said.

But most Americans, except those practicing a strict vegetarian or vegan lifestyle, may not really care. A growing group of consumers are calling themselves flexitarians, meaning they’re trying to eat less meat, not eliminate it all together.

At A&W in the U.S., for example, guests were asking for the Beyond Meat burger with bacon and cheese, said Sarah Mueller, vice president of marketing. As a result, this week the restaurants started offering the doctored-up version.