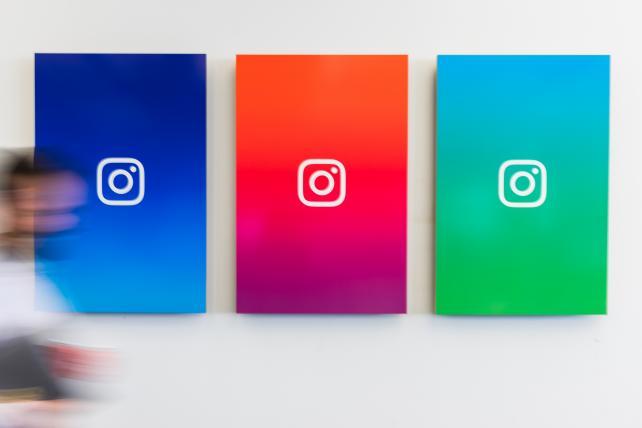 What people are talking about today
Instagram is doing some housekeeping. The Facebook-owned app says it started removing fake "likes," follows and comments from accounts that use apps to artificially inflate their popularity. Basically, Instagram doesn't want anybody faking that; it says in a statement that "every day people come to Instagram to have real experiences, including genuine interactions." Which is an interesting choice of words. Remember when "real experiences" were things that happened offline, in real life? In 2018, it can be hard to keep track of what's real and what's not.

Scale
What's the path forward for big-but-not-huge digital media brands? To fight the internet's total domination by Google and Facebook, BuzzFeed CEO Jonah Peretti would love to see a merger between five or six top internet publishers. Banding together could help them negotiate better terms with the big tech platforms, Peretti tells The New York Times. "You have Vice and Vox Media and Group Nine and Refinery," he says. "There's tons of them that are doing interesting work." If the upside of a mega-merger is more bargaining power through scale and more ad money, there's an obvious downside: layoffs.
Also: Ad Age Media Guy Simon Dumenco (tongue firmly in cheek) suggests some other possible mega-mergers, since they're de rigueur in the industry. Why not think out-of-the-box, like "a merger of the Super Bowl, the World Series and the NBA Finals into one mega sports event," Dumenco writes. "Commercial rates would rocket from the current high (for the Super Bowl) of about $5 million per 30-second spot to at least $14.5 million. Throw the Ultimate Fighting Championship into the mix and we're talking $17 or $18 mil, easy."

The diversity problem
To fight the lack of diversity in the ad and marketing industry, there are new job fairs and events to recruit young talent from different backgrounds, including a cheekily named conference is called Here Are All the Black People, as Ad Age's I-Hsien Sherwood writes. Those efforts are a start. But as Sherwood writes, there's a deeper problem to be tackled:

"The progress made by diversity and inclusion efforts in the industry has largely been concentrated at the entry level. The problems come later: While diverse talent is being found and hired, it's not being sufficiently supported or groomed to reach senior levels."

As one exec told Sherwood: "We are very gung-ho about finding and encouraging these young people and getting them super excited, and then we kind of throw them to the wolves to figure it out."

Just briefly:
Change of plans: "Amazon is now taking a 30 percent cut of ad sales from Fire TV," Ad Age's Garett Sloane writes. "Networks and digital streaming apps used to keep all the revenue, but Amazon is coming for its cut."

'In over his head': The Washington Post's media columnist argues that Facebook founder Mark Zuckerberg is 'embattled and in over his head" and "should — at least — step down as Facebook chairman."

Multitasking: Snap founder Evan Spiegel "spends most board meetings looking at his phone and messaging people on Snapchat," The Information reports, citing "people with knowledge of board discussions."

If you're going to San Francisco: Ad Age takes a look at how agencies there are coping with how expensive it's gotten, and what that means for talent.

Meanwhile in China: The Walt Disney Co. says it "won unconditional approval from Chinese authorities for its $71 billion purchase of assets from 21st Century Fox," Bloomberg News reports. It's one of the last big hurdles cleared.

Thought of the day: If you're making an ad for the Super Bowl this year, "You can't have anything political, even remotely political, that doesn't come across as polarizing. I would try to stay away from that, especially this year. People are worn out," says Peter Daboll, CEO of ad analytics company Ace Metrix, which has analyzed every national TV ad since 2010. Read more from his interview with Ad Age.

Ad of the day: With London's Big Ben getting a renovation, its bells have been mostly silent. So Taco Bell chimed in (sorry) with some replacement ringing sounds. As Ad Age's Jessica Wohl writes, it's a stunt marking the fast food brand's entry to London. The new bell sounds like what you'd get if Taco Bell and Big Ben had a baby – click here to listen.