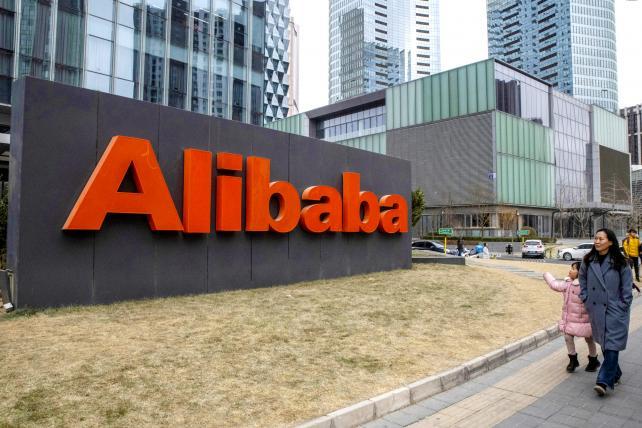 International Women's Day has always been a well-known holiday in China. Women typically get a half-day off from work, and companies arrange special gifts for female staff. But the holiday was more focused on Chinese mothers and older women until companies--including online shopping giant Alibaba Group--stepped in and rebranded it as a shopping day. They often call it "Queen's Day," and they gave it a fresher edge that's appealing to all women, including young, unmarried millennials. It's about embracing your inner queen (and buying lots of stuff for yourself).

Brands sensed a change in the zeitgeist and an opportunity to shift the way a country of 1.4 billion people celebrates a holiday. Let's back up and look at how they did it.

To start with, International Women's Day has typically been referred to in Chinese as "March 8 Fu Nu Day," with the term "Fu Nu" connoting a woman who is family-oriented and married with children.

This image is definitely not relevant to many young Chinese women. According to a 2018 report by LinkedIn and L'Oreal China, Chinese women of the "post-95 generation"--the local term for people born after 1995, which roughly equates to Gen Z--want to be financially independent and cool. Their lives are not just about getting married and raising children; they want to express themselves, live for themselves and be bold and powerful.

This gap in perception created opportunities for brands, especially during a time when China's so-called "She Economy"--an economic phenomenon focused on female spending--is booming. Meanwhile, there is another distinction that international brands need to be aware of.

If we look at Gen Z women in the U.S. and China, both groups have a similar desire to be strong women, but the way they showcase this desire for independence is different. In the West, it often means championing social causes or working for gender equality. In China, it's more about financial independence (independence from the family) and self-realization.

To capture these opportunities, Alibaba's Tmall shopping marketplace started to use the term "Queen's Day" during its March 8th sale extravaganza. The communication angle is very clear: Be yourself, be independent, be the queen of your own world. It is very much about having power and using that power. Other smaller shopping platforms are in the game too, putting their own twist on it; JD.com calls the holiday "Butterfly Day," while luxury e-commerce platform Secoo uses the term "Goddess Day."

The rewards are apparent. For Alibaba, whose annual Singles Day sale in November is the biggest shopping day anywhere in the world, March 8th Queen's Day has become an important sales event in the first half of the year.

It's an opportunity for brands to engage with young Chinese women, not just moms. And that's especially interesting for fashion and beauty brands, since their target audiences in China tend to skew younger than in the U.S. For example, a luxury skincare brand that targets the 30-to-50 age range in the U.S. will typically go for the 22-to-40 set in China. (Women in China start to purchase luxury beauty and skincare products from their early 20s; the mindset is that you need to start early to prevent signs of aging.)

In one Queen's Day campaign this year, Lancôme's Génifique line worked with actress Zhou Dongyu for its advertisement and promotion. Zhou is a 27-year-old actress who is known for her short hair and playful image. In the U.S., Lancôme works with both Lily Collins and Kate Winslet to capture different audiences.

Many brands are also highlighting the self-realization of Chinese women and self-reward. For example, SK II's Tmall Queen's Day message tells women to "make yourself happy, reward yourself."

Leveraging Queen's Day is just a starting point. What's crucial is the understanding behind the cultural values that empower Chinese women to drive the economy and showcase their independence. And that's a deeper topic brands need to understand to find the most relevant angles for engagement.