Plus, McDonald's claps back against labor and the 'Peloton wife' speaks out
READ THIS NEXT
Quibi calls it quits, and a final presidential debate looms: Thursday Wake-Up Call 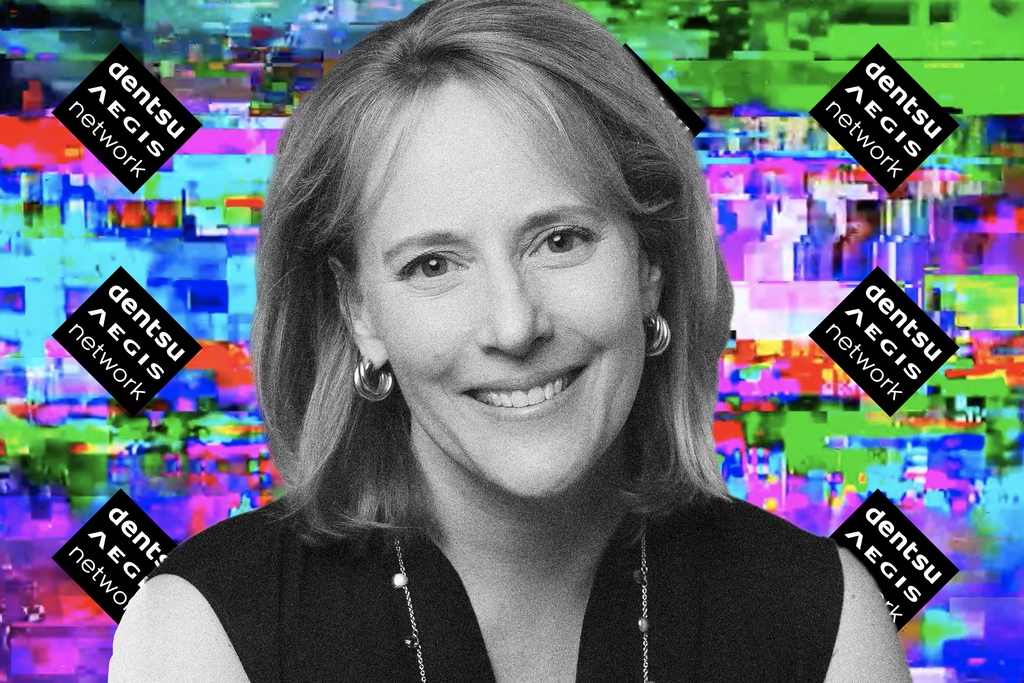 A new CEO at DAN
Dentsu Aegis Network announced early Friday morning that CEO of its American operations Nick Brien would be stepping down, to be replaced by Jacki Kelley.

Brien leaves his post after a two-and-a-half years on the job.

“I am thrilled to be tasked with this important role,” Kelley said in a statement emailed to Ad Age Friday morning. She has been U.S. president and chief client officer of the American unit of the Japanese holding company since March. Prior to that she had been deputy chief operating officer at Bloomberg LP.

“Jacki has been a recognized and admired leader in this industry for over 25 years,” said Brien in a statement emailed to Ad Age. The reasons for his departure were not made immediately clear. “Since bringing her into DAN earlier this year as U.S. president, she has made tremendous progress in architecting our client and brand solutions strategies across all capabilities.”

Dentsu Aegis Network was formed in 2013 to manage parent Dentsu's operations outside of Japan and comprises large agencies including Carat, Isobar, McGarryBowen, 360i and Merkle. Dentsu now generates more than half of its revenue from outside its home market, Brien told Ad Age when he was a guest on the "Ad Lib" podcast last September. Yet Dentsu and Dentsu Aegis Network are less known and less understood in the U.S. than the big holding companies WPP, Omnicom, Publicis and IPG.

McDonald’s wins huge labor case victory
McDonald’s has won a major victory in its legal battle over labor at franchises—and it looks as if has burger-loving friends in the Trump administration to thank. The case posed a major threat to McDonald’s franchise model, as the company would have been held responsible for alleged labor violations in franchisees’ restaurants.

Bloomberg News reports that the National Labor Relations Board reversed course in the case, which has been running since 2012, after President Donald Trump’s appointees to the agency took over. According to Bloomberg: “The federal labor board in a 2-1 ruling Dec. 12 ordered an agency judge to approve a roughly $170,000 settlement between McDonald’s franchisees and their workers that also absolves the fast food giant from any direct responsibility as a joint employer—the central goal of Obama administration officials who initiated the prosecution.”

The case is the largest ever adjudicated in the history of the NLRB; Bloomberg has a deeper dive into its history and relations with Trump's White House here.  In a statement, McDonald’s said it was “pleased” that the case had been concluded, and that the decision “allows our franchisees and their employees to move forward, and resolves all matters without any admission of wrongdoing.”

U.K. election result signals Brexit
This edition of Wake-Up Call is coming to you from the U.K., which this morning has woken up to a dramatic election victory for Boris Johnson and the Conservative party, signaling that Brexit is now likely to go ahead. Johnson has won a majority of 76 seats, reports the BBC, the largest since Margaret Thatcher in the 1987 election, which will give him a mandate to get his Brexit agreement through the U.K. Parliament.

In his victory speech, Johnson hailed a "new dawn" for the country. However, the result will come as a blow to many in the London-based advertising and creative industries. In contrast to many areas of the U.K., London voted heavily against the Conservatives and is vociferously anti-Brexit. Yesterday on social media many high profile ad execs urged people not to vote for Johnson and when the exit poll was revealed last night, veteran creative and owner of agency BMB Trevor Beattie tweeted, quoting David Bowie:

“All the nightmares came today. And it looks as though they’re here to stay.”

In a press release issued this morning, Paul Bainsfair, director of the Institute for Practitioners in Advertising, called for "clarity" over Brexit, adding "We need clarity on access to EU talent – our industry relies on diverse minds from all backgrounds; we need clarity on political advertising for which we continue to lobby for a machine-ready universal register of all political ads online."

The Peloton wife speaks out
It’s over a week old now, but the saga of the Peloton ad pedals on: yesterday Monica Ruiz, the actress who plays in the wife in the widely-slammed ad, gave an interview to NBC’s Today Show.

As Ad Age’s E.J. Schultz reports, Ruiz, who “came off as likeable and as taking everything in her stride,” humorously blamed her eyebrows for the ad’s reception, saying: “Honestly, I think it was just my face ... my eyebrows looked worried, I guess,”

Ruiz last weekend appeared in an ad for Ryan Reynolds’ Aviation Gin that appeared to parody Peloton, and Reynolds joined her in the interview, explaining that it was created after George Dewey, president of his production company, Maximum Effort Productions, had sent him the Peloton spot. Reynolds then suggested sending Ruiz a year’s supply of gin, and it “evolved from there.”

Facebook warning: Regulators are considering a plan to stop Facebook from further integrating Instagram and WhatsApp, reports Ad Age's Garett Sloane. The Federal Trade Commission could seek an injunction against Facebook in the new year and “in the most extreme scenario Facebook could be forced to divest WhatsApp and Instagram or rearrange its business relationship with the companies.”

Product launch of the day: Nike is introducing a new “modest swimwear line,” writes Ad Age’s Ann-Christine Diaz, following the successful launch of the Pro Hijab for Muslim athletes in 2017. The Nike Victory Swim Collection includes pieces such as a full-body- suit, a hijab designed to keep hair in place under water, tunics and leggings.

The final deadline is approaching to enter the Ad Age A-List awards: Entries must be in by Dec. 19. Find out how to enter here.