Plus, Pinterest gets into live events
READ THIS NEXT
Celebrating AAPI creative excellence 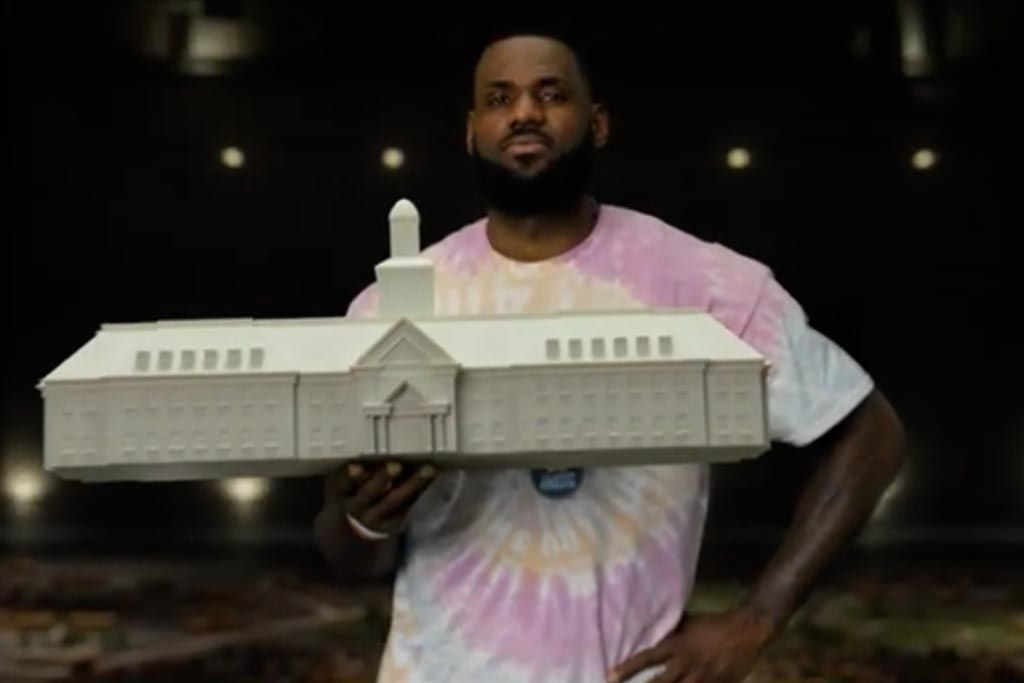 King James gets his dance moves on in his first ad for PepsiCo since leaving Coca-Cola earlier this year. Basketball star LeBron James becomes the “Salsa King” in a spot for Mtn Dew’s new energy drink Mtn Dew Rise Energy that takes a peek into an alternate version of his life—had he allowed himself to become distracted from his hoop and business goals.

The campaign, from TBWA\Chiat\Day NY, positions the energy drink as a morning beverage, setting it apart from rivals in the space, writes Ad Age’s E.J. Schultz. It’s the start of a larger endorsement deal, which includes James representing other PepsiCo brands and social justice initiatives.

Fun fact: The spot features footage from the HBO show “The Shop: Uninterrupted,” produced by James’ own SpringHill Company. Viewers can also catch a view of James’ hometown and Promise School in Akron, Ohio.

Some ‘karma’ for you

Yesterday, Reddit announced its new internal creative agency KarmaLab, which works with brands to create ad campaigns just right for its platform. The “karma” in the name comes from the platform’s “karma” point system, which is how users show appreciation for the content they like best.

Ad Age’s Garett Sloane writes that the new creative agency is “meant to formalize how the company works with marketers.” Reddit has already begun working with brands like Samsung and Snickers on campaigns through the agency, which tailors messaging to the way users relate and share information through the platform.

Pinterest is turning its app into a live-event destination. The social network will test a live-event creator concept with a three-day virtual event featuring stars like Jonathan Van Ness and Rebecca Minkoff, and influencers like Hannah Bronfman and Peter Som, reports TechCrunch. The livestream will live directly inside the Pinterest mobile app, allowing up to five “guests” and unlimited viewers. It’s the first time the app has streamed creator content to its 475 million global users.

During the IAB Podcast Upfront on Thursday, iHeartRadio announced a new podcast platform to elevate Latinx voices and stories, called “My Cultura.” Over the year, 30 podcast shows featuring popular Latinx celebrities like Lin-Manuel Miranda, Eva Longoria, Wilmer Valderrama and Rosario Dawson. Miranda and Longoria will start off the new content on June 2 with the podcast “In the Heights: El Sueñito,” about how the upcoming Warner Bros. film “In the Heights” came to be. State Farm has signed on as the platform’s first sponsor.

“Latinx creators drive our culture. And yet, even though almost 20% of the U.S. population is Latinx, this community of creators is still strikingly, consistently underrepresented across media,” said Conal Byrne, CEO of the iHeartMedia Digital Audio Group, in a statement.

Back to the pub: You know that feeling when something you miss seems to appear everywhere you look? Next week, pubs in the U.K. will begin to reopen, and Guinness is here to celebrate with new spot from AMV BBDO where every day items start to resemble pints of Guinness—from stacks of newspapers to rugby socks hung out to dry. The spot also reveals how the beer brand is pledging 30 million pounds ($42 million) to help the hospitality business recover from the pandemic.

Upfront Week is back: Find out what this year's negotiations will look like for your brand at Ad Age's TV Pivot event on May 24 and 25. RSVP now.

Watch this: The mental health of kids and teenagers has seen new lows during the pandemic. Sandy Hook Promise and BBDO New York are out with a series of PSAs that show how the stress and isolation of the past year have increased violence and suicides. It’s a heavy watch, but parents need to know the warning signs.