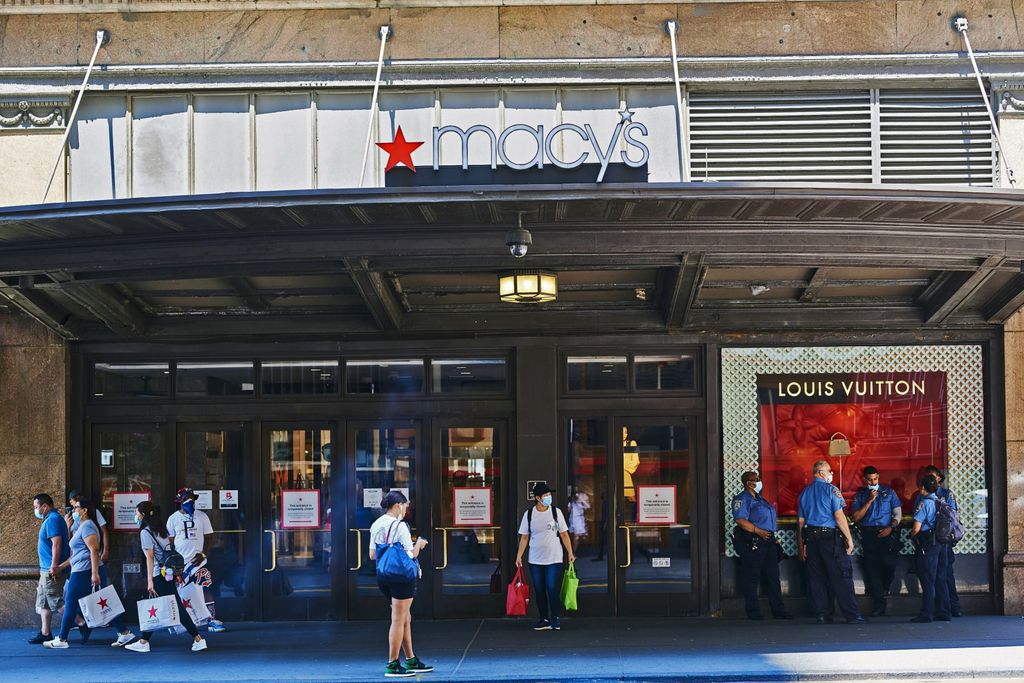 Macy’s Inc. announced plans to slash thousands of back-office jobs in a striking admission that the reeling retail sector won’t be returning to the good old days anytime soon.

The restructuring, including the elimination of about 3,900 corporate and management jobs, is expected to save the company $365 million this fiscal year, then about $630 million a year going forward, it said in a statement.

“We know that we will be a smaller company for the foreseeable future, and our cost base will continue to reflect that moving forward,” Chief Executive Officer Jeff Gennette said.

Shares fell earlier as much as 4.2 percent in New York. The stock was already down 60 percent this year, compared with a 5.6 percent decline in the S&P 500 Index.

The job cuts are in addition to the staff reductions taking place inside stores, along the Macy’s supply chain and in customer support roles. The new round of corporate layoffs adds to fears that many of the measures taken to temporarily furlough employees in the early stages of the pandemic are becoming permanent.

In the wider retail sector, the vast majority of layoffs and furloughs have been at the store level as physical locations remained closed for weeks or months at the onset of the pandemic. But those job cuts have started to trickle up to companies’ headquarters and corporate outposts as well. Gap Inc. laid off at least 10 percent of its corporate employees, according to Business of Fashion, while Dow Jones reported this week a culling at Barnes & Noble Inc.’s New York head office.

Even before the pandemic took off in the U.S., Macy’s had taken steps to slim down. The chain in February as part of its turnaround Polaris strategy said it was cutting about 9 percent of its workforce, or 2,000 jobs.

“Earlier in the year, we announced our Polaris strategy which included major structural changes across the organization. At the time, I was confident that these changes positioned our business for success. Then, a month later, the COVID-19 pandemic hit,” Gennette wrote in an email to staff, obtained by Bloomberg News. “And with that, everything changed."

The fresh layoff news comes just two weeks after the department-store chain heartened investors by announcing it had reopened 450 stores in some capacity and expected to exit the second quarter with a “clean inventory position.” Gennette said at the time reopened stores are performing better than anticipated, initially sending shares soaring.

But share prices have sunk since then, as customers in some markets continue to avoid large indoor retail spaces in favor of online ordering, local businesses or—to the fear of many retailers—not spending money on non-essentials at all. The U.S. savings rate hit an all-time high of 33 percent in April thanks mostly to COVID-19-induced business closures, and some of that frugality seems to be persisting.

“Macy’s has done corporate restructuring in the past and having sales essentially decimated from the pandemic may have forced them to look closer at their cost structure, removing excess costs,” said Poonam Goyal, retail analyst at Bloomberg Intelligence. “Even though stores are reopening, sales aren’t where they used to be. They have to find ways to reduce costs because that’s the one thing that they can control.”

“We do expect other companies to look at their cost structure more closely during the pandemic,” she added.

Macy’s had already been taking steps to shore up access to capital, including leveraging up on new debt. Earlier this month, the company announced a credit line of $3.15 billion backed by its inventories. Including an earlier bond sale, the department-store operator said it had secured $4.5 billion of total new financing.

The company will take a pre-tax cash charge of about $180 million related to the restructuring, mostly in the second quarter. Macy’s also said those workers coming back from furlough will begin to return starting the week of July 5. The company had 123,000 workers at the end of last year, according to a filing.