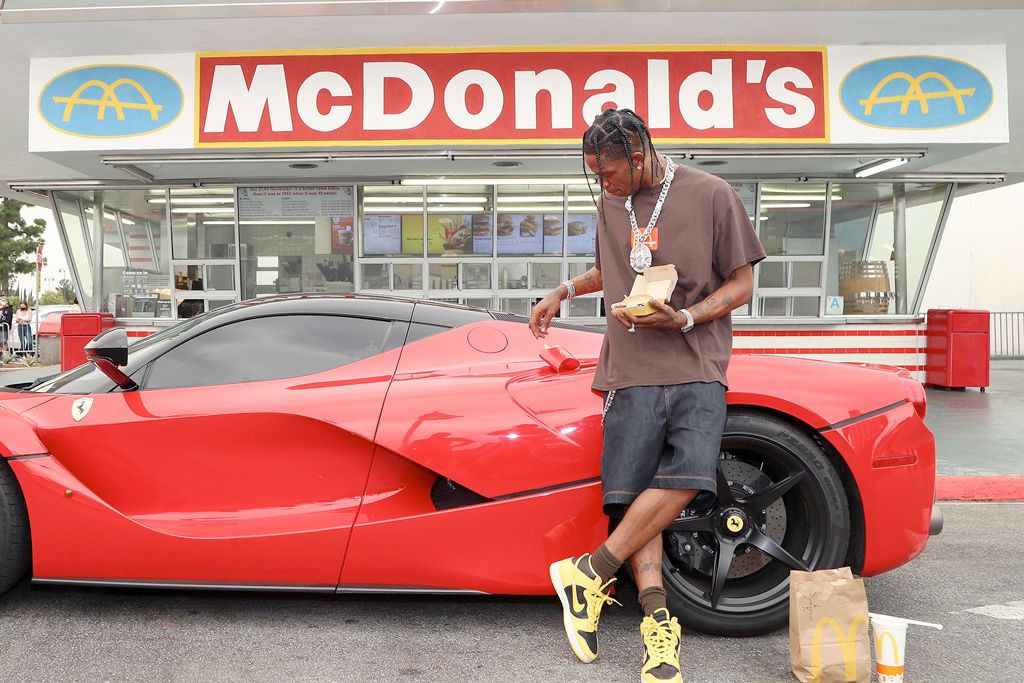 Collab with Travis Scott helped propel sales in the U.S.

McDonald’s reported a return to growth in its home market, even as global sales slipped for a third straight quarter with the pandemic continuing to roil its international units.

The fast-food chain’s global comparable sales fell 2.2% in the third quarter, according to sales results released Thursday for the period ended Sept. 30. U.S. growth of 4.6% was buoyed by a brisk drive-thru business and limited-edition celebrity meals, even as its international units posted declines.

The improving domestic results highlight a growing divide in the restaurant industry, with high-end eateries struggling to survive as quick-service rivals gain market share. The burger giant has emerged as a sector winner during the pandemic after revamping digital options over the past few years, including touchscreen ordering, with drive-thrus and delivery giving an additional lift.

McDonald’s shares were little changed in New York, after closing at a record high Wednesday. Shares were up about 15% this year through Wednesday’s close.

In the U.S., sales continued to strengthen throughout the quarter, with the company seeing low double-digit comparable sales for the month of September, it said. Still, comparable guest counts remained negative, meaning fewer people placed orders—they just spent more whenever they did.

Third-party smartphone data from SafeGraph analyzed by Bloomberg News earlier this week signaled the stronger U.S. sales ahead of McDonald’s own report.

Breakfast has been the most challenging part of day for McDonald’s, as typical commutes to work and school remain disrupted. Still, the chain said comparable sales were positive in the U.S during all parts of the day, signaling even breakfast is inching back. Delivery and drive-thru options have helped buoy sales.

Credit Suisse analyst Lauren Silberman said McDonald’s numbers are impressive and should push back on bearish sentiment around the pace of recovery of breakfast across the industry.

These are “exceptionally impressive results for McDonald’s” and reflect strong execution in areas like “menu innovation, marketing and overall operations,” wrote Silberman, who has an outperform rating on the stock.

Higher comparable sales at breakfast don’t necessarily mean the whole industry is recovering, however, as it might just be that McDonald’s is gaining market share in this segment, said Michael Halen, Bloomberg Intelligence analyst.

“We just don’t know yet, and also you’ve got to remember what’s good for McDonald’s is usually bad for everybody else,” he said.

McDonald's on Wednesday announced the addition of three new sweet breakfast item to its McCafé Bakery menu. The Apple Fritter, Blueberry Muffin and Cinnamon Roll will be available all day from Oct. 28 in the U.S.

Some of the recent U.S. success comes from celebrity tie-ups. This past quarter, McDonald’s partnered with rapper Travis Scott. As a result of the endorsement, the quarter-pounder meal was so popular some locations had burger shortages.

Overseas, comparable sales were negative in France, Spain, Germany and the U.K., it said, while Australia and Japan—where the virus has been more under control—remained positive. Sales were also negative in Latin America and China.

McDonald’s also bumped up the quarterly dividend 3.2% to $1.29 a share. CEO Chris Kempczinski said in a statement that the move “reflects our strong financial position” and confidence in profitable future growth.

The company plans to report full results for the third quarter on Nov. 9.