Plus, brands congratulate the new president-elect, but should they?
READ THIS NEXT
P&G tries to get around Apple’s privacy updates and CMO moves rose 25% in 2020: Friday Wake-Up Call 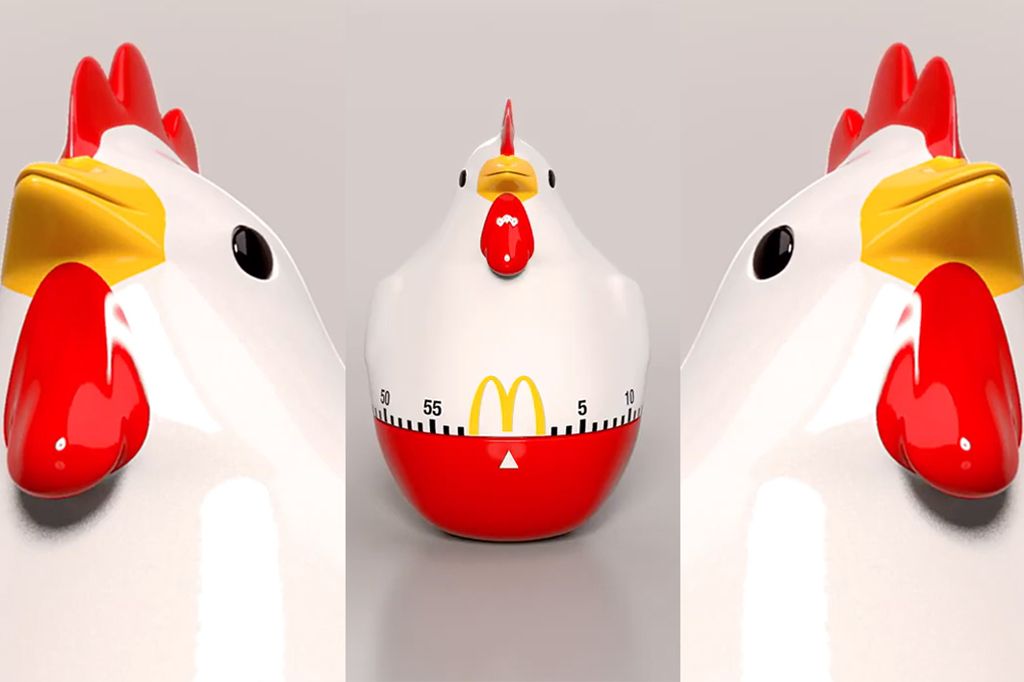 Welcome to the new new normal

Good morning! With the presidential election more or less wrapped up, you would think news would be a little slower, but the opposite is true. Brands, for the most part, have awoken from their politics-induced naps. General Motors, Ford, Fiat Chrysler, Toyota and United Airlines have issued statements of congratulations to President-Elect Joe Biden, writes Ad Age’s E.J. Schultz and Adrianne Pasquarelli.

At any other time, that might seem normal, but Americus Reed, The Whitney M. Young Jr. Professor of Marketing at the University of Pennsylvania’s Wharton School, tells Pasquarelli that during the tense political climate brands might want to refrain from sharing their positions, saying “until there is a strong concession and acceptance, it might be slightly controversial.”

Wendy’s old slogan “Where’s the beef?” can now apply to McDonald’s. McDonald’s is arriving to the meatless party with its own plant-based product, fittingly called McPlant. The quick service restaurant worked with Beyond Meat to create the new patty, pitting it against rival Burger King, which already works with Impossible Foods.

Ad Age’s Jessica Wohl says the name McPlant will “take some getting used to, but definitely beats something like McMeatless or McVeggieBurger.”

Along with a meatless patty, expect more chicken on the menu. McDonald’s will also bring a new fried chicken sandwich to one-up its existing McChicken. The company announced the new items at its virtual investor presentation on Monday, in which the company also outlined its new strategic “Accelerating the Arches” plan, which includes a focus on delivery, its drive-thru and purpose-driven ads, while emphasizing its core menu items and a plan to improve its digital tools, including a new loyalty program.

WeatherTech, known primarily for its car mats, is one of the first brands to announce it's returning to the Super Bowl, marking the brand’s eighth consecutive spot in the Big Game, writes Ad Age’s Jeanine Poggi.

But thanks to the pandemic, there’s an element of uncertainty this year. Mike Magnusson, president and CEO of Pinnacle Advertising, WeatherTech’s agency of record, predicts that the Big Game will not only run on schedule, but that even more attention will be paid to its commercials, thanks to viewers staying home with their families rather than at loud bars or parties.

Four Seasons Total Landscaping, a small Philadelphia business, is getting its day in the sun—and working to capitalize on it—after Donald Trump’s lawyers, led by Rudy Giuliani, chose to address the press there on Saturday after Joe Biden was declared president-elect. It’s unclear why the location was chosen, but it took place in front of an industrial garage door at a business located between a crematorium and a sex shop, and the world found it hilarious.

There was some confusion before, as Trump had to delete a tweet saying the meeting would be held at “Four Seasons, Philadelphia.” The Four Seasons Hotel in Philadelphia had to clarify it wasn’t hosting a press conference. The kerfuffle trended on Twitter and appeared in numerous headlines on Monday from journalists grateful for a laugh and a slowing news cycle. BuzzFeed even spotted players on the multiplayer virtual reality platform VRChat using the scene as a virtual meeting ground for furries…yes, furries.

The business is cashing in on its sudden fame, selling punny Trump merchandise like $5 stickers reading “Make America Rake Again” and “Lawn and Order!”, along with $50 hoodies and $25 shirts with the American flag and the company’s name and founding year.

Ad Age’s Simon Dumenco writes that Giuliani is becoming “quite the pitchman,” referring to the latest episode of “Rudy Giuliani’s Common Sense” podcast, in which the lawyer breaks to do a commercial for a cigar store.

Which leads us to the tweet of the day: 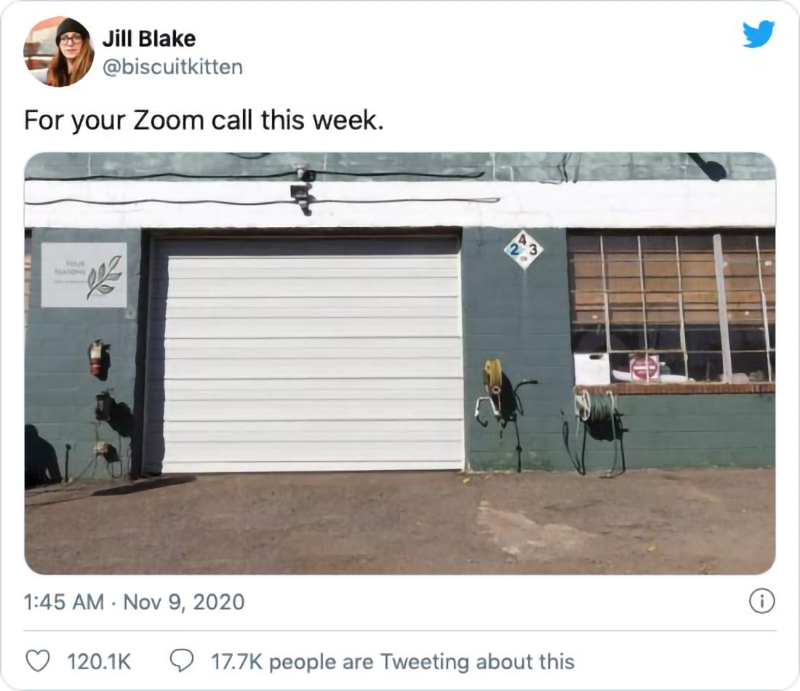 In other food news

Remember when Phyllis from “The Office” starred in a Panera ad as the brand’s social media coordinator to address its French Onion soup fallout? The lovable, feisty character is back, this time in a series of webisodes for fabric and craft store Joann. In the spots, we see Phyllis craft holiday presents while her cardboard cutout tackles work Zoom calls. The entire series, running on social and TV and connected TV, is filmed documentary-style, just like “The Office” days of old.

Ad Age Next: Streaming: Today we host our Ad Age Next: Streaming event. Join us to hear from leaders in the streaming space like CBS News Digital Executive VP and general manager Christy Tanner and Mark Rotblat, chief revenue officer at Tubi, to learn about what's changing in the space and how COVID-19 has influenced strategies. RSVP here.

Creativity Piece of the Day: Ring in the pizza pie? Pizza Hut is out with its first-ever Christmas campaign. In the U.K. the brand is promoting a new Christmas pizza with some festive ingredients like sage and onion stuffing and a red wine gravy. The spot, from ad agency Iris, claims the pizza is the “best thing from 2020.” While we don’t know how appetizing that sounds, we agree with the spot that says: “At least it’s not more turkey.”

Speaking of turkey, would you buy this? Arby’s has sold out of a $60 turkey pillow hats people can use to rest their heads as they go into Thanksgiving food comas. The brand created an infomercial and Snapchat and Instagram filters around the product and plans on giving more away in a contest. We have one question: Wouldn’t the turkey legs get in the way of sleeping on your side?

Blue Ivy Carter narrates ‘Hair Love’ The daughter of Beyoncé and Jay-Z has lent her voice to an audio version of “Hair Love” on Audible. Back in February, the Dove-sponsored animated short film version of the book, written by NFL player-turned filmmaker Matthew A. Cherry, won an Academy Award for telling the story of an African-American father learning how to do his daughter’s hair. 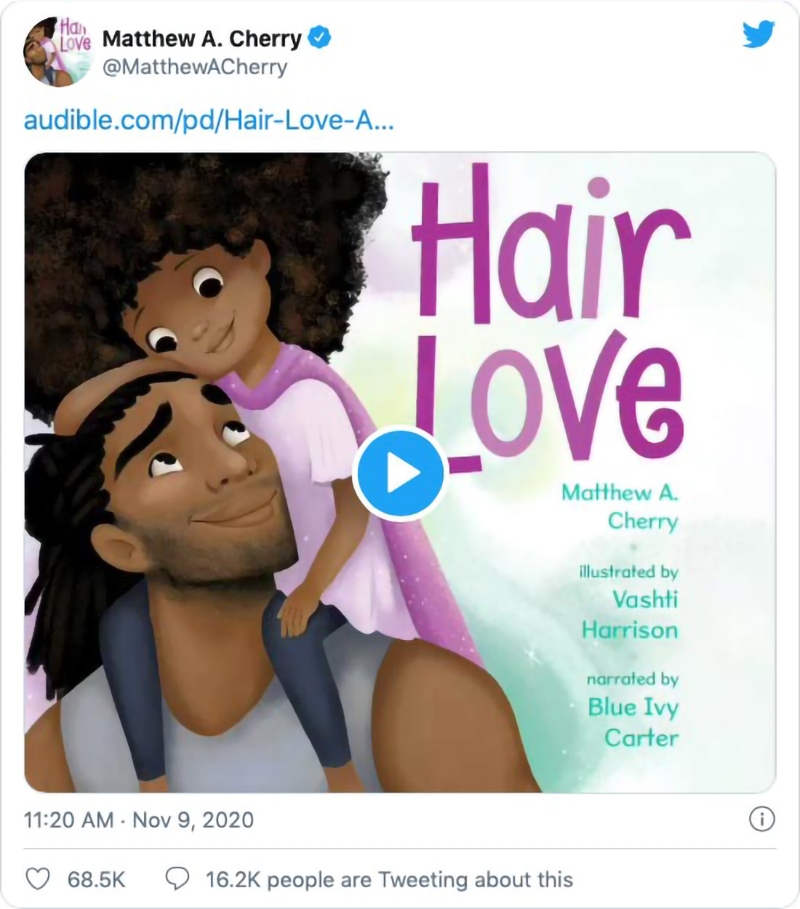