Why Music Fests Like Bonnaroo, Coachella Are Turning Away Big-Name Sponsors 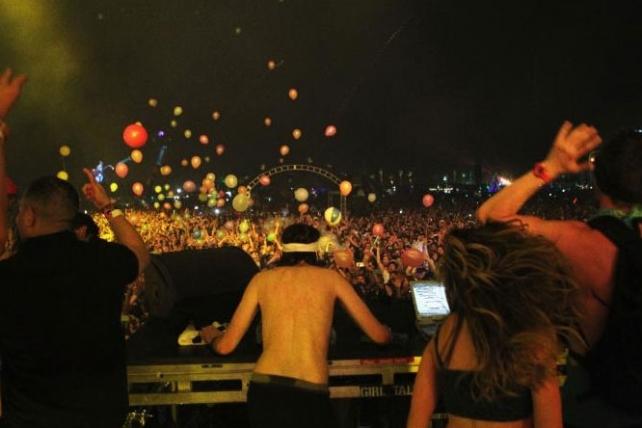 Premier music festivals can rake in $1 million or more by selling stage-naming rights to corporate sponsors. But some top-grossing festivals are keeping brand names off the stage and closer to the crowds for a more interactive experience.

Corporate sponsorships, together with food, drink and merchandising sales, account for as much as 30% of total music-festival revenue, according to people familiar with the industry. Specific figures aren't available, but sponorships are said to bring in the biggest chunk.

Chicago's Lollapalooza is among those that sell stage-naming rights to companies such as Anheuser-Busch InBev's Bud Light, Google Play, Sony and Red Bull. "We see naming rights as a great benefit to go in tandem with an on-site activation, giving sponsors a 360 partnership with the festival," a festival representative said in an e-mail.

"When it comes to sponsorships, there needs to be a value proposition for all the stakeholders, the audience being No. 1," said Richard Goodstone, co-founder of Superfly Productions, co-creator of Bonnaroo. "If we took our main stage and put a brand in there, I couldn't justify the value to the overall fan experience."

"Stage sponsorships are a big moneymaker, but our position has been that when you get 20,000 people in a field and they're looking at brand marketing, they're not focused on the editorial experience of the festival -- the music, " said Matt Frampton, VP-advertising, Pitchfork Media.

Their resistance comes as brands are staging concerts themselves. For example, Budweiser is producing its second annual Budweiser Made in America music event, curated by Jay-Z, on Labor Day weekend in Philadelphia.

But in most cases, festivals work with brands to create sponsorships that jibe with the spirit of the event.

Sponsors for this year's Bonnaroo, held last month, included Ford, Miller Lite, Mattel and Garnier. Mattel furnished an air-conditioned tent where people could play the board game Apples to Apples, while Garnier set up salons with hair-washing stations -- a luxury for the throngs who spend the long weekend at campsites. Ford's Fiesta Garage tent, also air conditioned, was a place for festival goers to see intimate performances from some of the artists, screen print their own T-shirts and charge their phones.

"Every festival offers unique opportunities for AT&T to interact with consumers," said a spokesman for wireless carrier, which works with Coachella, New York's SummerStage and Nashville's CMT Music festival.

Organizers of the Pitchfork festival, which is produced by the eponymous indie-music website, last year teamed up with Intel to showcase video games from independent creators.

"We're not going to be someone's embarrassing uncle trying to fit into a world where he doesn't belong," said Mr. Frampton.