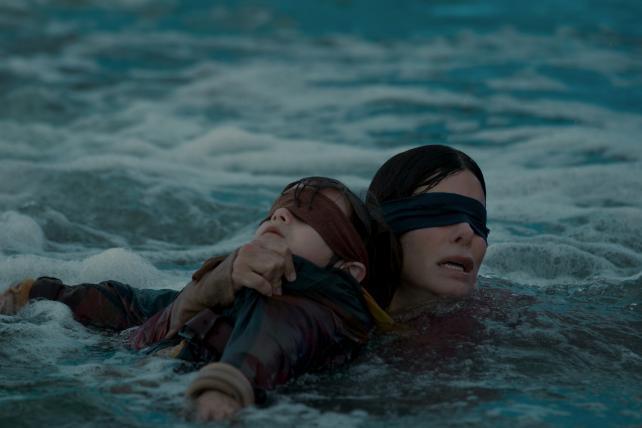 What people are talking about today
YouTube is cracking down on viral videos of dangerous pranks and challenges. The move comes after a plotline in the Netflix thriller "Bird Box" inspired people to put on blindfolds and drive, trek down railroad tracks or walk through traffic. (Yes, people really did those things. And one of them was YouTuber Jake Paul.) Google-owned YouTube also singled out the Tide pod challenge, in which people ate Procter & Gamble's laundry detergent pods. The company says it updated its policies to make it clear that potentially deadly pranks "have no place on YouTube."
There's a two-month grace period before content creators start getting strikes against them. And the new policy doesn't mean all pranks are banned. "YouTube is home to many beloved viral challenges and pranks, but we need to make sure what's funny doesn't cross the line into also being harmful or dangerous," the company says.

Targets
A lot of Americans are unclear about how Facebook ad targeting works. That's one takeaway from a new Pew Research Center report. The study involving 963 U.S. Facebook users found that many people don't know the platform collects information on their interests for ad targeting. Pew reports that 74 percent of Facebook users say they did not know that a "list of their traits and interests existed until they were directed to their page as part of this study." And once they had seen the list, about half of those surveyed said the list made them uncomfortable. Though most of them said the descriptions were accurate.
Facebook's VP for ads, Rob Goldman, tweeted a positive finding from the study, from the company's point of view: "The data shows that 73% of people felt that categories accurately described what they like, and to us that's a good thing because those people will have a better experience on Facebook."

'Bonvoy'
Bye, Marriott Rewards. The loyalty program has a new name now: Marriott Bonvoy. That seems to be a nod to the French expression "bon voyage," but Marriott pronounces the "Bon" as in "Bon Jovi," not the French way. Anyway. As Ad Age's Adrianne Pasquarelli writes, Bonvoy replaces Marriott's previous loyalty brands -- Marriott Rewards but also Ritz-Carlton Rewards and Starwood Preferred Guest. And though the repositioning follows the revelation of a massive customer data breach at Marriott's Starwood brand, the company says this rebranding has been in the works for two years.

Family matters: "Artist Rihanna has sued her father Ronald for using 'Fenty,' their surname, claiming he aimed to extract 'millions of dollars' for his own business," CNBC reports. Rihanna uses the Fenty name on several brands.

Not over yet: Billionaire Eddie Lampert "won a bankruptcy auction for Sears with a plan that will keep the retailer in business and seek to save tens of thousands of jobs," Bloomberg News reports.

TicToc: Bloomberg Media Chief Revenue Officer Keith Grossman talks about the company's consulting business, as well as its TicToc service that streams on Twitter, and which took in over eight figures in revenue in its first year (a figure that surprised the company.) Listen to his conversation with Ad Age Editor Brian Braiker on the Ad Lib podcast.

Fake news: Phony print editions of The Washington Post claimed President Trump stepped down (after writing a resignation letter jotted on a napkin.) The Post says those responsible are from a "trickster activist collective."

Tweet of the day: "Guys, please calm down. It's not like #Gillette's asking you to shave your whole body, wear makeup, perfume, high heels; not eat too much in public and not be above or below a certain weight...Right?" -- Bette Midler