Pantone’s color of the year is a safe (and reassuringly boring) blue: Thursday Wake-Up Call

Plus, CBS Corp. and Viacom are officially reunited
READ THIS NEXT
Sephora plans dozens of new U.S. stores in bet on physical retail resurgence 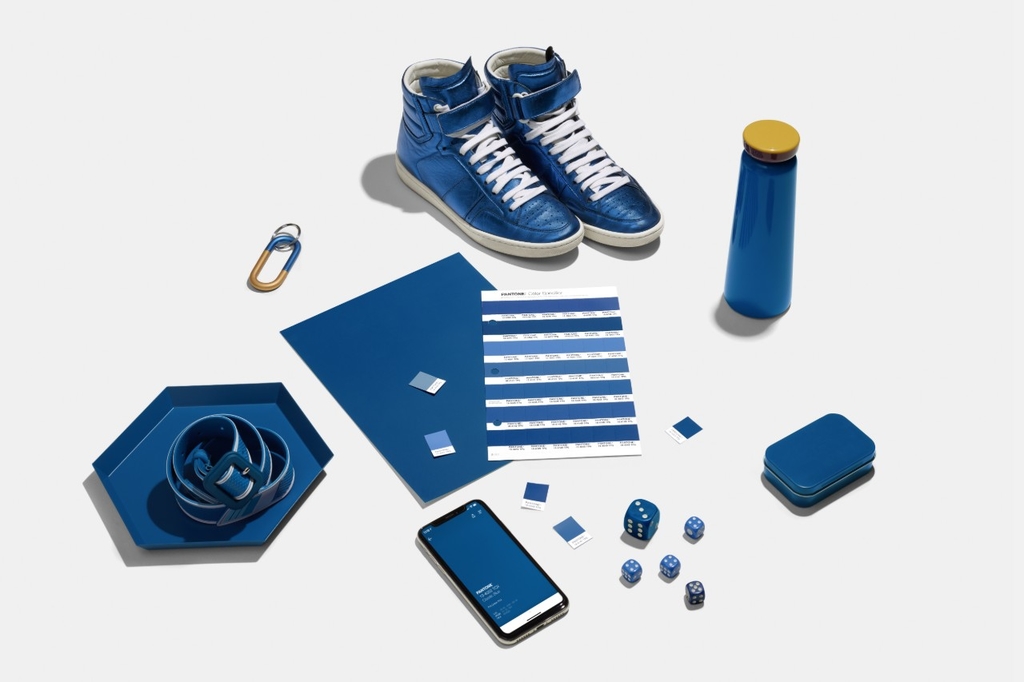 Blue Period
The trend forecasters at Pantone just picked their color of the year, and they know just what we need for 2020: soothing, safe Classic Blue. It’s a color we can count on, one that offends nobody. All kinds of brands use something like it, from Pepsi to Ford to Visa to Facebook. It’s totally unflashy, unlike 2019’s color, Living Coral, and 2018’s hue, Ultra Violet. As Pantone writes in a press release, “Classic Blue symbolizes protection, stability, peace, and confidence, as well as encouraging deep thinking, open mindfulness, and communication.” Sounds nice. We’ll take it.

The goal is to create brand awareness in a “warm, humorous and surprising way," says Posten Norge Marketing Director Monica Solberg. And yes, it’s certainly surprising (though some might say sacrilegious). The social media outrage machine hasn’t kicked into gear over this ad from Posten Norge and Oslo agency Pol, but give it a few days.

CBS+Viacom
It’s official: CBS Corp. and Viacom are back together again. The deal closed yesterday, bringing together assets including the CBS broadcast network and Viacom’s MTV, Nickelodeon, BET and Paramount Pictures. The New York Times writes that the “combination brings together a set of businesses that once dominated the media and entertainment industries but are now fighting to stay relevant in an increasingly digital world.” Both were already controlled by the Redstone family’s media empire, National Amusements, but now they are uniting into a single entity called ViacomCBS. (They are reuniting, actually, since they were already together from 2000 to 2006.) This deal was about scale, but is the new company vast enough in this era of the-bigger-the-better media companies? Variety writes, “ViacomCBS still faces plenty of skepticism in the marketplace about whether it has the size and scale to compete with behemoths such as Disney, Comcast, AT&T, Amazon, Apple and Netflix.” Today, anyway, ViacomCBS is celebrating, and the combined company’s shares start trading on the Nasdaq this morning.

Meanwhile in California: “Although California’s Consumer Privacy Act is just 28 days from taking effect, uncertainty surrounding specific portions of the law remain, including one provision that might prompt major retailers and airlines to end loyalty reward programs in the Golden State,” George P. Slefo writes in Ad Age.

On-brand quote of the day: “We believe that we are the curly fry in a world of regular fries,” says Adrienne Ingoldt, Jack in the Box’s senior VP, chief brand and experience officer. Listen to her conversation with Ad Age’s Jessica Wohl on this week’s Marketer’s Brief podcast (available on iTunes and Spotify.)

Product of the day: “Mattress company Serta teamed up with hip hop musician DJ Clark Kent on a limited-edition sneaker with Serta cooling technology,” according to the Ad Age Marketer’s Brief. Huh.

Ad of the day: The British press is paying rapt attention to a very low-budget ad made by a family-run hardware store in Wales. The family (including their toddler) stars in the heartwarming spot, which the hardware store says only cost $130 to make. The Hafod Hardware ad “blows John Lewis out of the water,” The Guardian proclaims. Watch it for yourself.